How is CIA Funded and the Role That Drugs Play 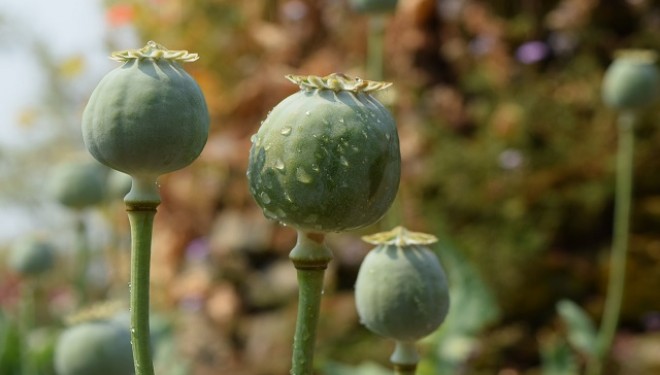 For example, in 1986, the Reagan Administration acknowledged funds from smuggling cocaine had helped to fund the Contra rebels. Operated by Senator John Kerry, the Kerry Committee report was drawn up, based on the hearings of the US Senate Subcommittee on Terrorism, Narcotics and International Operations.

According to a report on Global Research, starting in the early 1980s, the Afghan drugs trade was used to finance “CIA covert support of the Islamic bridges” (1).

In what has been labeled as the Golden Crescent Drug Trade and its “insidious relationship to US intelligence”, the US has been accused of using military planes to ship drugs out of Afghanistan. In 2008, Russia, facing a catastrophic rise in drug addiction, accused the US of being involved with drug trafficking from Afghanistan.

Commenting on reports the US military transport aviation was being used to ship the thousands of tonnes of opium the country produces out of Afghanistan, Zamir Kabulov, Russia’s Ambassador to Afghanistan, told Vesti, Russia’s 24-hour news station:

“If such actions do take place they cannot be undertaken without contact with Afghans. If one Afghan man knows this, at least a half of Afghanistan will know about this sooner or later. That is why I think this is possible, but cannot prove it.”


Why Is the Opium Trade Thriving?

One of the most prolific cases of the CIA’s association with drugs was in 2004 when it was revealed that Ahmed Wali Karzai, the brother of then newly elected President of Afghanistan Hamid Karzi and suspected player in the nation’s thriving illegal opium trade, was on the CIA’s payroll for eight years.

It is alleged that Karzai attempted to obscure the CIA’s association with the drug trade. According to current and former US officials, Karzai received regular payments from the CIA for a number of services, including assisting to recruit a paramilitary force in Afghanistan which operates under the direction of the CIA.

The CIA’s relationship with Ahmed Wali Karzai has been criticized for being evidence that the US is failing to attempt to stamp out Afghanistan’s lucrative opium trade (2).

Media Roots, an organization dedicated to reporting the news from outside party lines (2), claims that it is opium that is keeping military troops in Afghanistan. The report cites a quote by Global Research about the price of opium thriving post US troops invading Afghanistan.

Immediately following the October 2001 invasion, opium markets were restored… By early 2002, the opium price (in dollars/kg) was almost 10 times higher than in 2000. In 2001, under the Taliban opiate production stood at 185 tons, increasing to 3400 tons in 2002 under the US sponsored puppet regime of President Hamid Karzai.”

Media Root’s message is that after 12 years of military occupation in Afghanistan, the country’s opium trade is thriving more than it ever has. Proof of Afghanistan’s thriving opium market can be found in the 2013 UN report Office on Drugs and Crime, which proved that the production of opium has reach record highs.

The harvest this May resulted in 5,500 metric tons of opium, 49 percent higher than last year and more than combine output of the rest of the world,” stated the report (3).

Other Indicators of Involvement

It’s not just the US that is accused of being involved with Afghanistan’s burgeoning drug trade. A report in The Modern Gnostic shows images of British soldiers allegedly harvesting opium just a couple of hundred meters from Camp Bastion perimeter defenses (4).

According to the report, not only has illegal drug production been carried out a stone’s throw from ISAF’s Main Operating Base, but it is being done so under the protection of British soldiers.

Telesurtv also talks of how during the 13 years of the US being in Afghanistan and the CIA’s convert aid, the production of opium has increased 40-fold (5). The report quotes Nikolai Patrushec, Secretary of the Russian Security Council, speaking of how failed policies in Washington has exacerbated existing drugs problems.

Jon Rappoport, an author on Global Research reiterates the claim that the US is exacerbating the opium trade.

Of course, the CIA’s connections to the drug trade in Afghanistan go back a long way, so it’s no surprise that the US war in Afghanistan has facilitated and expanded opium-poppy production,” wrote Rappoport.

As well as exacerbating the Afghan opium trade, the CIA’s alleged connection with drugs had been accused of making the US drug problem worse. According to the Telesurtv report, the CIA allied itself with Columbian drug traffickers to support the Contra war and thanks to the CIA the Contras became heavily involved in the cocaine trade.

The report continues that the CIA turned Mexico into the main cocaine corridor from Columbia to the US and, worse still, are likely to have helped plan the cocaine that was sold in the US and was converted into crack, which ended up addicting many black communities in Los Angeles and then spread across much of the US.

What do you think? Is there any merit to these reports? Could the CIA be involved in the drug trade?