MERS Virus Could Be Bio-Weapon Says Saudi Ministry of Health 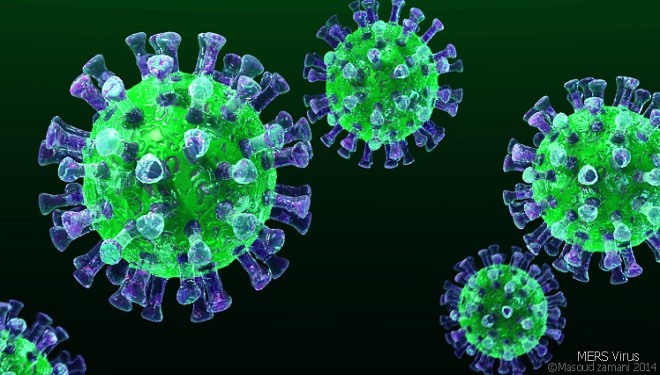 SallyPainter view more articles
Facebook 0 Twitter 0 Pinterest 0 Google 0 LinkedIn 0
In September 2015, it was reported in Arabian Business that a Saudi ministry of health official suggested that MERS (Middle East Respiratory Syndrome) could actually be a biological weapon. At least it’s a plausible explanation for the cross-over from animals to humans (1).

The coronavirus has been known to exist in Saudi Arabia for at least the past 30 years. 74% of the camel population was found to have MERS antibodies. The only way for camels to acquire these would have been from past infections.

The ministry undersecretary for preventive health, Abdullah Asiri stated that the first human case of MERS was reported in 2011. This species cross-over has scientists considering the possibility that the MERS virus was weaponized.

Since June 2012, there have been 1,205 cases of MERs reported with 513 of those patients having died as a result of the virus.

The origin of the virus remains unknown. According to the United States CDC (Centers for Disease Control and Prevention), “It is possible that some people became infected after contact with camels, although more information is needed to figure out the possible role that camels and other animals may play in the transmission of MERS-CoV” (2).

While in Saudi Arabia, the cases of MERS seem to be limited to specific geographic areas. This confinement of the spread of the virus is partly why the possibility of it being a bio-weapon has been suggested. Asiri was quick to point out that such allegations and any subsequent information would have to be verified.

As a precaution, the Saudi government has banned the sacrificing of camels during Haj, the annual Muslim pilgrimage to Mecca. In fact, no camels are allowed entry into “any of the holy sites.”

In June 2015, Top Secret Writers reported that a patient suffering from MERS had been reported in South Korea. As of “June 14, 2015, a total of 145 people have been infected and 15 patients have died.” Patient Zero, a businessman (64) became ill eight days after returning from a trip to Bahrain (3).

According to the World Health Organization (WHO), the patient visited two out-patient clinics and two South Korean health facilities in an attempt to get treatment and was finally correctly diagnosed with MERS (4).

A patient in the same hospital room was later diagnosed with MERS. In fact, most of those subsequently infected seemed to have made contact with the contagion in one of the hospitals patient zero had visited.

However, according to the CDC, MERS hasn’t appeared to transfer in this manner from one patient to another. The CDC website explains that most people who have come into close contact with a MERS infected person weren’t infected and didn’t become ill. The CDC states, “We are still learning about MERS-CoV and how it spreads.”

WHO reports that as of September 11, 2015, the last reported MERS case in Korea was July 4, 2015. A total of 185 cases were reported in Korea and 1 case in China. A total of 36 deaths were reported. The global number of confirmed MERS cases is 1,524 with 544 deaths. This is the largest known MERS outbreak outside Saudi Arabia (5).

What’s being done about MERS Spreading? So far, WHO hasn’t made any advisory about special screenings for travelers returning from Saudi Arabia or any kind of trade restrictions (6).

WHO states that the MERS-CoV is “a newly emerging disease that remains poorly understood.” The organization believes that the virus behavior and evidence points to “dromedary camels can transmit the virus to humans through close contact.”

WHO sponsored investigations in June 2015 in the Republic of Korea, “including the sequencing of viruses and sharing of the findings.” Research on MERS is ongoing.