New Cuban HIV Strain Is Aggressive and Harder to Treat 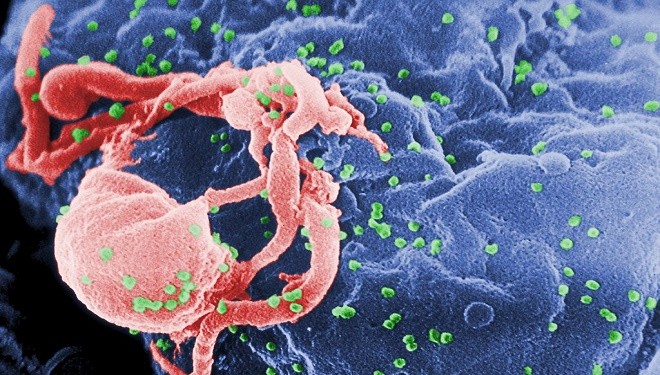 SallyPainter view more articles
Facebook 0 Twitter 0 Pinterest 0 Google 0 LinkedIn 0
A new HIV (Human Immunodeficiency Virus) strain has been diagnosed in Cuba. What makes this new strain so frightening is how it advances faster into AIDS (Acquired Immunodeficiency Syndrome). It is a very aggressive form of HIV compared to the previous known HIV strain.

AIDS is still one of the world’s leading causes of death with 35 million people worldwide infected and living with HIV/AIDS (1).

The concern that a new HIV strain has been discovered is disturbing enough, but the aggressiveness of the strain is alarming. This new strain rapidly accelerates. To understand just how serious the new HIV strain discovered in Cuban is requires a comparison between the previously known HIV and the new Cuban HIV strain.

The time required for the untreated HIV strain to develop into AIDS is 5 to 10 years. The new Cuban HIV strain progresses into AIDS “within three years of infection.” Researchers warn that since the strain is so aggressive typical antiretroviral treatment may be administered too late within the disease cycle to affect the new strain (2).

UPI reported that in an interview with Voice of America, a medical professor at Belgium’s University of Leuven, Anne-Mieke Vandamme said:

So this group of patients that progressed very fast, they were all recently infected. And we know that because they had been HIV-negative tested one or a maximum two years before” (2)

Since they tested negative, they hadn’t received any HIV/AIDS treatment. All of those patients infected with the new HIV strain “developed AIDS within three years.”

Health Map reports that perhaps the biggest distinction of the new HIV variant is that unlike the previously known HIV-subtype, it seems to “play an imperative role in the rapid advancement” (3). Prior to this new strain, it has been the patient’s “pre-existing immune system” that contributed to the development of AIDS, not the HIV-subtype.

There are two types of co-receptors that HIV can use: CCR5 or CXCR4. And in the normal progression of the HIV to AIDS it often happens that the virus switches co-receptor. It almost always starts with using CCR5 and then it switches to CXCR4 after many years. And once it switches the progression to AIDS goes very fast” (3).

Researchers discovered that those suffering from the rapidly advancing HIV were “linked by their variant type of HIV.” This new strain of HIV has “a new recombinant subtype consisting of sub-types A, D, and G.” This new subtype combination was named CRF19.

So far, researchers believe that the sub-type D inclusion in the strain could hold the key to why CRF19 is so aggressive. The sub-type D has an enzyme that assists the HIV virus to accelerate in growth. By robbing other sub-types of their protein, it utilizes them to create “new virus particles.” While the tragic story of HIV/AIDS isn’t in the news headlines as often as it was a decade or two ago, according to the World Health Organization (WHO) it is still a global crisis. However, WHO reports that the disease has been on a decline in the past decade through efforts to reduce the spread and death from HIV.

Expanded access to antiretroviral therapy (ART) and a declining incidence of HIV infection have led to a steep fall globally in the number of adults and children dying from HIV-related causes” (4).

The WHO estimates that “7.6 million [6.9 – 8.4 million] deaths have been averted between 1995 and 2013” thanks to the ART program. In 2013, the “WHO African Region” and other heavily infected HIV regions rate of death was still extremely high with 3 out of 4 people dying from “HIV-related causes.”

Despite world efforts to reduce the spread of HIV, the WHO statistics are still catastrophic. This new and more aggressive HIV strain has the potential to impact world health and thwart the efforts to decrease the spread and death toll of HIV/AIDS.