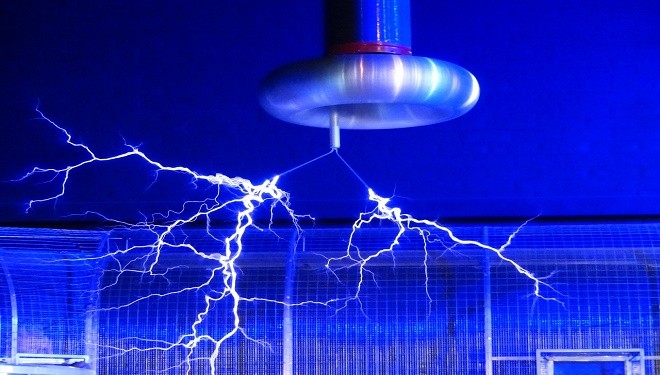 GabriellePickard view more articles
Facebook 0 Twitter 0 Pinterest 0 Google 0 LinkedIn 0
Bad Trip to Edgewood was originally broadcast in 1993 by the UK’s ITV Yorkshire. The documentary film is an exclusive look at the secret chemical experiments conducted by the US Army Chemical Corps in Edgewood Arsenal, Maryland.

Known as the Edgewood Arsenal human experiments, the research took place between 1948 and 1975. The aim of the experiments was to analyze the impact of chemical warfare agents on military personnel to test the likes of vaccines, pharmaceuticals and protective clothing (1).

The documentary can be viewed below and starts by showing clips of animals being cruelly tested in the Edgewood laboratory with the voice over stating that animals were always tested before humans. Clips of cats on LSD and rabbits, monkeys and dogs having their faces forced into machinery and goats being blown up in chemical blasts is shocking and disturbing enough.

However, as the film then describes, such experiments were not confined to animals.

The documentary shows clips of the testing of humans which lasted from 1955 to 1975, in which 7,000 soldiers were used as guinea pigs, half of which were tested with so-called “psycho chemicals” and mind altering drugs. The “medical volunteers” were never told what the chemicals were and when they asked what the drugs were they were told to “not ask questions.”

One particularly shocking scene is of a soldier who has been given a dosage of the drug PSB and told to complete an obstacle course. The man is obviously disoriented and when interviewed after the exercise is notably forgetful and erratic, claiming he could “run 100 miles.”

The film shows evidence of many of the armies fittest and most intelligent soldiers being given the BZ secret compound. The compound leads to complete stupor for three days followed by loss of memory. The army wanted to see how quickly the drug could incapacitate their best soldiers.

Volunteers were given doses of LSD and in one case a man received a dose 100 time higher than a normal trip. The film shows the man erratically laughing. Another man, also on LSD, is asked to do some simple sums of which he couldn’t do and actually said out loud that he felt “incapacitated.”

The film interviews the same soldier years later at the time the documentary was made and he explained how he had the worst headache he had ever had when given those drugs, which lasted for days.

During the documentary, the film explains how the volunteers were told to keep the experiments a secret but as the film shows, for some of the soldiers, the experiments were to have devastating consequences.

Perhaps even more outrageously, the documentary goes on to show how during the 1950s the military would carry out secret experiments in public. Known as “Operation Big City”, the experiments involved bacteria be pumped out by undercover agents onto the streets of New York.

One of earliest experiments, which involved bacteria being spread in San Francisco in 1951, had fatal consequences. 11 hospital patients developed a mysterious infection and one of the patients died from the secret bacteria.

Another particularly shocking clip is of Private James Dell, a medical volunteer at Edgewood in 1959, talking of the repercussions the experiments have had on him. Dell explains of how he had in the ensuing years developed diabetes, had a nervous breakdown, a how he was a “complete vegetable” for years during the 1980s.

Private Steve Bonner, another medical “volunteer”, speaks of how his personality changed after his time at Edgewood, how he has gone from a passive person to an individual with an extremely bad temper. Bonner explains how he has had violent episodes with his children and his wife and that because of the secrecy about Edgewood he couldn’t tell his wife about why he was experiencing these violent seizures until sometime in the 1980s.

The film ends with a former volunteer talking about how the Edgewood soldiers want to be what they were and not what they have become, alongside a shocking clip of a young man sitting in a booth, high on drugs, unable to work out a simple mathematical sum.

I have to admit that after watching A Bad Trip to Edgewood I had a sickening feeling in my stomach. My thoughts kept returning to the film and it took a while to get it out of my system. Share your thoughts on the video in the comments.