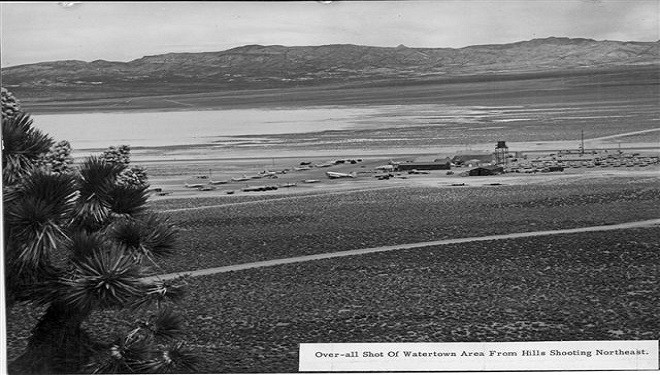 Mark Whittington view more articles
Facebook 0 Twitter 0 Pinterest 0 Google 0 LinkedIn 0
There is something about the military space program that excites the interest of conspiracy theorists. By its nature, much of what the military does in space is shrouded in secrecy. Hence, people with over-active imaginations and a hint of paranoia are often given to filling in the blanks.

Most people have heard stories of alien space technology being tested at Area 51 (1), a secret facility in Nevada.

The facility, never officially admitted to, is apparently used to develop and test experimental aircraft and weapons systems.

While no evidence exists that the military is reverse engineering alien technology, derived it is said from the UFO crash at Roswell, Area 51 has entered popular culture, particularly as part of the long-running TV series The X Files and the smash-hit film about alien invasions, Independence Day.

Even more lurid is the conspiracy theory that suggests that the military is conducting a secret space program (2), for purposes as yet unknown.

The scale of the alleged program seems to be on a greater scale than the public one, consisting of NASA’s International Space Station and robotic probes to the planets and moons of the solar system. Aliens could be involved. The purpose may be to get the elite off the planet before environmental catastrophe destroys it.

The real military space program is concerned with mundane but vital support for war fighting on Earth. As Wired points out (3), the military and the NSA have a number of satellites designed to keep tabs on what is happening on Earth.

Lacrosse and Keyhole provide real-time images of what is going on upon the Earth’s surface. The things that the military are interested in keeping a watch on range from military deployments by foreign powers, the building of facilities in foreign countries that might prove to be a concern (for example, Iranian nuclear bomb facilities) and the location of terrorist leaders, such as the late Osama bin Laden and the current leadership of ISIS.

The NSA is interested in monitoring communications, presumably of terrorists and other threats to national security. This ability has caused concerns among civil libertarians, because the spy agency has the ability to monitor calls and emails to and from American citizens. Can the needs of national security be balanced by Constitutional protections? The argument is ongoing.

The military also uses the same global positioning system that your car uses for its own navigation needs. The system is even used to guide missiles and bombs precisely onto their targets, reducing the possibility of collateral damage.

The military does not currently have a crewed space program (4). It did at one time, during the 1960s, called the Manned Orbiting Laboratory (5). The idea was that a space station would be launched into polar orbit.

Military astronauts would ride to and from the facility in an enhanced version of the Gemini spacecraft and conduct real-time reconnaissance of the Earth’s surface. The program was cancelled in 1969 when it was judged that satellites had become advanced enough to perform Earth observation without human presence. Most of the military astronauts transferred to NASA and eventually flew on the space shuttle.

Rumors aside, the military never had its own dedicated space shuttle orbiter. Plans existed at one time to launch a space shuttle from Vandenberg Air Force Base on a polar orbit missions.

A number of secret military payloads were launched on the space shuttle from Florida, but the practice was discontinued after the Challenger accident, and the military switched to expendable rockets.

One military space program that has excited interest is a reusable space plane called the X-37B (6). The X-37B has been launched into orbit several times on secret missions lasting for around a year.

The official story is that the space plane, which has no crew, is being used to run experiments from its own cargo bay. Some have speculated that the X-37B is a prototype of a vehicle that can quickly deploy satellites in the event of war as well as space-based weapons, either to attack enemy satellites or defend American satellites against enemy attack. Thus far, the military is neither confirming nor denying this speculation.