US Government Claims to Fight Terrorists While CIA Provides Them Weapons 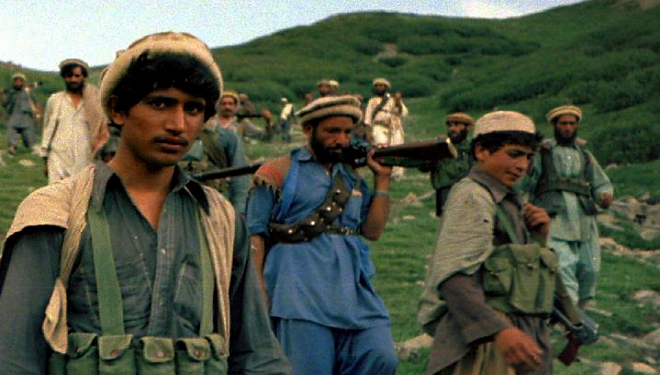 Mark Whittington view more articles
Facebook 0 Twitter 0 Pinterest 0 Google 0 LinkedIn 0
The collapse of the Obama administration’s attempt to arm and train a Syrian rebel army was more than just an embarrassment for the White House and a waste of about $500 million. The failure illustrates the danger that the American government faces when it attempts these sorts of operations in the Middle East.

According to a story in the Associated Press (1), roughly 60 percent to 80 percent of the weapons provided to these “moderate” rebels wound up in the hands of extremist groups affiliated with Al Qaeda and ISIS (2).

Some of the rebels were captured and their arms taken. But an astonishing number simply defected to the enemy, taking their weapons with them. Why this happened has not yet been thoroughly examined. Very likely the CIA and the Defense Department did not properly vet and control the fighters they were training.

Loyalties in the Middle East tend not to be so much national, but tribal and even familial. Keeping one’s allies friendly is an arduous task in that part of the world.

The administration is shifting its strategy and is now trying to arm existing rebel groups. The same danger of weapons falling into the hands of fighters who do not have the best interest of the United States at heart still adheres, but it looks like the White House thinks it is a risk worth taking.

CNN reported that a shipment of ammunition and grenades has already been air dropped to a group in Northern Syria called the Syrian Arab Coalition that the CIA has vetted (3).


American Weapons in the Middle East

The problem of American weapons in the Middle East used to arm US allies falling into the hands of its enemies is an old one. As RT reported that when ISIS overran the Iraqi city of Mosul, the terrorist army captured a treasure trove of weapons, including hundreds of Humvees and a great many light and heavy weapons (4).

These weapons have given ISIS an offensive punch that it has used to gain territory in both Iraq and Syria in its drive to create an Islamic State.

Newsweek reports that the same thing is happening in Afghanistan (5). When American forces swept through that country in the wake of the 9/11 attacks, driving the Taliban out of power, they stayed to attempt to build up a stable Afghan state, which meant arming and training an Afghan Army and security establishment.

Unfortunately, many corrupt members of the Afghan security forces have sold their arms to Taliban insurgents. The American military seems to be at a lost as to how to stop the practice. Ironically, Afghan soldiers engaged in the same practice during the Soviet occupation, selling their Russian-made arms to the Mujahidin guerrillas.

An urban myth has grown up surrounding the effort by the United States to arm the Afghan mujahidin. Some analysts have conflated the mujahidin with the Taliban, suggesting that the United States armed the group to fight the Soviets, only to see it become an enemy in the wake of 9/11 As Michael Rubin wrote in The Washington Institute (6), the situation was a little bit more complicated. The Problem with Local Allies

The Taliban arose in Afghanistan after the withdrawal of the Red Army and the ending of American involvement in that country.

Chaos reigned in Afghanistan in the early 1990s, with various armed groups fighting for control of the country. The Taliban, consisting of foreign fighters from Arab countries as well as former mujahidin, arose as an effort to restore order, using religion and military force.

The group did not exist during the 1980s. It was supported, not by the United States which had washed its hands of Afghanistan, but by Pakistani intelligence.

The problem of keeping local allies loyal and arms out of the hands of an enemy may be intractable, considering the tribal culture in the Middle East.