Did CBS Edit Applause for Hillary Clinton Into Debates? 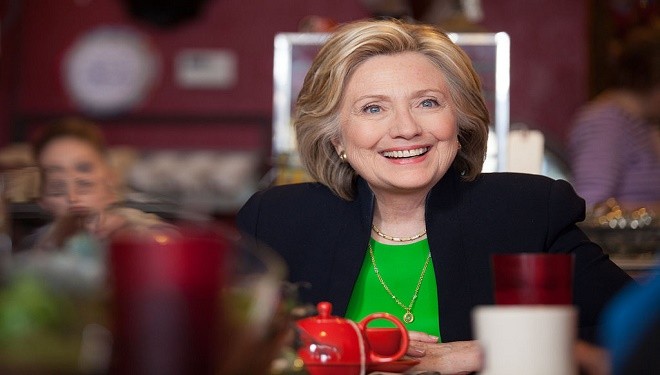 GabriellePickard view more articles
Facebook 0 Twitter 0 Pinterest 0 Google 0 LinkedIn 0
On November 14, 2015, three candidates took part in the second Democratic debate at Drake University in Des Moines, Iowa. One intriguing feature of the televised debate has been called into question and has created quite a storm on the Internet.

During the debate between Hilary Clinton, Bernie Sanders and Martin O’Malley, hosted by CBS, Hilary Clinton makes a speech about 9/11 and how she was supported for her work in the aftermath of 9/11.

Toward the end of the speech, a rapturous applause can be heard. The camera then cuts to the audience and it looks like only one person in the audience is clapping, despite the applause still being heard.

The incident was picked up by viewers, who made comments about it on YouTube.

For example, Vincent Najger, refers to the alleged edited applause as an “applause track farce”, writing:

“Hilary spouts something about the something… there is a ROAR of applause … cut to overhead shot, and there is literally only ONE person clapping… an Applause Track for Hilary? How much more proof I need that this is a farce?” (1)

The alleged applause edit has also caused quite a commotion on Reddit, generating a string of comments. One Reddit reader commented:

“Everyone I watched it with noticed. They were applauding her every time she stopped speaking. Lol. When she didn’t even say anything good. I thought they must be all Hilary plants” (2).

One reader makes an interesting observation, claiming that most of the audience at the CBS Democratic debates is made up of Democratic National Committee (DCN) donors and “activists”. The Reddit reader goes on to say that the debates are designed by the DCN to be “Clinton photo-ops demonstrating her popularity and electability.”

The comment notes how the current head of the DCN is Debbi Wasserman-Shultz, Hilary Clinton’s 2008 campaign chair.

“She [Debbi Wasserman-Shultz] will most assuredly make certain that the room is full of people who will applaud every mediocre thing Clinton says,” the comment reads.

This is not the first time clapping during televised studio political debates have been called into question. In 2010 in the UK ahead of the general election, a clapping ban was made for the TV debates between the candidates. In a landmark ruling, it was decided that the televised election debates between David Cameron, Gordon Brown and Nick Clegg would take place in near silence.

While the ban on applause was allegedly to enable more time for questions, as the Daily Mail noted at the time, it was understood that the “parties were nervous that studio audience reaction could influence viewers” (3).

In terms of the CBS News debate, it certainly looks as if the applause that can be heard but cannot be seen when cut to the audience could be a purposeful manipulation by CBS to drum up support for Hilary Clinton.

However, we also cannot ignore the fact that if the room was, as the Reddit reader notes, full of pro-Clinton DCN donors, why would CBS News need to forge an applause, as one would assume the room would be full of rapturous applause towards Clinton anyway?

In Jeremy Butler’s book ‘Television: Critical Methods and Applications,” the author notes how applauses have long been manipulated through methods such as flashing “applause signs.”

While the CBS News debate has been clearly edited and there appears to be a blatant discrepancy between the sound of an applause and the action taking place in the audience, would CBS News be so sloppy as to leave an deliberate editing action designed to help sway public opinion in favor of Clinton there for everyone to see and pick up on?

What are your views on the so-called clapping farce? Here at Top Secret Writers we love to hear our readers’ thoughts and views about pressing issues, theories and debates.