Is Cybersecurity Bill a Guise for Government Data Sharing? 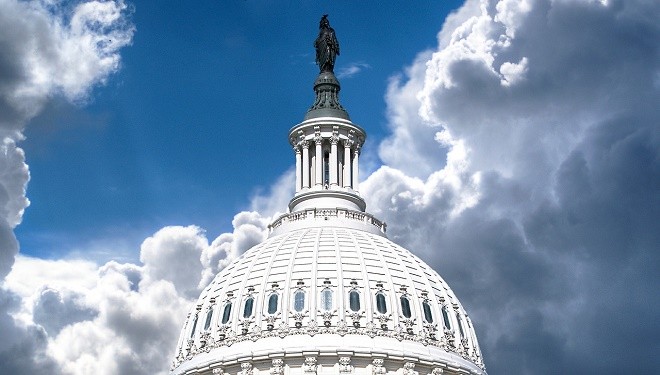 Jeri Simpson view more articles
Facebook 0 Twitter 0 Pinterest 0 Google 0 LinkedIn 0
The United States government doesn’t have the best record when it comes to protecting the privacy of its citizens. Just think back to Edward Snowden and his whistleblower announcement in 2013 that exposed the National Security Agency for gathering private information and spying on pretty much every man, woman, and child within the country.

It was the first major breakthrough that verified the U.S. government was actively collecting information (1). Under the guise of the Patriot Act, security agencies secretly gathered information on citizens and foreigners alike. There was public outcry as people fought for their liberties, while others seemed unscathed, stating they simply had nothing to hide.

Opinions aside, the government was caught with documents revealing information about secret missions and even just text message conversations between families.

Even though the released documents caused plenty of public outcry, the government is furthering their agenda with the latest bill signed by the Senate.

Initially introduced in March, the bill is part of the Cybersecurity Information Sharing Act (CISA), also known as S. 754 (2). The bill is said to protect businesses and government agencies from cybersecurity attacks like last year’s Target incident or this year’s T-Mobile and Experian situations (3)(4).

The bill is meant to create liability protection for companies that willingly share cyber-threat data with government agencies, preventing companies from facing lawsuits should information be shared.

Just last week the Senate approved the bill with a 74-21 split in favor with support from Democrats and Republicans (5). Business interests support the bill because it eliminates legal ramifications for private sector companies to share gathered information with government agencies.

The bill has been met with a gratuitous amount of opposition. In addition to the 21 Senators that voted against the bill, many technology industry officials have voiced their concerns. This includes the likes of prominent companies like Apple, Dropbox, and Facebook (6). Many of these companies even spoke out in an open letter to Congress (7).

Many in opposition cited the bill didn’t fulfill adequate privacy rights for citizens. Organizations aimed at protecting consumer rights also reached out to officials to protect civil liberties (9). The Center for Democracy & Technology’s Senior Counsel and Director of the Freedom, Security and Technology Project said:

Passage of CISA is a huge step backwards for privacy rights in the United States. Now, more personal information will be shared with the NSA and with law enforcement agencies, and that information will certainly be used for purposes other than enhancing cybersecurity” (10).

Now, rather than just worrying about the number of red flag words they’re mentioning on Twitter, U.S. citizens will also have to worry about the content of files stored on the cloud or if any of their shopping cart items raise a red flag on their credit card.

The Senate approval for the bill is somewhat shocking considering the bill was introduced with the exact same wording as the Cyber Intelligence Sharing and Protection Act (CISPA) (H.R. 3523) that was shut down years before (11). The bill had passed the House but died before being addressed by the Senate. The new bill, has since been dubbed as the ‘zombie bill.’

Many of the presidential candidates showed rousing support for the new bill, regardless of constituent outcry that begs for more privacy and protection for civil liberties. Only Democratic candidate Bernie Sanders voted against the bill (12).

To make it to law, the bill must also pass in the House of Representatives. If it succeeds, the President is not expected to veto the bill.