The Mysterious Hendricus Loos and His Nervous System Manipulation Devices

One of the latest patented devices, utilizes a television or computer monitor to send electromagnetic waves to the viewer (1). The electrical charge accumulates on the skin and triggers the nervous system to behave in a controlled manner. The device is thought to potentially impact the endocrine system as well, granting access to hormones and brain function, as well as the ability to control other body systems.

The patent holder, Hendricus G. Loos, also holds many other patents for similar devices. Since 1978, Dr. Loos has been issued patents for eleven devices, largely of which are aimed at nervous system manipulation (2).

If you’re not scared or intimidated just yet, we’re not done.

The man behind the patents has quite a history of his own. Prior to his work with nervous system manipulation, Dr. Loos worked with other companies. In the late 1950s, his work with Plasmadyne Corporation yielded a patent for an “apparatus and method for generating and containing plasma having ultrahigh temperatures” (3).

A few years later, he worked with Douglas Aircraft’s Advanced Research Department studying electromagnetic fields, utilizing the Yang-Mills theory (4). He continued his research, publishing yet another article about Yang-Mills fields in 1969 in the American Physical Society Journal (5).

In the 1980s, it seems he set up shop in his Fallbrook, California home and developed Laguna Research Laboratory, working on government projects with the likes of the Department of Defense, the Department of Health and Human Services, and the Defense Advanced Research Projects Agency, commonly known as DARPA (6). The projects include cost effective therapeutic aerosol devices and memory storage devices capable of learning.

During his work with Laguna Research Laboratory, Hendricus Loos participated in a conference with Neural Information Processing Systems, publishing a paper on Reflexive Associative Memories (7). Correlating documents can also be found in the Defense Technical Information Center (8). 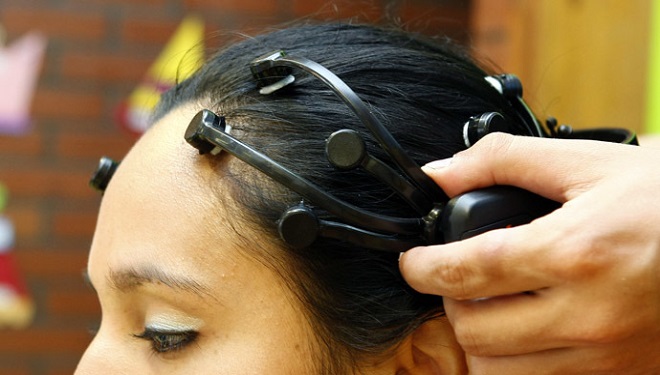 Shortly after patenting his latest device, Hendricus Loos took on the roll of President at Cuewave Corporation. Jansje Loos filed for the business license (Entity Number: C2396570) in 2003, utilizing the same Fallbrook, California address, as well as an additional residential address in Laguna Beach, California (9).

The company’s own site, www.cuewave.com, is nothing more than a copy of site for an advertising business located in India. Any search for the business yields nothing more than directory listings. The listings themselves provide little additional data, other than the business is listed for “Commercial Physical Research” and has a Standard Industrial Classification (SIC) code of 8731 (10). This classifies them for commercial physical and biological research (11). The license is still active with the Secretary of State and has been for the past 11 years.

Outside of this information, Dr. Hendricus G. Loos – who also goes by Dr. Henry Loos and Dr. Hank Loos – along with his Cuewave Corp and his nervous system manipulation devices are a mystery. The kind of mystery that makes you wonder if the mind control we see in science fiction movies may really be right around the corner.