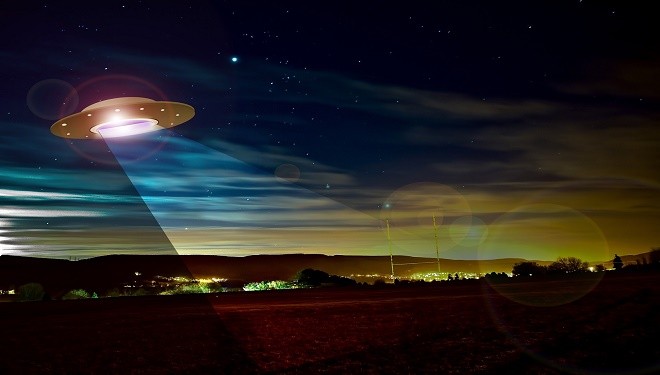 Mark Whittington view more articles
Facebook 0 Twitter 0 Pinterest 0 Google 0 LinkedIn 0
With the holidays upon us, it is fun to remember that the story of Christmas begins when three wise men from the East see a mysterious light in the sky and follow it to the town of Bethlehem, where the infant son of God lies in a manger. Was that light a supernova? A miracle of God? An alien spaceship? Opinions vary, according to one’s faith.

So, it is a good time to review some of the UFO stories from recent weeks as reported on Reddit (1).

In early December, a person calling himself Bottled Apple, living in a rural area in South Australia, spotted something very strange in the night sky (2).

It’s night here…I live in a rural location in South Australia…I saw flying over the trees at the back of my property, one light…red…it seemed to be making a sort of jet plane noise. I watched but lost it behind the trees/clouds…when it emerged it was lit up like Christmas red and white lights….it was MASSIVe and shaped sort of like the Maltese Falcon! I’ve never been interested in this sort of thing but this was so weird that I was open mouthed.

“There are never any planes here…it’s not on any flight paths…we’re not close enough to the sea for copters even….this was low and had so many lights. Is there some common military plane that it could have been?”

Bottled Apple later stated that the object was blacker than the surrounding sky and seemed to be two or three times bigger than a jumbo jet.

A witness in Cedar Falls, Iowa claimed to have seen a triangle-shaped UFO moving in a straight line across the night sky on November 19, 2015 (3). The interesting aspect of this sighting is that the witness stated that it “cloaked itself.”

“No lights, no sound and its glide path was to the south-southeast. Watched it for five-to-six seconds before it faded from view. Speed looked like around 200 mph at say 3,000 feet altitude – just a guess, though, as I could not tell its size.”

A couple of MUFON investigators looked into the sighting and classified its origin as “unknown.”

The International Space Station has been the source of a number of UFO sightings (4). The latest one took place while the ISS was over Southern India on November 15, 2015. Astronaut Scott Kelly, who is on a one-year tour on the ISS, tweeted a picture of a small speck of light (5).

“In the upper right-hand corner of the image, which shows a twinkling Indian peninsula below, two small beams that look a lot like headlights in space shine brighter than the surrounding stars against the black backdrop of space.”

Michio Kaku, a theoretical physicist and media personality, is somewhat skeptical that the object is of alien origin. Kaku believes that it might be nothing more than a smudge on the ISS view port. As with many UFOs, what it could be depends on who is looking. 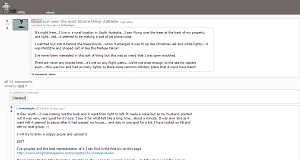 Finally, one of the worst places one could be if one were an alien space pilot would be in the skies over the Islamic State in Syria.

Yet, a number of photos and a video have surfaced that claim that UFOs monitored a Russian drone strike against a target in Syria (6).

If the objects are alien spacecraft, they are piloted by very bold ETs indeed. One would hate to think of what would happen to alien visitors if they suffered a Roswell-style crash and fell into the hands of ISIS. And that is not even considering the possibility of the terrorist army reverse-engineering alien technology to help it carve out a caliphate.

On the other hand, the objects may be other drones, perhaps monitoring Russian air activity on behalf of another country.

References & Image Credits:
(1) TSW: 4 of the Most Recent UFO Sightings Shared at Reddit
(2) Reddit
(3) Hiduth
(4) TSW: NASA Oddly Cuts Live Transmission after UFOs Spotted on Video
(5) CBS News
(6) Express
(7) Editor’s Note: The featured image is an artist rendering of what a UFO might look like in the night sky.