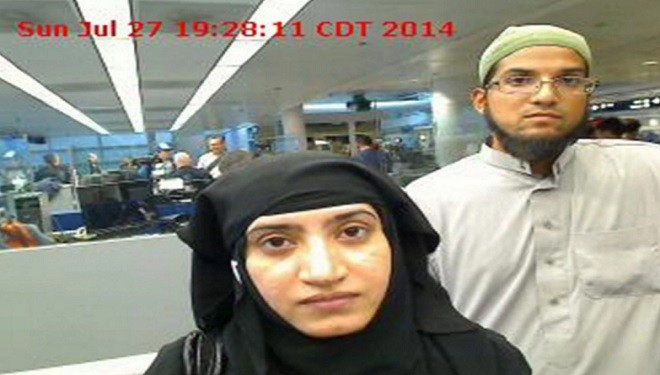 SallyPainter view more articles
Facebook 0 Twitter 0 Pinterest 0 Google 0 LinkedIn 0
Social media is still exploding about the first reports describing the assailants in the December 2, 2015 San Bernadino shooting and the actual assailants killed in a shoot-out with police. What’s being discussed is how the two don’t match up and the identity and whereabouts of the mysterious third assailant (1).

The original reports coming out of the scene where 14 people were murdered and 21 injured described three tall, athletically built, white men dressed in military black. This description was given by Sally Abdelmageed who works at the Inland Regional Center. She spoke over the phone with CBS reporter Scott Pelley (2).

Abdelmageed stated that she saw the attackers enter the building. She told Pelley that three men dressed in all black military garb, including vests had assault rifles. She recounted how one of the men opened the doors to Building Three where the county’s Environmental Health Services Division was holding a Holiday/Christmas party. The man opened fire on the unsuspecting group.

When Pelley asked if Abdelmageed was certain there were three male assailants, she responded yes. She reiterated that the men were all dressed the same military clothing and that their skin color appeared to be white. However, she also told Pelley that she couldn’t see the gunman’s face [who opened fire] because he wore a black hat. She further described that he was dressed in a long-sleeve black shirt and possibly wore black gloves.


Husband and Wife Killed in Shoot-Out with Police

What unfolded as the day wore on didn’t involve three white men but a deadly shoot-out with a husband, Syed Rizwan Farook, an environmental health specialist for the county and his wife.

Farook (28) was a US citizen and his wife, Tashfeen Malik (29) was a permanent resident from Pakistan. The couple met online through a dating service. Farook traveled to Saudi Arabia to meet Malik who was living there. Later, using a fiancée visa, Malik came to the US to be with Farook a legal permanent resident (3).

The first report of three white military-type men and the final reveal of this couple being the terrorists who brutally massacred Farook’s co-workers set the course for distrust and conspiracy theories.

There are countless so-called “loose ends” that are being discussed across the Internet. The discrepancy in Abdelmageed’s eyewitness report is compounded by what many claim are red flags. Such as:

–> The couple’s apartment not sealed up by investigators. Instead, 48 hours after the shooting, the apartment was turned over to the landlord who allowed news media to meander through the home and go through the leftover belongings that many feel might have been valuable evidence.

–> A fully stocked refrigerator with cooked food in storage containers.

–> Man believed to be third gunman detained, but determined uninvolved, yet had an outstanding misdemeanor warrant and was booked – no further details were given.

Other supposed red flags being discussed include the fact that Malik was a new mother; many finding it impossible to believe she’d leave her six-month-old baby daughter. Others find it impossible to believe that family and neighbors had never suspected the couple’s radical views. Some point to the anonymous Facebook page that authorities linked to Malik as being yet another red flag of a conspiracy. And, the list goes on. 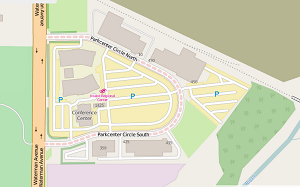 Perhaps the reason so many conspiracies are circling the Internet is because planning a false flag terrorist attack isn’t something new. In fact, this very tactic was considered by the US government in 1962.

Some comments point to the plan for such a false flag during the Cuban Missile Crisis. Top Secret Writers discusses how, “… the United State government drafted a plan to commit various acts of terrorism and sabotage on American soil for the sole purpose of gaining public approval for a war against Cuba. The plan was known as Operation Northwoods.” The plan was rejected by President Kennedy (4).

Farook’s friend and former neighbor, Enrique Marquez, reportedly purchased the two rifles the couple used. Marquez stated that Farook didn’t want the weapons being traced back to him. Marquez also admitted to the FBI that in 2012, Farook and he planned an attack in Los Angeles but abandoned it when they became frightened (5).

As of December 15, 2015, the FBI had not pressed any criminal charges against Marquez. The International Business Times reported that an unnamed official explained that by allowing Marquez to be free, he [Marquez] might “lead investigators to any other persons or to an organization with whom he may be or may have been in contact with in the furtherance of the San Bernardino attack or other planned terrorist attacks.”

The LA Times reports that the FBI is still interviewing a cooperative Marquez. The LA Times revealed that the couple possibly had plans for other attacks, on a larger scale, such as a school or college in the vicinity (6).

It’s easy to see how conspiracies are quick to develop, especially when there are conflicting reports from eyewitnesses and the unfolding of subsequent events. The speed of spreading information via the Internet can often blur the lines between what’s true and what is speculation. What do you think? Is there a conspiracy surrounding the San Bernadino shooting?