How Your Smart TV May Be Too Smart: It’s Spying On You! 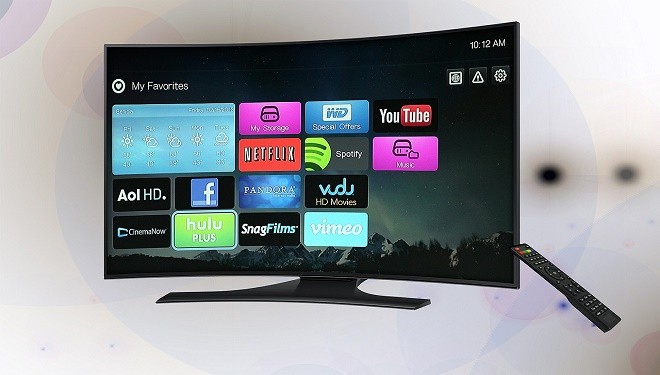 SallyPainter view more articles
Facebook 0 Twitter 0 Pinterest 0 Google 0 LinkedIn 0
Smart TVs might just be smarter than many consumers realize. It hasn’t been too long since consumers became aware that some brands manufacturing Smart TVs created technology that allowed others to listen in on the owners’ conversations.

The discovery of this privacy invasion was made in February 2015 by Shane Harris of the Daily Beast who happened to stumble upon this feature revealed in the manufacturer’s privacy statement (1).

It was a shocker to most consumers that mirrored Orwell’s futuristic novel “1984”. Worse yet, consumers realized that they gave consent to this invasion of their privacy via Samsung’s privacy policy that states, “Please be aware that if your spoken words include personal or other sensitive information, that information will be among the data captured and transmitted to a third party through your use of Voice Recognition.”

What makes this so Orwellian? It isn’t confined to just Samsung or a handful of manufacturers. The manufacturers were quick to scramble and attempt damage control by assuring consumers they could “deactivate” the voice command or “disengage” from the Wi-Fi. That sounds simple, but if owners disconnected the Wi-Fi, how would they be able to stream movies and other Internet content provided by their smart TV apps?


Too Smart for Consumers’ Own Good

In February 2015, the media was buzzing about Samsung’s Smart TVs eavesdropping on their internet-connect owners (2). These are the smarter TVs that feature voice command that eliminates the need to use a remote (3).

Unfortunately, very few people read the privacy statement or small print anymore, even when it’s required to click the “I accept” box in order to access various online apps and programs. The downside with this technology is that the TV must listen to your voice command in order to perform the function. So by using this feature, owners open the door for the manufacturers to take advantage of this through the owners’ Internet connections.

CNN points out that no one should have been surprised by this since the majority of internet-connected devices, such as smart phones and computers with microphones and cameras, are eavesdropping on consumers one way or another.

For example, consumers who activate Siri on their iPhones can be listened to any time the phone is one. iPhones aren’t the only privacy invasion culprit; there are other smart phones like Android’s OK Google. CNN reports that the list goes on from Facebook being capable of turning on the microphone to your smart phone when you’re using the site and listening if desired. CNN isn’t saying that happens, only that it is doable. Echo, Amazon’s voice-activated system can also listen in on owners.

Such access through the Internet is an opening just waiting for someone, either a company or a criminal to exploit. Monitoring users isn’t new to technology. For example, Gmail tracks what you write and then displays appropriately-related ads, just for you; nothing is really free. Facebook also does this and so do other apps.

More importantly, CNN states, “…the NSA [National Security Agency] certainly listens. It listens directly, and it listens to all these companies listening to you. So do other countries like Russia and China…”

In November 2015, in the aftermath of this spying revelation, yet another company has been outed for spying on its customers – Vizio. This time the snooping is a little more blatant with true intentions and cleverly cloaked from the average consumer. It reeks of being sneaky and deceptive on purpose.

It has the ear-markings of the 1990s and early 2000s Internet Service Providers that automatically opted you in for sharing your information with unknown third parties. Many programs still do this, but consumers at the least can see these features popup at the time of installation and opt out by unchecking boxes.

Vizio has done this with its Smart TVs only it doesn’t have a popup announcing what it has done. Unknown to its consumers, Vizio has a default setting that isn’t that easy to find if you don’t know what to look for.

By having this default setting when consumers purchase their TV, Vizio is able to record their customers’ “viewing habits”. The company then shares this information with undefined advertisers. This means anyone Vizio shares this information with can track down consumers using their phones, tablets and other devices that are connected to that same IP address as the TV.

This feature is called “Smart Interactivity”. It is defaulted to the “ON” position. According to ProPublica, “an independent, non-profit newsroom that produces investigative journalism in the public interest,” there are over 10 million Vizio Smart TVs with this automatic mode that is tracking the owners (4). 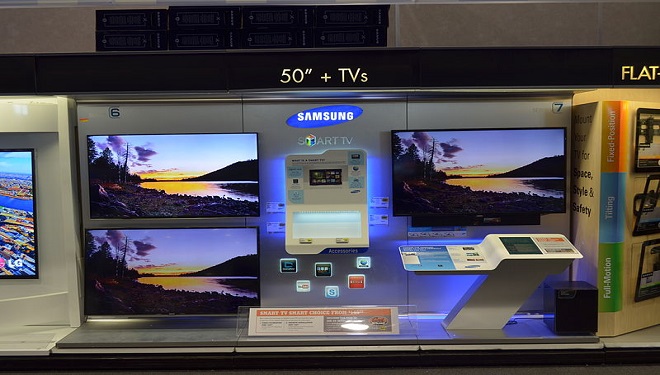 What Info Is Vizio Collecting?

Not only is Vizio tracking what its customers watch, but it also collects its customers’ IP addresses. Next, Vizio uses “data brokers to connect your IP address with your gender, age, income, and interests.” This data is then passed on (sold) “to advertisers who can track all devices that have connected to your home IP address.”

ProPublica quotes Visio’s statement to its customers, “non-personal identifiable information may be shared with select partners … to permit these companies to make, for example, better-informed decisions regarding content production, programming and advertising.”

Unlike its competitors, Vizio has chosen to set the consumer racking default to the “ON” position. Other companies don’t do this, according to ProPublica; they [other companies] allow their customers to choose whether or not they want to set that feature to “on”.

The group also reports that, “…unlike Vizio, they [competitors] don’t appear to provide the information in a form that allows advertisers to reach users on other devices.”

Habits are examined by the shows watched, what type of streaming was used, if the show or movie was recorded, if it was traditional TV or an app used to access the content and various other viewing habits that are associated with the owner’s IP address. The last part also includes all devices connecting to that IP address from TV, tablet to smart phone, etc.

What makes this such a complete invasion of privacy is that cable TV and video rental companies are prevented by law from doing this. They can’t sell this private information about consumers. According to ProPublica, Vizio states that the “the Video Privacy Protection Act and cable subscriber protections – don’t apply to its business.”

In fact, in October, Vizio filed for “an initial public offering.” At that time, “Vizio touted its ability to provide ‘highly specific viewing behavior data on a massive scale with great accuracy.’ ” In other words, owners viewing habits have been monitored, recorded, analyzed and sold to advertisers. There can be no greater targeted-audience for marketing purposes than this method!

With over 10 million customers, it’s obvious that price point and quality are driving Vizio sales. There’s no need to miss out on the savings Vizio offers. Customers can still enjoy their purchases and preserve their privacy according to Consumer Reports.

The consumer advocacy group advises owners to turn off the snooping feature. In one of its latest news posts, Consumer Reports gives steps on how to turn off the tracking feature, not just for VIZIO but also other brands.

For Vizio it’s easy to disable the tracking feature, known as “Smart Interactivity” (5).

Perhaps consumers have been conditioned from early Internet days that their privacy is under constant attack, especially when it comes to those precious marketing dollars that drives free websites and apps.

Is it right to simply assume that privacy invasion goes hand-in-hand with electronics and the driving technology behind the industry? Is it inevitable that with technology the world must evolve into George Orwell’s novel “1984”?