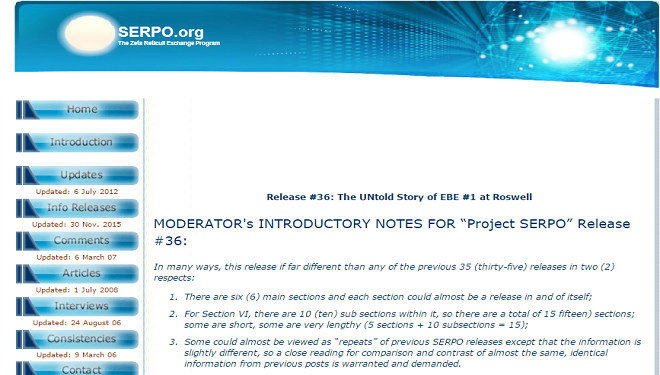 GabriellePickard view more articles
Facebook 0 Twitter 0 Pinterest 0 Google 0 LinkedIn 0
In 2005, an email was posted from an anonymous source on a ufology-related online list. The message referred to a top secret program involving taking 12 US military personnel to the planet “Serpo” during the period of 1965 until 1978. The anonymous source claimed to be a retired US government official.

The email soon got picked up on a ufology forum and quickly spread around the Internet as hundreds of people began speculating about the story and the source.

However, as speculation escalated, the story was picked up and investigated by (1) RealityUncovered.net. The investigators revealed that the “anonymous” source who claimed to be a former US government official, was actually a well-known ufology hoaxer Rick Doty.

According to the scammers, Serpo is a planet of the binary star system, which is populated by an ET race known as Ebens. The “Exchange Program” related to an alleged Eben survivor of an UFO crash that took place in Corona in 1947. The “Exchange Program” allegedly involved 12 military astronauts setting off on a ten-year mission to planet Serpo in a spacecraft that had been reversed-engineered from the flying saucer that had crashed in Corona.

The story goes that during the ten-month journey with the spacecraft moving at 40 times the speed of light, two of the astronauts died due to intense radiation on the planet. Two of the astronauts are living the “good life” on Serpo and the remaining eight returned to Earth in 1978, were held in ‘incommunicado’ for debriefing until 1984 and have all since died.

In order to uncover the truth about the fantastical Serpo story, a lengthy and meticulous investigation was carried out by RealityUncovered’s Stephen Broadbent and (2) Top Secret Writer’s founder Ryan Dube, alongside some initial research by Wayne Jaeschke, a former member of the RealityUncovered team.

According to RealityUncovered, Richard Doty continuously denied being involved with the SERPO story, despite the “mountains of evidence” that suggested he was the anonymous source that sent the information to Victor Martinez.

Richard Doty, a former special agent for the US Air Force Office of Special Investigations in Albuquerque, New Mexico, claims that during his posting at the air field in New Mexico, he was tasked with feeding false information to UFO researchers and hoaxing documents.

Interestingly, as the Huffington Post notes, Doty’s UFO stories became the focus of a large amount of books, TV shows, video games, movies, and “who knows what else” (3).

RealityUncovered also identified two other Serpo story fabricators, one of whom was Bill Ryan who took it upon himself to establish the Serpo.org website. When the Serpo story exploded onto the Internet in 2006, it was ‘conveniently’ timed to coincide with the release of Robert Collins and Richard Doty’s book The Black World of UFOs: Exempt from Disclosure.

Due to RealityUncovered’s in-depth investigation, the story was eventually revealed as a hoax and debunked in 2010/11 that saw an end of the releases centered around Serpo. Obviously Doty had given up trying to prolong the scam. 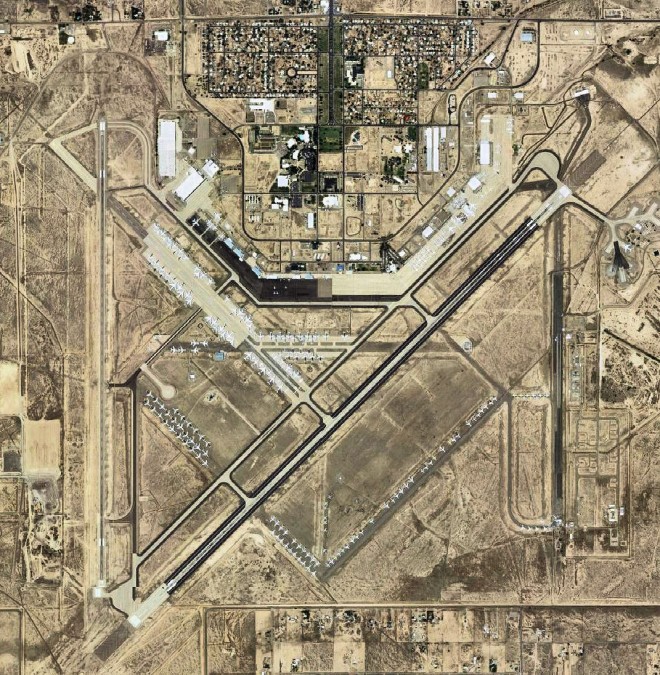 Several years may have gone by after the hoax was finally debunked, but now it seems someone is trying to pick up where Doty’s scam left off by posting a release on the Serpo.org website.

Also posted by an “anonymous” source, the (4) release claims to tell the ‘untold story of Ebe #1, the Eben who survived the crash of July 1947′. The release claims that the slightly wounded Ebe #1 communicated with top military linguists through pictures and later developed symbols.

According to the release, in 1950 Ebe #1 was moved to a special facility in the Los Alamos National Laboratory where he was besieged with illnesses. The release continues that in 1952 the Eben died in Los Alamos.

It is not yet clear whether the latest release has been fabricated by a fan of the previous Serpo scam. It could possibly have been posted by someone at TheOutPostForum.com, since those are the source links promoted in the footer. Or could it possibly be Richard Doty again, desperate for some new promotion and actively reinstating the old scam, believing that the coast is clear?

One thing is certain, the investigators will be working to identify the new scam-promoter.