Theories Behind the Thermal Anomalies of the Giza Pyramids 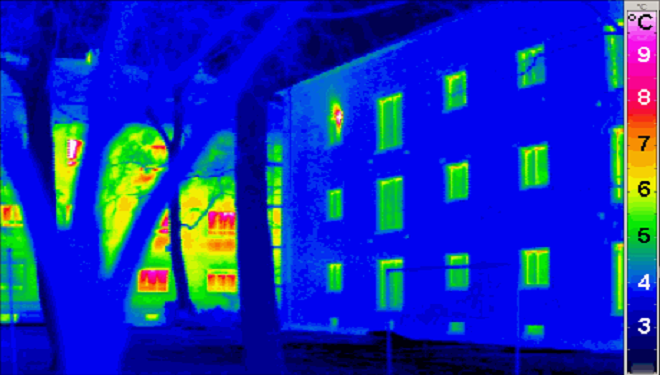 GabriellePickard view more articles
Facebook 0 Twitter 0 Pinterest 0 Google 0 LinkedIn 0
The Pyramids of Giza in Egypt have always been shrouded in mystery and intrigue, although the mysteriousness of these magnificent structures has recently been lifted to even greater realms following the discovery of “thermal anomalies” at the base of the Great Pyramid.

The base of the Great Pyramid is more than 12 acres in size and has a mass of five million tons. Using infrared thermal cameras to see what is going on inside the construction from the outside, an international team of archaeologists and scientists found three stones at the bottom of the pyramid had higher temperatures.

The team theorizes the higher temperatures could be related to possible vacant spaces inside the monument, different building materials used in the construction or to air currents inside the pyramid (1).

The team was looking for hidden passages that may be present inside the pyramids. According to the IB Times’ report, a current of cold air would enable the archaeologists to find previously unfound hollows, possibly tunnels and rooms.

The method could even lead the scientists to the burial tomb that is believed to be located in a top secret cavity in Tutkenkamun’s tomb.

A statement released by the international team that comprises of scientists from Canada, France, Japan and Egypt, concluded that several anomalies were found during the study with the infra-red cameras.

The scientists confirmed that the presence of voids behind the surface and internal air currents are the primary hypothesis being drawn up about the anomalies.

Amidst the excitement that the findings could indicate secret chambers, some experts are warning that it’s too early to jump to such conclusions. As Richard Enmarch, senior lecturer in Egyptology at Liverpool University told ABC News:

“It’s always interesting to hear new discoveries at Giza, which has a huge significance in the public imagination. It’s such a huge structure – there is no end to exotic theories behind it” (2).

Enmarch continued that the temperature discrepancies do not necessarily reveal hidden chambers and passageways and that it could be caused by cracked stones where air flow is able to circulate within the base.

Professor Kate Spence, senior lecturer in Egyptian archaeology at University College London reiterates the theory that the gaps, rubble and bedrock that lie behind the stones would have different capacities for conducting heat.

Spence also noted that the surviving surface isn’t flat, meaning the stone would heat and cool at different rates, depending on the exposure to the sun.

“I am therefore unsurprised that thermal difference appear. It’s interesting to look at monuments in this way, but I think we’d need rather more evidence before we decide that it’s significant,”

In 2013, we reported about an amateur satellite archaeologist discovering “new Egyptian pyramids” that some experts claimed would “overshadow the Pyramids of Giza” (3).

It does seem that when it comes to ancient pyramids, particularly the Great Pyramids of Giza, it is easy to, as Richard Enmarch notes, get wrapped up in exotic theories that excitedly feed the public imagination.