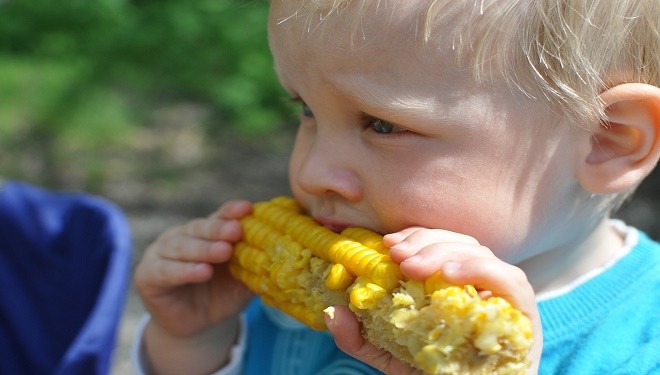 SallyPainter view more articles
Facebook 0 Twitter 0 Pinterest 0 Google 0 LinkedIn 0
For many, the recent World Health Organization (WHO) report on glyphosate being a probable carcinogen to humans is the big gun that has the potential of blasting the monopolizing GMO giant Monsanto out of the agricultural waters.

That’s because glyphosate is the main ingredient in Monsanto’s Roundup herbicide. Anti-GMO advocates have cited plenty of evidence given in multiple scientific studies in the past, but some of the most incriminating evidence has been obscured and hidden from the public according to a recent report that followed the scientific research arm of WHO, the International Agency for Research on Cancer (IARC).

For decades, Monsanto has countered and discredited any scientist and subsequent study voicing similar findings as the WHO recently published. TSW reported on the revelation that Monsanto has an entire department devoted to discrediting scientists and their research on the harmful effects of glyphosate (1).

Sustainable Business (SB) is one of the media outlets reporting that Monsanto and the EPA covered up the connection between glyphosate and cancer. A cover-up that the publication states spans 35 years. SB points to “research published in the Journal of Biological Physics and Chemistry” (2).

The SB states that, “Monsanto never reported a decades-worth of studies that showed animals exposed to glyphosate in their food developed cancer in multiple organs, and many died.”

Quoting from the research paper, SB published the research team’s findings, “Monsanto’s own early studies revealed some trends in animal models that should not have been ignored. 40 years of glyphosate exposure have provided a living laboratory where humans are the guinea pigs and the outcomes are alarmingly apparent.”

John stated, “In 1981, both Monsanto and the EPA were aware of malignant tumours and pre-cancerous conditions in test animals given doses of glyphosate in secret feeding experiments. Although concerns were expressed by EPA committees, they were suppressed while Monsanto was allowed to bring forward a range of cynically manipulated and fraudulent studies purporting to show that glyphosate was harmless. None of these studies has been made available for independent examination. That is a scandal in itself. If Monsanto and the EPA had acted in a precautionary fashion back then, glyphosate would never have been licensed, and hundreds of thousands of lives might have been saved.”

The paper made available by author Anthony Samsel on November 4, 2015 also co-authored by Stephanie Seneff and titled, “Glyphosate, pathways to modern diseases IV: cancer and related pathologies”. They wrote their paper based on reviewing research literature with the goal of evaluating “the carcinogenic potential of glyphosate” (3).

Samsel is credited as having “petitioned the EPA” for documents dating from the 1970s and 1980s. These were experiments that Monsanto conducted for evaluations on “whether glyphosate is safe for human consumption.”

The researchers states that, “Glyphosate has a large number of tumorigenic effects on biological systems, including direct damage to DNA insensitive cells, disruption of glycine homeostasis, succinate dehydrogenase inhibition, chelation of manganese, modification to more carcinogenic molecules such as N-nitrosoglyphosate and glyoxylate, disruption of fructose metabolism, etc.”

They also write, “Here, we support these correlations through an examination of Monsanto’s early studies on glyphosate, and explain how the biological effects of glyphosate could induce each of these cancers. We believe that the available evidence warrants a reconsideration of the risk/benefit trade-off with respect to glyphosate usage to control weeds, and we advocate much stricter regulation of glyphosate.”

The Samsel and Seneff study revealed that the information contained in Monsanto’s glyphosate studies submitted to the EPA in the 1980s on rats and mice showed changes in the kidneys associated with chronic progressive neuropathy (mostly in males).

“Statistically significant increases in tubular dilatation of the kidney” were noted that included:

The EPA requested that Monsanto conduct a “histological re-examination of the low- and mid-dose male animals, which resulted in establishing a no observable effect level (NOEL).”

The addendum that Monsanto submitted to the pathology report, “summarized the examination of the kidneys and found minimal tubular dilatation accompanied by interstitial fibrosis in all test groups.”

The researchers wrote that “Monsanto, dissatisfied with the action, consulted another pathologist who, upon further examination, found a small tumour in the control.” Following this, the EPA had other pathologist re-examine these “additional kidney sections”. It was determined “no tumours present in any additional sections”.

Glyphosate was downgraded to a Class D compound based on “inadequate evidence of oncogenicity”. In addition, the committee (refereed by the Federal Insecticide, Fungicide, and Rodenticide Act (FIFRA) Scientific Advisory Panel) “sealed the study as a trade secret of Monsanto”.

In August 2015, TSW reported on the 2014 study that linked glyphosate and thousands of chronic kidney disease (CKD) deaths of farm workers in Sri Lanka, Central and India. CKD is “the second leading cause of death among males in these regions.”

This study triggered a ban on Monsanto’s Roundup in Sri Lanka and El Salvador.

Then in July 2015, the WHO IARC glyphosate report that stated that glyphosate was a probable carcinogen resulted in a massive ban of glyphosate throughout Europe (4).

Many news media have commented on the revolving doors between various government agencies and Monsanto. The most notable is Michael Taylor who has bounced between positions with the FDA, USDA (US Department of Agriculture) and Monsanto (7).

In the wake of the IARC report, Monsanto immediately demanded a retraction by the IARC, but was ignored. In further response, Monsanto created a panel of 16 researchers, 10 consultants to Monsanto and 3 former Monsanto employees. This Monsanto panel produced its own glyphosate study in an attempt to counter the IARC’s damaging one.