Latest News in the Oak Island Mystery and Treasure 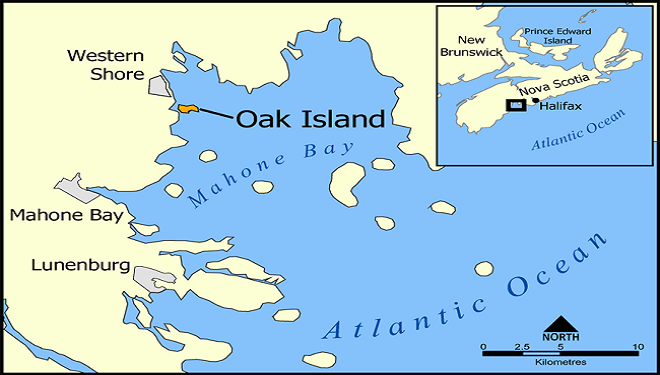 While the Oak Island treasure and intrigue dates back to the summer of 1765, when a boy named Daniel McGinnis visited the island on a fishing trip and apparently saw evidence pirates had been on the island and therefore treasure had to be buried there, stories and speculation about new developments regarding the fate of Oak Island are still in circulation today.

In fact, there has even been a Facebook page set up titled Oak Island Treasure. The page is connected to the OakIslandTreasure.co.uk website, which claims to be the home of the “world’s greatest treasure hunt” (2).

Testament of how enthusiasm for the Oak Island treasure legend has far from waned, can be found through the fact the OakIslandTreasure website was relaunched in 2015. The founder of the site is a self-confessed fan of the whole Oak Island Money Pit story, after reading about the mystery as a child in the 1980s. Such is the founder’s enthusiasm for the legend that as well having visited the island on four occasions, he/she has devoted a lot of time and effort toward creating the largest collection of Oak Island documents, photos and research on the Internet.

OakIslandTreasure.co.uk highlights the recent excavations taking place on the island and how a company named Oak Island Tours Inc. received the Treasure Trove License, which is required in order to carry out any exploration work on the island.

The site shows images of drill holes on the island, which clearly show the black material known as bedrock, which has been brought up from more than 200 feet below the surface of the island. The site also lists documents related to excavations that have taken place on the island throughout the decades, including letter exchanges and documents that surfaced during the time author D’Arcy O’Connor was carrying out research for his popular books about Oak Island. 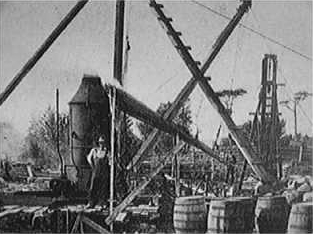 The OakIslandTreasure Facebook page is regularly updated with news and views related to the ancient mystery (3). For example, on January 8 2016, the page posted a video, titled the Curse of Oak Island.

The video shows a team of excavators attempting to prove that Oak Island’s triangle swamp is manmade. The team arrive at the southern border of the swamp on the island with the mission of finding a manmade timber fence. Despite half a dozen digs using a digger, the team is left disappointed with no evidence of the ancient timber wall.

It should be noted that despite finding little more than several logs, the video has had more than 26,000 views and generated a string of responses, proving that enthusiasm in this ancient legend remains rife.

Oak Island Money Pit is another website devoted entirely on documenting the story. As well as describing the mystery of the island, the website lists all the books, videos, YouTube references and other resources centered on this ancient and unsolved story of treasure.

With little developments in terms of there being proof treasure exists on the mystery island and with the amount of interest and energy being devoted to Oak Island, it just goes to show, when it comes to stories about pirates and buried treasure, we can’t get enough.