Monsanto Has a Department Dedicated to Discrediting Anti-GMO Scientists 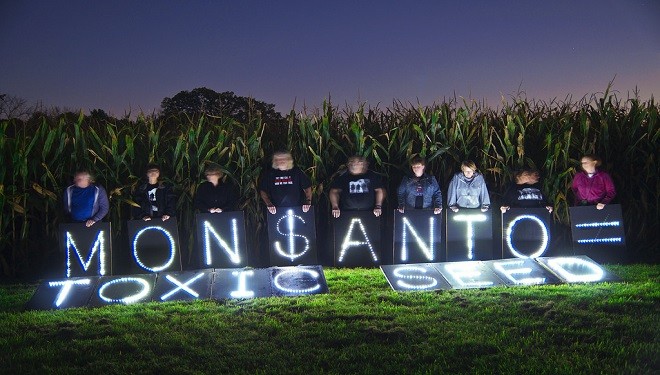 SallyPainter view more articles
Facebook 0 Twitter 0 Pinterest 0 Google 0 LinkedIn 0
In March 2015, Daily KOS reporter occupystephanie wrote about a talk she attended that was presented by “Monsanto’s Dr. William ‘Bill’ Moar”. The audience was mostly agricultural students. One of the key points Moar talked about was “Monsanto’s efforts to educate citizens about the scientific certainty of the safety of their genetically engineered products” (1).

The most revealing moment was when a student questioned Moar about “what Monsanto was doing to counter the ‘bad science’ around their work.”

Occupystephanie wrote, “Dr. Moar, perhaps forgetting that this was a public event, then revealed that Monsanto indeed had ‘an entire department’ (waving his arm for emphasis) dedicated to ‘debunking’ science which disagreed with theirs.”

The slip by Monsanto’s own was according to occupystephanie, “As far as I know this is the first time that a Monsanto functionary has publicly admitted that they have such an entity which brings their immense political and financial weight to bear on scientists who dare to publish against them. The Discredit Bureau will not be found on their official website.”

It’s no secret that Monsanto fights furiously against anyone or any institution that challenges its GMO crops and star product Roundup, aka glyphosate. Their GMO crops are genetically engineered to withstand the weed killer Roundup. In fact, the company could not afford to lose Roundup sales since it is their cash crop.

So it wasn’t a surprise that Monsanto fought back when the World Health Organization’s (WHO) scientific arm International Agency for Research on Cancer (IARC) announced that glyphosate was a probable carcinogen to humans. In its usual form, Monsanto demanded a retraction.

In July 2015, TSW discussed these findings. “In fact, France has banned all ‘glyphosate-based products’ from its garden centers” (2).

In December 2015, Reuters reported that Monsanto had assembled its own panel of 16 scientists to dispute the WHO report on Roundup (glyphosate). This panel was “assembled by Intertek Scientific & Regulatory Consultancy” and presented its findings during the Society for Risk Analysis’s annual meeting with plans to later publish the study. Reuters also pointed out that Intertek was paid by Monsanto for the panel’s study (3).

The Monsanto panel stated that “the WHO’s International Agency for Research on Cancer (IARC) misinterpreted or incorrectly weighted some of the data it reviewed and ignored other data before classifying glyphosate as a probable human carcinogen, according to an abstract of its findings.”

That bold accusation against the highly-held World Health Organization was followed with the statement that “none of the results from a very large database, using different methodologies, provides evidence of, or a potential mechanism for, human carcinogenesis.”

Monsanto’s scientific panel has been greatly criticized as being biased and cherry-picking data used in its study. In fact Food and Ag Policy a National Resources Defense Council senior scientist Jennifer Sass explained the WHO report, “IARC’s goal was just to score the cancer hazard, that’s it. They’ve looked at all the data and they have really convincing evidence.”

Sass further stated, “What this panel is trying to do is death by a thousand cuts. They’re taking a good stack of evidence and starting to hack through it to try to kill it.” Food and Ag Policy pointed out that out of the 16 scientists on the Monsanto panel, 10 of them had been consultants to Monsanto. More disturbing, two of them were actually former employees of Monsanto (4).

Reuters reports that Dave Schubert, head of the cellular neurobiology laboratory at the Salk Institute for Biological Studies in La Jolla, California said, “There are a number of independent, published manuscripts that clearly indicate that glyphosate … can promote cancer and tumor growth. It should be banned” (5).