Russia and China Have Started Enhancing Humans for Battle 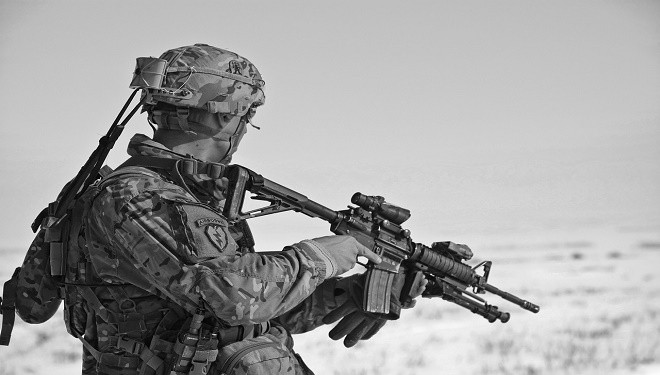 GabriellePickard view more articles
Facebook 0 Twitter 0 Pinterest 0 Google 0 LinkedIn 0
If you thought Enhanced Human Operations (EHO) were an extravagant fantasy of Hollywood films and video games, then think again. Russia and China are involved in EHO, the act of modifying the brain and body in order to create “super soldiers” who will have the upper hand in battles.

Understandably, the United States is concerned about the prospect of having to join Russia and China by going down the Enhanced Human Operations route.

In a recent press conference, Bob Work, US Deputy Defense Secretary, warned that the US could be at risk of losing its “military competitive edge” if it fails to pursue military technology involved artificial intelligence.

“Now our adversaries, quite frankly, are pursuing human operations, and it scares the crap out of us,” Work announced at the conference, which was focused on the Defense Department’s future research and development strategy (1).

“We’re going to have to have a big, big decision on whether we’re comfortable going that way,” continued Work.

According to Work, unlike the US, which has ethical concerns about modifying human makeup for the battlefield, Russia and China are unhesitating in employing such tactics. Consequently, the US might have little choice but to follow suit.

Popular Mechanics maps out the various types of processes and research involved in Enhanced Human Operations.

One such method is a concept known as ‘Exoskeletons’, coined by retired Army General Paul Gorman in 1985. Gorman drew up a “Super Troop” exoskeleton for the Defense Advanced Research Projects Agency (DARPA). The design included touch, visual and audio sensors, which would help soldiers remain protected from biological, chemical, electromagnetic and airborne threats.

In more recent years, the US Navy has been researching the possibility of using exoskeletons to enhance firefighting control operations and lift heavy loads. In collaboration with the US Special Operations Command, in 2013 DARPA worked on the Tactical Assault Light Operator Suit (TALOS), a lightweight exoskeleton suit, unnervingly similar to that of Iron Man.

Mind-altering pain vaccines have also been investigated by DARAP, according to Popular Mechanics. When injected with the vaccine, a soldier would be less susceptible to pain caused by injury. After experiencing 30 seconds of agony, the soldier would feel no pain for 30 days and the bleeding would be contained, meaning the military personnel could keep fighting.

Perhaps even more shockingly, forced brain enhancement through brain implants has also been explored. Researchers placed brain implant chips into the brains of rats to investigate whether remote control of the rat could be possible. 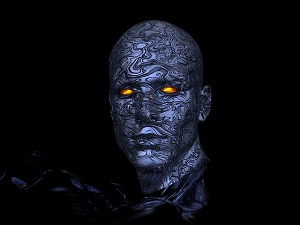 Is It Ethical to Enhance Human Soldiers?

In a report titled ‘More than human? The ethics of biologically enhancing soldiers’, The Atlantic questions the morality of effectively turning humans into guinea pigs for the purpose of warfare (2). The report cited a paper compiled by the UK’s The Royal Society. ‘Neuroscience, Conflict and Security’ considers and warns of risks cognitive enhancements could have on military personnel (3).

The Atlantic report highlights how technology and science can help “fill the gap” of Homo Sapiens’ weaknesses, such as hunger, fatigue, the need for sleep, fear, confusion and emotions.

“We want our war fighters to be made stronger, more aware, more durable, more manoeuvrable in different environments, and so on. The technologies that enable these abilities fall in the realm of human enhancement, and they include neuroscience, biotechnology, nanotechnology, robotics, artificial intelligence, and more,” writes The Atlantic.

It should be noted that such Enhanced Human Operations are scarily resonant of the CIA’s MKUltra, mind-control experiments of that began in the 1950s.

As Top Secret Writers reported, the controversial MKUltra program involved the CIA researching mind control of soldiers through the use of drugs (4).

Now it seems in order to keep up with the military power of the likes of Russia and China, the US might find itself practicing similar unethical bodily manipulation techniques as it did more than six decades ago.