The Allagash Alien Abduction Revisited: Where They Are Today 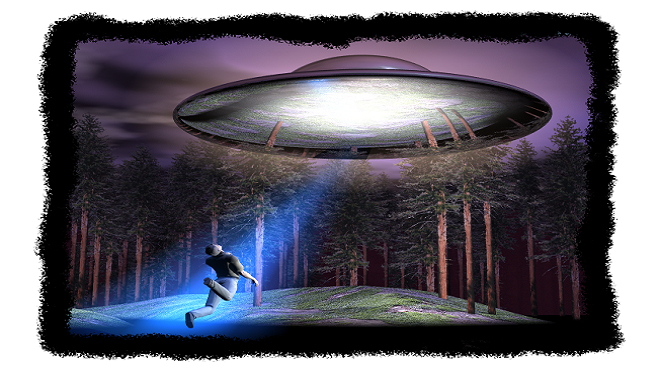 GabriellePickard view more articles
Facebook 0 Twitter 0 Pinterest 0 Google 0 LinkedIn 0
The Allagash Alien Abduction is one of the most well-known and discussed UFO and so-called alien encounter cases ever recorded. Whether you’re a staunch believer or a self-confessed cynic of (1) alien abduction it is difficult not to feel some kind of fascination towards the Allagash case.

The incident took place in August 1976 in the Allagash Waterway, a network of canals and lakes in the mountains of Maine. Four men, twins Jim and Jack Weiner and their friends, Charlie Foltz and Chuck Rak, all of whom met at the Massachusetts College of Art, went on a vacation to Allagash, before starting their careers.

The men hoped to do some night fishing on Eagle Lake. They built a large campfire at the side of the lake. That night the men witnessed a strange light, brighter than a star, hovering over the trees some couple of hundred of yards from their canoe.

According to the UFO Casebook report, as the glowing orb moved back and forth, it turned from red to green and then to a whitish yellow (2). As the object, estimated to be 80 feet in diameter, moved closer, one of the men signaled an SOS warning with his torch.

According to the report, the men made a frantic dash to the bank in their canoe but the hollow light engulfed them. The men were then aware of being stood on the bank of the lake watching the object finally disappear into the night sky.
The men were surprised to see their previously roaring campfire reduced to smouldering cinders and were perplexed as to where the time had gone. The friends went about their perspective careers but in the ensuing years their experience at Allagash resurfaced, having an intense effect on their lives.

Jack Weiner was the first to report having profound nightmares in which he saw images of strange creatures with large heads and long necks. In his dreams, the creatures examined Jack as the other four men sat and watched, unable to intervene and help Jack.

The other three men reported having similar dreams and in 1988 Jim Weiner attended a conference about UFOs hosted by American author and UFO researcher Raymond Fowler. Weiner reiterated the story to a fascinated Fowler who suggested the men undergo regressive hypnosis. Interestingly, Fowler went on to write a book about the subject titled “The Allagash Abductions.”

The hypnosis concluded that the men had been abducted by aliens and had undergone humiliating physical examinations. Though as the UFO Casebook notes, the incident is still considered “unexplainable by conventional scientific means.”

One of the Allagash alien abduction victims, Jack Weiner is now suffering from MS. Jack and his twin brother Jim have set up The Allagash Incident website, which sells a collection of artwork related to the incident (3).

The site says all the proceeds go towards the costs of Jack’s MS. The products range from “Alien and Allagash Incident” wallpaper costing $2 to a handcrafted Shaman Vessel, costing a hefty $12,000.00. According to Jim Weiner, the style of this vessel “flashed” into his mind the day after the alien abduction event on the Allagash Waterway in 1976.

However compelling and intriguing the Allagash abduction is, there are some who remain skeptical about its sincerity. One such skeptic explained his/her cynicism of the story on the UFO Evidence forum. After describing the incident the UFO skeptic noted how in the aftermath of their trip to the Allagash Waterway all four men became nationwide celebrities, featuring on chat shows like the Joan Rivers Show and appearing in comic books. Their story was also covered on Unsolved Mysteries.

The skeptic goes on to highlight the fact that Weiner was aware of the work of John Mac, the individual responsible for informing Weiner’s doctors about the possibility of UFO abduction.

The second piece of “evidence” that shrouds the story in doubt, according to the “UFO skeptic” is the fact that all the evidence was recovered by Dr. David Jacobs, a leading voice in the UFO community. According to the forum poster, Dr. Jacobs was frank in his opinion that hypnosis is extremely easy to mess up.

“I don’t trust hypnosis farther than I can throw the hypnotist,” writes the UFO Sceptic on UFOEvidence.org. “Hypnosis provides the only proof that this whole thing occurred, and it is the least reliable method most prone to errant results, ever conceived by man.”

What are your thoughts on the Allagash Abduction of 1976? A deliberate and clever hoax as a means of generating stardom and money? A mystery that remains scientifically unsolved? Or fascinating evidence that the human race isn’t alone in the universe?