The Twin Tower Attacks and the World of Truthers 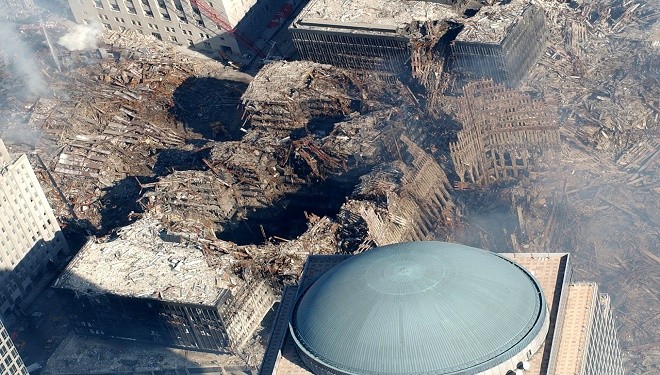 GabriellePickard view more articles
Facebook 0 Twitter 0 Pinterest 0 Google 0 LinkedIn 0
The attacks on American soil that took place on 9/11 were horrifying. In the wake of the atrocities, many have questioned, including the families of some of the victims, the official story. Thanks largely to the mainstream media, it has been embedded into our conscience that the attacks made that day were carried out by terrorist hijackers and organized by members of al-Qaeda, intent on declaring a ‘holy war’ against the United States.

Because of this widely pushed ‘conclusion’ of why and how America and its people was subject to such a deadly and inconceivable attack, anyone who questions or rejects this story is perceived as being ridiculous, or at the very best, a conspiracy theorist.

However, according to Collective Evolution, tens of millions of people – 150 million in the US alone at the last count – reject the official government explanation of the taking down of the Twin Towers and the 9/11 attacks (1).

Instead, these people believe the World Trade Center was subject to a controlled demolition.

So why do some people cull the official account in favor of ideas that disparage them as conspiracy theorists and nutters? Perhaps because some of the “facts” don’t add up.

One piece of evidence that reveals ‘foul play’ with regards to the ‘official’ 9/11 story is the fact the CIA did not disclose information they knew about the 9/11 hijackers.

According to a report by ABC News, if the FBI agent Steven Butler had known what the CIA had known about the possible terrorist attacks, he may have been in a position to stop 9/11 from taking place (2). The report continues that Butler had two of the hijackers “under his nose” for some 18 months. In 2000, the men were photographed at an al-Qaeda planning meeting where it was later determined they were planning an attack on the USS Cole.

The two hijackers went on to rent rooms in San Diego, where, as ABC News writes, “the FBI could have monitored them.” The official government 9/11 report explicitly states that the FBI’s informant knew that these two hijackers – Alhamzi and Al-Midhar – were attending flight school in Arizona but failed to tell the FBI handler Steven Butler who was kept “in the dark.”

“The informant’s contacts with the hijackers, had they been capitalized on, would have given the San Diego FBI field office perhaps the Intelligence Community’s best chance to unravel the September 11 plot,” states the report.

With such information recorded, it stands to reason why so many millions of people are suspicious of the official explanation of the 9/11 story professed by both the US government and the mainstream media. 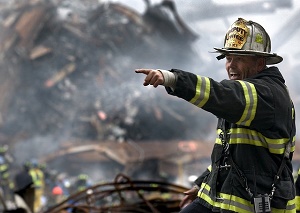 Did the President Know the Attack Was Imminent?

Adding more fodder to whet the ‘conspiracy theorists’ appetite, is the accusation that President Bush knew attacks on his country were imminent.

An article published on Salon states the CIA attempted to warn the Bush administration that an attack was imminent but the government did nothing in response (3). The Salon report cites an opinion piece in the New York Times written by Kurt Eichenwald, which highlights a classified review of the threats posed by bin Laden and al-Qaeda, which President Bush received on August 6, 2001 (4). That morning’s presidential daily brief, writes Eichenwald, contained the top secret document prepared by US intelligence warning the Bush administration of what went under the heading “Bin Laden Determined to Strike in US.”

In 2004, the Bush administration was forced to declassify the daily brief amidst pressure from the 9/11 Commission investigating events in the lead up to the attacks. Officials, however, dismissed the weight of the document, claiming it was merely an assessment of al-Qaeda history and not a sign of an imminent attack.

The CIA’s ‘Founding’ of Al-Qaeda

Truthers also present the idea that Muslim terrorist apparatus was created by US intelligence as a geopolitical weapon. An article in Veteran’s Today cites an interview with Zbigniew Brzezinski that was originally published in January 1998 in Le Nouvel Observateur (5).

The interview speaks of how, according to a Dutch intelligence report on Bosnia, in the early 1990s, Pentagon intelligence worked with both Iranians and Saudis to “bring weapons and mujahedeen terrorist the ‘Afghan Arabs’ into Bosnia to indoctrinate and lead Alija Izetbegovic’s Muslim extremists in fighting the Bosnia Serbs.”

The article continues that such reports were as “rare as hen’s teeth” in the Western media throughout the 1990s, due to the fact it would prove the media was lying when it claimed the Bosnian Government were moderate and multi-culturists.

The Zbigniew Brzezinski interview, published pre-9/11, sparks ammunition to suggest that the CIA essentially “created” al-Qaeda and trained them.

Another important element which certainly augments the Truthers’ argument of foul play within the official 9/11 story is the fact that the 9/11 Commission was given a miserly $15 million to investigate the terrorist attacks.

With such accusations floating around, it isn’t difficult to understand why tens of millions of people are keen to reject the official 9/11 story. What do you think? Is there much more to the story? Is the US government and mainstream media covering their tracks? Or, is everything as it seems?