Would You Wear This Google Solar Powered Contact Lens? 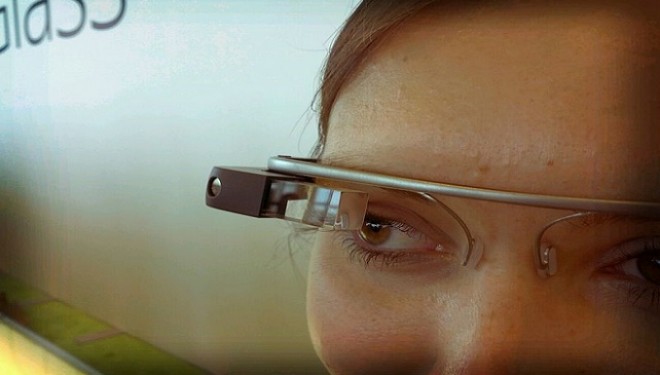 Mark Whittington view more articles
Facebook 0 Twitter 0 Pinterest 0 Google 0 LinkedIn 0
Recently, Salon reported that Google has filed a patent for a particular type of contact lens that will do more than just correct your vision (1). The lenses would be another form of wearable smart device that will do everything from monitor your health to process more information than just the visual that every other contact lens or eyeglass does.

The smart contacts are just the latest example of the new wave of wearable electronic devices that include the Apple Watch (2) and a previous product from Google known as Google Glass (3).

Filing a patent is just the very first step in a product development process that may take years. But, some hints of what Google wants its new contact lenses to do can be derived from the patent application and previous press announcements.

“The tech giant originally announced its smart contact lens project in 2014 and revealed that it was testing lenses that could measure glucose levels in tears using a tiny wireless chip and a tiny glucose sensor. But the new patent reveals new potential use cases for a smart contact lens.

“For example, according to the patent the contact lens could have sensors that detect a range of the wearer’s biological data, including internal body temperature and blood-alcohol content.

“The sensors could also potentially gather data about the wearer’s environment. According to the patent, the device could possibly sense allergens like grass or tree pollen, pet dander, and dust mite excretions.

“Photo detector sensors and solar cells on the contact lens would harvest light to constantly power the device. The photo detectors could be used to receive data, giving the device the ability to communicate with mobile phones and computers.

“Google also suggests in the patent that the lens could enable the wearer to read information in barcodes. Or be used to verify the wearer’s identity.”

The preceding is likely just a summary of what a computer-enhanced, solar-powered corrective lens would be capable of. One can imagine specialized smart lenses being used to help people who suffer from low vision, with conditions like macular degeneration and retinitis pigmentosa.

Another enhancement might be to allow the wearer to see beyond the visual spectrum, say, into infrared or ultraviolet. Smart lenses could be designed to have the same function as night vision goggles. The smart lenses could be used to download visual and text information from computer networks directly into the human eye. 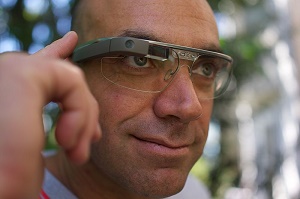 Google had already gone through a venture along these lines when it rolled out Google Glass a few years ago. Google Glass was a headset that could project information from the Internet directly into a human eye. One feature, which allowed the wearer to record what he or she was seeing roused the ire of privacy advocates (4) and made the product controversial.

Google Glass failed (5), despite the fact that it was well received by tech journalists, for a number of reasons besides the privacy push back. For one thing, the price of the product was pretty steep, costing about $1,500 per copy. The product was also marketed as a prototype, which limited sales to customers who were waiting for the next generation of Google Glass.

Google is obliging by rolling out Google Glass 2.0 (6). Little is known as of yet about the new and improved version’s features and price, not to mention when the product is due to be rolled out.

The smart contact lens is likely years in the future, though it looks like it will contain many of the features of Google Glass. The success or failure of the new version of the headset device will likely determine what will go into the computer enhanced, solar powered contact lens, if and when it is ready for the marketplace.