An Interview With CIA Spies: The Susskind Open End File

SallyPainter view more articles
Facebook 0 Twitter 0 Pinterest 0 Google 0 LinkedIn 0
The Freedom of Information Act (FOIA) section of the Central Intelligence Agency (CIA) hosts the transcript of a 1965 interview with three US spies that the CIA kept on file. David Susskind interviewed the three agents on his television series Open End. The episode was titled, “The Deadly Game of Spying” (1).

–> Peter Tompkins: Author of “A Spy in Rome” depicts his personal espionage experiences in German-occupied Italy during World War II.
–> Ladislas Farago: Involved in intelligence throughout the US and Europe, wrote several books.
–> Christopher Felix (pseudonym): Was a US government agent working in American intelligence operations and the author of a book.

Also participating as a guest was Flora Lewis, a New York correspondent with the Washington Post. Lewis also wrote a book; her book was about American master spy, Noel Field.


Why Become a Spy?

Susskind opened the show with the question, “Why does anyone want to be a spy?” He clarified his question by asking what motivates a person to undertake such a dangerous career.

Tompkins gave an unexpected answer. “Well, frankly during World War II, they gave me so much trouble, the brass on our side, that I thought it would be safer on the other. And it was.”

Felix became a spy during WWII. He stated, “It was an exciting aspect of the war.” He described the pleasures and compensations as, “… you know what other people don’t know. And there’s also a sense that you are accomplishing things, which can’t be accomplished any other way.”

He also stated that they didn’t think of themselves as spies. “The technical term is an agent,” he said, “And even you don’t think of that. You think that you have a job to do, and this is what you’re trying to accomplish. And the labels don’t count very much.”

Tompkins and Felix agreed that spies are motivated by adventure and patriotism.

Susskind wanted more and asked each guest what it was like to be a spy. Did they find it a constant struggle just to stay alive? Were they in constant danger? Was it a James Bond glamorous lifestyle?

For Farago, he never considered the dangers while he was involved. He admitted the job held some drama and glamour. He was an intelligence analyst/specialist. At one point after WWII, he was in charge of several field agents. His role was to evaluate and exploit the information he was given by his agents.

Farago stated that his “small group of agents” were “going in and out, across the Iron Curtain, mainly into Hungary, to gather information and to a certain extent to get people who were in immediate danger of being arrested by the Communists.”

Farago’s mission was “…to conduct an intelligence operation which was supposed to prevent the consolidation of communist regimes in Hungary, Czechoslovakia and the other Iron Curtain countries.”

They accomplished this by creating dissent and doubt that resulted in “a silent opposition to the regime.”

Lewis said that most of the people she interviewed didn’t spend their lives in danger or facing challenges like Susskind’s other guests. In fact, the biggest complaint she received was that of boredom. “So much of the time you have to sit around,” she said.

Thompkins, on the other hand, was behind enemy lines and in constant life-threatening danger.

The espionage trade is fraught with tales of torture and execution. The three used the term, “fall down or fell down” to describe when a spy was discovered, captured or killed. During peacetime, there are typically fewer spies, they explained. Those captured by the Russians were usually shipped off to prisons.

The three spies confirmed that torture and death were the norm for captured spies during WWII. 85% of the field agents “fell down”. Some spies captured during WWII were shot on the spot.

According to Farago, out of the 27 in his group, 7 disappeared. He believed some may have turned themselves over to the secret police.

“But we did find one hanging from the barbed wire. Actually, they left him there as an unpleasant example.” He explained that some of those captured spies never made it to internment camps. He added, “And I’m absolutely sure that two or three have been killed on the way, in transit.”

As for the 85% that were captured, Farago explained that they were first tortured. Some died under torture with many who survived the torture dying later. “But very few of them were actually executed. Some of them came out of the prison camps.” 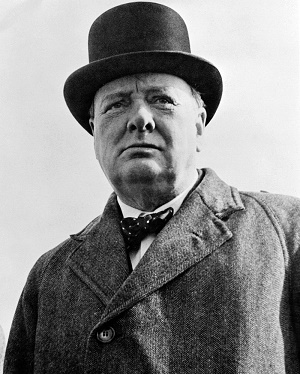 Farago gave the example of Churchill’s personal representative to the Marquis, known as White Rabbit. White Rabbit was captured on his second mission. He was presumed dead, but at the end of the war, Rabbit showed up, “…he wasn’t too much worse for the wear.”

The political objectives of those they worked for often created, “Major obstacles in this kind of work,” Felix explained. During his espionage work in Hungary, had he been caught, Felix said, “Most likely I simply would have disappeared and they would have found my body somewhere.”

Lewis commented that Felix might have ended up like an agent who was thrown from a moving train. Felix explained that two of their Eastern Europe naval attaches had suffered that fate. One supposedly “fell off a train just outside of Salzburg.” While the other one was “reported to have driven off a bridge in the night, a bridge which was broken and not marked.”

Felix and Farago discussed how compartmentalized their trade was. Farago had an office next to the agent that Felix worked for, yet the two men had never met until a few weeks prior to the interview.

All agreed that it takes all kinds to make a spy. Most spies attempt to blend into the woodwork and not call attention to themselves, although there have been a few very successful ones that were flamboyant.

However, Farago talked about two spies he knew. One was “most conspicuous and the other was the least conspicuous.” Both were considered to be “outstanding spies”. During the Nazi regime in Germany, Polish spy Sosmosky was a playboy and had a “string of mistresses in the German war office.” The other spy was Abel, a Soviet spy who was “totally inconspicuous.” Farago concluded that, “Nevertheless, in the end, both fell down.”

What Attributes Make for a Good Spy?

During the time of these three spies, there were no tests given to assess their abilities. Tompkins described how he self-trained in the forms of disguise. He would disguise himself as an obscure inconspicuous person or a playboy. He recounted how he’d fooled the German spy-catcher in Rome. He donned the role of playboy and partied all night with the German, who never once suspected his true identity.

Thompkins admitted that his espionage mission in Italy was dangerous and death loomed over him constantly. His work began as an intelligence operation but quickly grew into a spying operation.

“They wanted to know every single thing they could about the Germans.” Working with various Roman political parties, Thompkins’s group watched the roads and reported to the allies all German traffic movement. He even recruited an anti-Nazi Austrian who worked within the German headquarters.

When asked to rate the Russian and German effectiveness in espionage activities, Tompkins rated Russian espionage effectiveness as “first rate”. Felix stated that Russian intelligence was “an extraordinary mixture of the highest professional skill and the lowest sort of brutality.” He said this range was due to their [Russians] attempts to “enlist agents by the cheapest form of blackmail. And a blackmailed agent is not a good agent. He’s not a person you can depend on.”

He stated that while the Germans had “tremendous successes during the war; they also had some magnificent failures.” He gave greater insight into the internal opposition within the Third Reich.

According to Tompkins, one of the “great fighters against Nazis was a Colonel or Brigadier Colonel named Oster. (This name is written as Oskar in the transcript but is circled and OSTER hand-written as a correction). Oster’s group hid within the Nazi intelligence organization (2).

Tompkins explained that Hilter depended on Oster for intelligence. His group delivered accurate intel, but they also “diluted the information by inventing alternatives and leaving it to Hitler’s intuition to pick the right landing spot or pick the correct event that was going to happen.”

This group began working against Hitler in 1938 and attempted to find a peaceful resolution, oust Hitler and prevent the war. Thompkins said that the group was so good that, “their top-ranking agent in England, who went under the cover name of Josephine, remains unidentified to this very day.”

A very relevant topic during the time of the interview was the failed Bay of Pigs Invasion. The cause of the failure was mostly attributed to bad information. When asked to expound on bad information, Felix explained how it might have happened.

He pointed out that there were three points of possible bad intel. One was the problem of collection, the problem of evaluation and the prejudices at “both points in the process”.

He said, “If you had Cubans reporting, let us say, what they wanted themselves to believe, that if an invasion of a thousand men came ashore the country would rise.” When that information reached those in America, who also wanted to believe this would happen, then it created “a weakness at both ends of the process.”

When asked about gadgets and unique equipment that spies use, Tompkins responded, “I longed to have some useful technical equipment, but it was all kept in Washington top secret, not to be used in the field.”

He talked about an infrared light, matchbox cameras and other marvelous gadgets he’d seen and could have greatly used, but these were never released to agents in the field.

Farago talked about a tear gas bullet that was made to look like a pen. It only disabled your enemy. “The moment you expect danger, you don’t take any chances. This, you just pull it out and shoot it.” He added that some agents were trained to use it, but that he wasn’t “very proficient with it.”

He also reminded that most of the techniques and gadgets in use at that time came after WWII. Some of those included:

Still with new gadgets, Farago was quick to state that a “spy worth his salt” wouldn’t rely on gadgets. Another important point made was that anyone suspected of spying and found in possession of such spy gadget was automatically guilty.

The last thing a spy does is get caught. Getting caught, according to Felix is mostly the result of “a simple wearing down of the laws of chance” that are working against the spy.