False Flag Attacks: How to Spot Your Government’s Lies 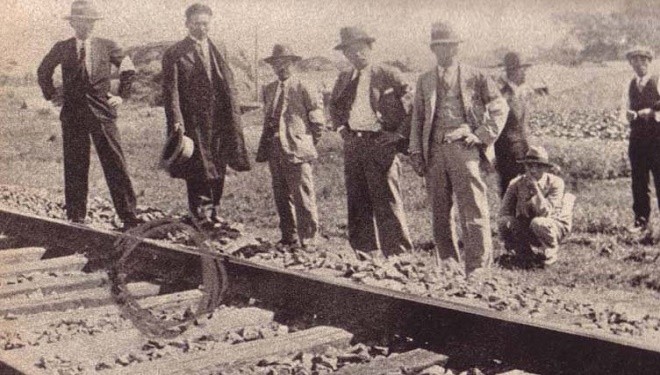 GabriellePickard view more articles
Facebook 0 Twitter 0 Pinterest 0 Google 0 LinkedIn 0
In 2015, Top Secret Writers wrote a report explaining the concept of false flags and why we should care about them (1). As we wrote in our 2015 report, false flags are malicious and involve nations being unable to think of a logical explanation for an event, blaming their enemy, despite evidence stacking against them.

Throughout the decades governments around the world have been involved with false flag efforts in some size, shape or form. The trick is knowing how to spot them.

One early example of a false flag attack occurred in Rome on July 19, 64 A.D. A huge fire swept through an entertainment and chariot racing venue in Rome known as Circus Maximus. The flames ravished through the densely populated city, leaving much of the city burned to the ground.

It was known that Nero, the Roman Emperor at the time, wanted to build a series of palaces in Rome, which he planned to be known as the ‘Necropolis’. However, in order for Necropolis to be constructed, a third of Rome would have to be destroyed.

Despite the Senate rejecting the idea the fire had been started deliberately, the ‘Great Fire of Rome’ is considered an early example of the ruling class instigating a crisis in order to benefit themselves, which is a key sign of a false flag attack (2).

While it was never admitted that the Great Fire of Rome was started deliberately, there are numerous accounts of governments admitting false flag operations.

One example of this involved a major of the Nazi SS admitting at the Nuremberg trials, under apparent orders of the Gestapo, that the Nazis had deliberately faked attacks on fellow Germans and then blamed it on Poland as a means of justifying their invasion of Poland (3).

Another more recent example of a self-confessed false flag attack by a government is Egyptian politicians admitting that government officials had looted priceless artifacts from museums in Egypt in 2011 as a way to discredit protesters.

It seems most countries stand guilty of being involved in false flag operations at some point. In Britain, its intelligence agency admitted to carrying out ‘digital false flag’ attacks on targets in order to frame people by writing unlawful or offensive material and then blaming it on the target.

So how do we spot our government’s lies when they are caught up in shocking false flag operations in order to deceitfully point the finger of blame at the enemy?

One common element that helps us identify false flags is that they often occur when there is little resistance when the ‘justified’ attack starts. With little resistance, especially when the crisis occurs, governments are able to conduct their false flag actions with greater ease.

An example of this can be found in the Manchurian Incident of 1931, when Japan deliberately attacked a railway in the Manchuria province of China. Japan immediately charged the Chinese military with the explosion on the railway and invaded Manchuria, claiming it was an act of self-defense. The fact that Japan encountered little to no resistance from an untrained Chinese army meant it was able to go on and invade Manchuria.

Other Signs to Watch For

The primary purpose of false flags is that they work to the advantage of the aggressor in some way. This can be starkly seen with the Great Fire of Rome, whereby a third of the city being destroyed in the fire may have been devastating for its citizens, but for a greedy emperor who wanted to build a ‘Necropolis’ it would be of great benefit.

Another common sign of a false flag has been pinned on foreknowledge. As Intelihub.com writes:

All the notorious and publicized mass attacks of late have had evidence of foreknowledge” (4).

The report gives the example of the BBC reporting about the World Trade Center falling prior to the attacks being made and that ‘mysterious calls’ were made to the likes of Willie Brown, the San Francisco mayor, advising him not to fly to New York City on September 11.

There are other aspects that have been cited as being signs of false flag attacks, including eyewitnesses having conflicting accounts, evidence being “conveniently” destroyed and there being no immediate motive for the mass attack.

Of course, there are always conspiracy theories surrounding any big historical event. It can be difficult to wade through what is fact and what is fiction. Not everything that looks like a false flag is one.

What are your thoughts on false flags and how we can detect them? We’d love to hear our readers’ thoughts and opinions about controversial false flags.

References & Image Credits:
(1) TSW: What Is a False Flag Attack and Why Should You Care
(2) Third World Traveler
(3) WashingtonsBlog.com
(4) Intellihub