Pine Bush UFO Capital: Is It All a Tourism Stunt? 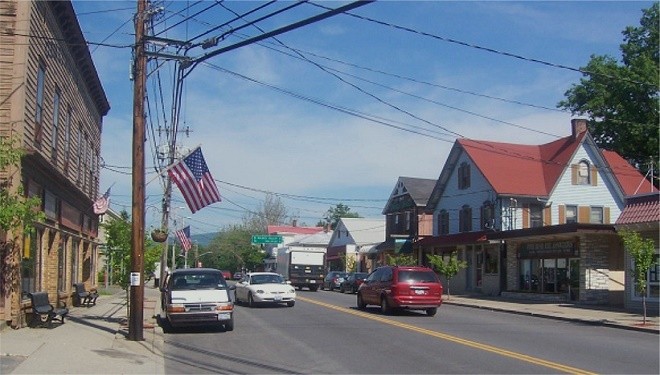 Mark Whittington view more articles
Facebook 0 Twitter 0 Pinterest 0 Google 0 LinkedIn 0
Pine Bush, New York (1) is a hamlet located north of New York City on the border of Ulster and Orange Counties on the Shawangunk Kill River. The hamlet has less than 2,000 inhabitants who are 95 percent white, with a few African Americans, Native Americans, and Asian Americans.

One of Pine Bush’s claims to fame is that it is the home of the Dharma Drum Center, a Buddhist community and learning center. Its other claim to fame is that the hamlet purports to be the UFO capital of the east coast, as famous, in its own way, as Roswell, New Mexico (2).

Weird US’s article on Pine Bush (3) notes that reports of UFO sightings in the ordinarily sleepy hamlet dating back to the 1960s. Pine Bush’s claim to fame as a hotbed of UFOs came about in the mid-1980s, continuing into the 1990s.

“Locals first began to speak among each other regarding the strange events they were noticing. Many had seen different types of odd aircraft––from the familiar boomerang-shaped vessel to pencil-thin hovering objects, to quickly-moving balls and beams of light making regular sojourns in the skies above their homes.

“Furthermore, people began whispering of strange strobe lights that were often seen emanating from forests and wooded areas scattered about town. Many reported hearing strange noises and having odd things happen at the Jewish Cemetery on Route 52.

“Town officials were also confused by the recurring phenomenon happening at a small bridge in town––no matter how many times they would repaint the structure, the paint would quickly peel away for no apparent reason.

“These stories were told privately, if at all, among confused and scared locals. Many didn’t realize that their neighbors were having experiences similar to their own––most people were unsure of what they had seen or were frightened of being regarded as crazy for their claims.”

People started gathering in various places in and around town to watch for UFOs. They were soon joined by outsiders who flocked to the hamlet to catch a peek of what they thought might be alien spacecraft.

Walter Strieber published accounts of alien encounters he claimed to have had in a small cabin near Pine Bush.

A recent story in the New York Post (4) suggests that Pine Bush has developed quite a tourist trade based on its UFO reputation.

The hamlet holds an annual UFO festival and parade in which people show up dressed as aliens, some the little green men variety, some as Imperial stormtroopers from Star Wars.

Local businesses, such as the Cup and Saucer Classic Dinner, have taken up the UFO theme.

Nothing is readily available about how much the hamlet takes in from the UFO tourism trade. The question arises, however, is all the hype justified?

Are aliens choosing this area of New York State to buzz around in their spacecraft, stirring up the locals? To hear from the people who live in Pine Bush, their hamlet is busier with UFOs than just about any other place on Earth, with weekly sightings.

Out of the over 4,000 sightings of UFOs listed in the skies over New York State, just 12 happened in the vicinity of Pine Bush between August 2014 and August 1988.

To be sure, a lot of sightings may have gone unreported, but the story doesn’t match up with the legend of Pine Bush as a hub for UFOs.

But in a way, does it matter? You could do worse things, if you live in or are visiting New York City, than to take a drive up to Pine Bush for the UFO Festival, partaking of local fare, listening to the stories by the locals, and maybe spending a night rambling in the woods hunting for floating lights.

You may never meet an alien face-to-face, but you will have a fun stop on a vacation.