Will Bernie Sanders Sentence Wall Street Bankers like Iceland Did? 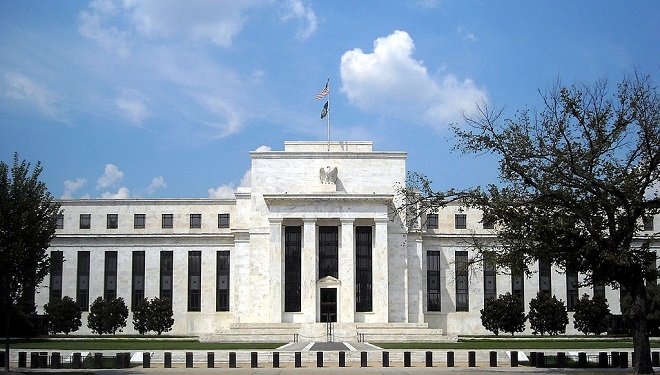 In a recent opinion article for the New York Times, Sanders criticized the US’s central bank’s decision to raise interest rates for the first time in almost ten years (1).

Describing the decision to raise interest rates as the “latest example of the rigged economic system,” Sanders said he will ‘fix’ the Federal Reserve by increasing transparency and regulation and throwing bankers off its boards as a way of “reining in Wall Street.”

On the Bernie Sanders’ website (2), Sanders describes how the six largest financial institutions in the United States issue more than 35 percent of mortgages in the country and over two-thirds of all credit cards, and that they hold assets equivalent to approximately 60 percent of America’s gross domestic product.

Instead of gambling trillions in “risky financial decisions” knowing they can expect a public bailout, “we must break up too-big-to-fail financial institutions”, writes Bernie Sanders.

The Democratic candidate urges that the US’s banking system must be part of a job-creating and productive economy. He warns that such institutions have acquired too much political and economic power and are consequently “endangering our economy and our political process.”

In order to rein in Wall Street, according to Sanders, a reformation of the Federal Reserve is required, an institution that has been “hijacked by the very bankers it regulates.”

Sharing his concerns that the bankers responsible for the 2008 financial crash have yet to be prosecuted, in a recent Tweet, the Democrat wrote:

Not one major Wall Street executive has been prosecuted for the near collapse of our economy. That will change under my watch” (3).

Just a day after Hilary Clinton called on Bernie Sanders to support her in a Wall Street reform plan, Sanders delivered what has been described as a “one of the most explosive speeches of his campaign”, the presidential hopeful unveiled his plan to break up big banks and, as US Uncut.com worded it, “hold financial executives accountable for the actions that led to the 2008 financial crisis” (4).

Interestingly, the corporate-owned media networks, such as CNN and ABC, failed to report the speech and instead it caused a storm on social media under the hashtag #BreakEmUp. 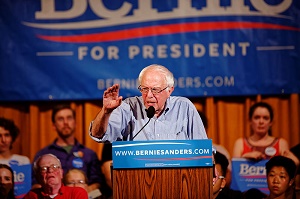 If could be argued that Bernie Sander’s stance on Wall Street bankers and the Federal Reserve is similar to the actions taken in Iceland involving the nation’s bankers involved in the 2008 economic collapse.

The ‘Great Recession of 2008’ hit Iceland particularly badly as prior to the collapse the country had one of the world’s most thriving economies. When the country’s three major banks collapsed, instead of pumping billions of funds into bailouts, Iceland sent its fraudulent bankers to jail.

Several banking executives were sentenced to between four to five and a half years in prison for charges of fraud and market manipulation. As the prosecutor at the trials asked:

Why should we have a part of our society that is not being policed or without responsibility?” (6)

Could it be that if Bernie Sanders took up residency in the White House, corrupt bankers would be in for a similar fate as those is Iceland? The Democratic candidate is certainly determined to make it clear that if he is elected president, there will be a much tighter leash on the US’s banking system.