CBS Reveals Clinton Made Up Details About Bosnia Trip 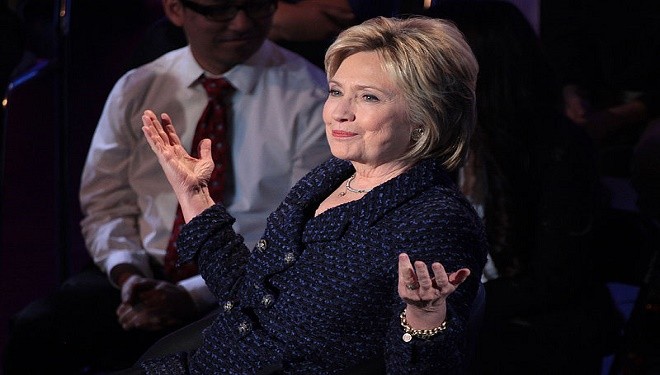 GabriellePickard view more articles
Facebook 0 Twitter 0 Pinterest 0 Google 0 LinkedIn 0
In 2008, CBS News (1) resurfaced its 12-year-old report showing Hillary Clinton as the First Lady arriving in Bosnia with her daughter in 1996. The footage had been resurfaced by CBS News in 2008 due to Hillary Clinton’s claims during her presidential election campaign that on her trip to Bosnia she had landed “under sniper fire” to no welcome ceremony and was told to “run to the cars.”

The report, which is by CBS News’ Sharyl Attkisson, shows footage of Hillary Clinton’s trip to Bosnia accompanied by CBS News when she was First Lady in March 1996. The clip cuts from the footage of Hillary Clinton in Bosnia to a speech she made in 2008 during the election campaign, when she talks about how she and her party were supposed to have been welcomed by a greeting ceremony at the airport but instead they just “ran with their heads down to get to their base.”

Attkisson talks of Clinton’s remarks being untrue and how CBS News should know as they were with the former First Lady on her trip to Bosnia. The clip shows pictures CBS News recorded of Hillary Clinton greeting children at the welcoming ceremony when the plane landed, the ceremony Clinton later claimed “didn’t happen.”

The footage also clearly shows there was no sniper fire back at the base and Clinton posing for photographs with army troops and later singing at a USO show alongside Cheryl Crowe, a far cry from the assertions of “running for cover” Clinton claimed some 12 years later.

The report then shows Clinton’s campaign aide, Lissa Muscatine, defending Clinton’s comments about her dramatic arrival in Bosnia, stating that she meant there had been fire in the hillside when they landed. The clip also shows Mike Allen of Politico.com talking of how the “dramaticized” claims will give Barack Obama a case to prove that all the experience Hillary Clinton has is at least partly her imagination.

In the wake of the report that shows Clinton’s contradictions, the Washington Post wrote how there were “numerous problems with Clinton’s version of events” (2).

“Hillary Clinton has been regaling supporters on the campaign trail with her hair-raising tales of a trip she made to Bosnia in March 1996,” wrote the Washington Post.

The report went on that had Clinton’s plane landed “under sniper fire”, we would “certainly have heard about it long before now.”

Of course this is not the only time Hillary Clinton has been involved in a scandal involving the democratic candidate possibly telling lies.

In January this year, the Huffington Post was quick to pick up on the inaccuracies about Clinton’s attacks on Bernie Sanders (3). In a recent speech in New Hampshire Clinton spoke of Sen. Sanders wanting to “dismantle Obamacare, dismantle the CHIP program, dismantle Medicare, and dismantle private insurance.”

However, as the Huffington Post was quick to point out, nothing in the statement is actually true and the Sanders’ campaign was “quick to act calling her comments inaccurate” and that Bernie Sanders had not, at the time, released his healthcare proposal.

From publishing reports that disclose Hillary Clinton ‘exaggerating’ the truth about her dangerous trips as First Lady deemed as too dangerous for her husband and the former president to go on, to seemingly (4) editing applause on a televised Democratic debate that seemed to erupt into a rapturous applause when Clinton spoke, it seems that when it comes to the Democratic candidate who wants to be a ‘champion for everyday Americans’ CBS News has some kind of love/hate relationship.

What do you think? Did Clinton simply misspeak and actually meant there was the sound of gunfire nearby, or, did she exaggerate to add some excitement to her story?