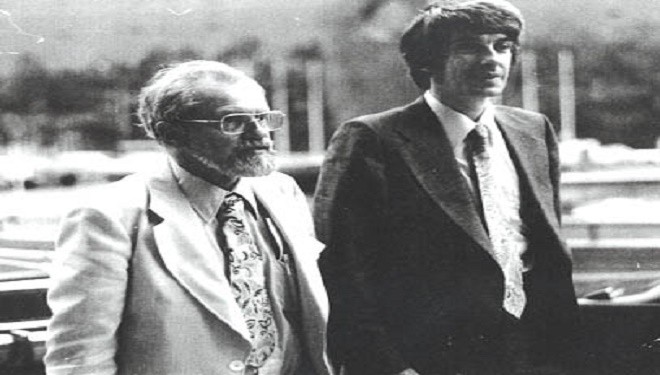 A former mainstream scientist, Vallée co-developed the “first computerized mapping of Mars for NASA.” But, this wasn’t his only significant accomplishment. Among his many achievements, he is noted for the work he did at SRI International. It was here that Vallée worked “on the network information center for the ARPANET, a precursor to the modern Internet.”

He became interested in UFOs after having his first encounter several years before moving to the US.

In 1955, Vallée claimed to have spotted a UFO over his home in Pontoise, located about 18 miles northwest of Paris. His alleged experiences with UFOs didn’t stop there.

In 1961, he was a staff member of the French Space Committee. This was the year he “witnessed the destruction of the tracking tapes of an unknown object orbiting the earth.”

Vallée and his fellow scientists assumed the object they’d witnessed in a retrograde orbit, meaning that it was traveling in the opposite direction of the Earth’s rotational direction, was an asteroid. However, when his superior erased the tracking recording of the object, Vallée was confused since at the time, “there were no rockets powerful enough to launch such a satellite.”

Vallée’s interest in UFOs seems to have been sealed after experiencing these encounters. He’s been involved in scientific research of UFOs ever since. He currently serves on the French Genopole science board and is an elected Trustee of the Institute for the Future (2).

Over the years, Vallée has called for the legitimate scientific study of UFOs (3). He’s considered one of the leading experts on the phenomena. In fact, the character of the French scientist, Claude Lacombe, in the movie “Close Encounters of the Third Kind” was based on Vallée (4).

Vallée authored several “scientific” books on the UFO phenomena. Many other leading UFO researchers like Jerome Clark believe Vallée’s “first two UFO books were among the most scientifically sophisticated defenses of the ETH [Extraterrestrial Hypothesis].”

In July 2014, Vallée was still urging that the study of the UFO phenomena be taken seriously and called for the scientific study of UFOs to be officially undertaken. In his paper, “UNIDENTIFIED AERIAL PHENOMENA: A Strategy for UAP Research Paris,” Vallée states, “After years of ideological arguments based on anecdotal data the field of UAP research appears ready to emerge into a more mature phase of reliable study” (5).

Vallée puts forth an argument that many countries have a “renewed scientific interest” in UFOs and this interest is “based on credible official or semi-official documents.” The types of research he believes should be undertaken include:

Vallée warns that steps toward serious scientific research should “avoid repeating past errors.” To achieve this, he suggests:

–> “Such projects need to generate new hypotheses”
–> To test hypotheses rigorously “against the accumulated reports of thousands of observers.”

Of course, he admits that the biggest drawback to this approach is the lack of an existing repository of what he calls, “reliable global data.” He states that the task of trying to assemble any kind of reliable global data is daunting due to the past data having either been ignored or “underestimated”.

This doesn’t stop his determination and Vallée points out that the purpose of his paper, “is to briefly review previous work in the compilation of UAP databases and outline some new directions for research.”

In the paper, Vallée examines previous works, such as that done by “researcher Jean-François Boëdec in the département of Finistère between 1950 and 1981.” He states that Boëdec’s research demonstrates how longitudinal studies of “screened UAP observations” could become a model for “regional or even national assessment of the patterns behind the phenomenon.”

He also points out that the work of other investigative groups throughout the world merits exploration. Many of these groups have compiled their own databases of UFO sightings. He suggests there is much that can be learned from their work as well as those who have claimed to have had UFO experiences. He sets out the various groups that have compiled lists and case studies.

Vallée also discusses the data collected by Project Blue Book. He explains how it was converted into punched computer cards, the earlier way of storing computer information. Vallée worked with Northwestern University Prof. J. Allen Hynek, a consultant to Project Blue Book. During this time, Vallée states that he and his wife Janine “compiled the first-ever computer database of UFO sightings.”

Vallée sets out a comprehensive list of questions that need to be asked and explains how science can answers these questions to unlock the mystery of the UFO phenomena. He writes, “It is striking to observe that ALL the above issues could be addressed with the current tools of the Sciences, WITHOUT pre-conceived ideology, and without using the ETH as the primary hypothesis to be tested.” 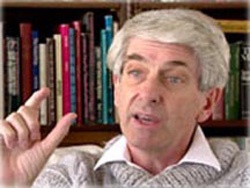 In 1979, Vallée published a book, “Messengers of Deception: UFO Contacts and Cults”. This book examined UFO cults and their negative impact on people. In the book, he expressed concern for the Heaven’s Gate’s leader and the impact UFOs could have on controlling social behavior. His worries seem to have been founded when, in 1997, the cult members committed suicide together (6).

Vallée’s views on UFOs have changed over the years evolving beyond ETH theories to a theory that UFOs might be “multidimensional visitations.” This theory espouses extraterrestrials as “multidimensional beyond space-time, and thus could coexist with humans, yet remain undetected.”

In 1990, he published this theory in a paper titled, “Five Arguments Against the Extraterrestrial Origin of Unidentified Flying Objects.” This theory is based on the patterns that Vallée says his accumulated database points to UFOs being real. He writes that the UFOs “represent a previously unrecognized phenomenon, and that the facts do not support the common concept of ‘space visitors’.” He points out that the report of UFOs throughout recorded human history “demonstrates that UFOs are not a contemporary phenomenon”.

He further states that UFOs apparently have the ability to “manipulate space and time”. This capability “suggests radically different and richer alternatives”.

Vallée believes the UFO phenomenon is some form of “non-human consciousness”. This intelligence “seems to masquerade in various forms to different cultures”. He believes this non-human intelligence “attempts social manipulation by using deception on the humans with whom they interact.” He further suggests that another aspect of UFOs might not be alien, but “human manipulation by humans”.

Why would such an elaborate staging of UFO phenomena be undertaken? He states the purpose could be to “alter their [humans] belief system, and eventually, influence human society by suggesting alien intervention from outer space.”

His theory is rejected by many UFO researchers. In fact, Vallée refers to himself as a “Heretic among heretics” (7). Yet, he believes only when a “clear scientific approach” is used “to build a platform of screened, calibrated data” can the questions of the UFO phenomena be answered.