WC view more articles
Facebook 0 Twitter 0 Pinterest 0 Google 0 LinkedIn 0
Lacking closure, the Todds asked both the Singaporean and American governments to help them out; nothing was adding up. The police report seemed to be from another crime scene and evidence “confirming” the suicide was sketchy at best. There was a suicide note, but the Todds immediately discerned it could not have been written by Shane – a fact later proven to be true.

The family pushed both governments to pursue leads consistent with murder before a final verdict was reached. The Todd family assembled their findings and pointed out inconsistencies within the investigation. One of the primary drivers of their fear of foul play was Dr. Todd’s misgivings about working with China’s Huawei technologies and their potential role in illegal technology transfer. This, coupled with Shane telling his family that he thought his safety was in jeopardy due to his role at work, merited further scrutiny into the possibility of a homicide.

All of this was branded as beyond the pale by the Singaporean government, the police force and American functionaries. None was sympathetic to their plea for help.

Shane’s family reached out to his employer IME, and they were equally as obtuse. After expressing concerns about foul play related to work that Shane was doing, they were told they were badly mistaken. IME claimed that the company had no dealings with Huawei, nor did Shane. His employer stated that the assertions to the contrary were baseless; the Todd’s were told that unfortunately, they had been misinformed. What IME did not know was that as luck would have it, the family soon had proof that IME had prevaricated.

While visiting the crime scene, the family was picking through Shane’s effects and found what appeared to be a “speaker”. They grabbed it thinking it could be of use to one of his brothers. Fortunately for them, it was Shane’s backup hard drive. Data from the device proved that not only had Shane been dealing with Huawei, but much more.

After discovering the removable storage device, the family reasoned that data on it might shed light on what had happened to Shane. If he had been suicidal, then there could be evidence. On the other hand, they reasoned, it could provide leads to Shane’s death. With that in mind, they sent the hard drive off to a forensics expert for analysis.

The hard drive was sent to a professional in the field. He was able to access data written by Shane. Fortunately for the family, Shane had painstakingly outlined projects he was tasked with and the hard drive showed what he had specifically been working on while at IME.

The device proved that contrary to what they had been told by IME, Dr. Todd had, in fact, worked on a project with Huawei, his hard drive said as much (see project plans here – 1). This revelation only seemed to bolster their conclusion of foul play. After all, if nothing was amiss, then why did IME vehemently deny any association with Huawei?

Furthermore, the forensics expert found that the hard drive was accessed three days after Shane’s death. In fact, whoever had searched through the device, only accessed Huawei-related work. Most telling was that data about the scientific formula for enhancing a GaN chip was copied to a folder and then deleted. This information was one of the most crucial components of Shane’s work. Was it important enough to kill for?

Once again the police initially denied knowledge of the hard drive and its contents. After they had been presented with the damning evidence of Shane’s work, they became concerned. This was even more true once they found that files focusing on Huawei had been accessed and or altered, after his death.

Rather than investigate, the SPF claimed to have had knowledge of the backup device and had in fact given it to the family. The police claimed that it was they who had accessed the data as part of the routine investigation. Ironically enough, nothing of the sort was mentioned until the Todd family presented them with the facts.

All this did was to further convince the family that something was seriously amiss. It seems odd that someone investigating the potential homicide/suicide would not collect all relevant devices in order to assist them. After all, they confiscated his computer, cell phone and other items but not the external drive. In addition, why would the police search through that device at Shane’s house, alter data, and then not take it into storage with the rest of his gear? Lastly, if this were all true, then why did the police not tell the family this from the outset, nor document the same?

There was an obvious attempt being made to distort the trajectory of the investigation. The Todds were beginning to get a clearer picture of why.

Proof of Shane’s Involvement with GaN and Huawei

Less than one year after joining IME and leading a five-man team focusing on GaN devices, Shane began work on a project with Huawei, his backup hard drive said as much. In September of 2011, Shane had created a folder called “Huawei” and it included several subfolders detailing the proposed work.

After joining, he was tasked with seeking an appropriate partner for machinery with enhanced GaN capabilities. Shane found Veeco, an American firm with good proprietary technology. Eventually, Veeco and IME collaborated.

The problem with IME dealing with Veeco on this project was that the Veeco machine had definite dual use capabilities. It is illegal for Veeco, an American firm, to sell this to China. In response to issues such as the Tienanmen massacre and others, Washington sanctioned Beijing. One of the things they did was to impose restrictions on products which could serve both civilian and military uses. Based on Beijing’s increasing belligerence and military threats, such a move seemed prescient indeed. To this day, such restrictions apply.

Due to the potential for dual use, Veeco could not directly sell to Huawei via IME. In order to do so, they would need permission from Washington. Shane’s involvement could help them skirt this law, however.

Being an American citizen Shane could legally “take a peek” at Veeco’s secret recipe and skirt the law. Apparently this was the plan as Shane claims he would be put into a room where he could look at and take notes on the same. By doing this, Veeco could help move the project along and not be in violation of any laws. 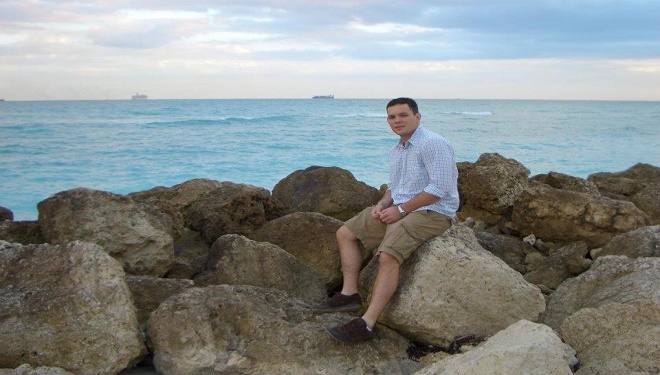 Dr. Todd Tells His Family He is Quitting

It must have been all of these factors which drove Dr. Todd to disclose to his family that his work with IME must cease. Shane’s family dug deeper and presented Shane’s work plan to experts for analysis. The One thing that stood out was the potential military applications for the proposal.

On the hard drive, Shane had documented a two-year plan for the projected work. It would begin in 2012 and end in 2014. The goal was to produce jointly an amplifying device which was powered by GaN. As GaN is more robust than silicon, it would allow the amplifier to function in more adverse conditions than silicon. While this technology could be used for commercial purposes, Huawei’s desire to be part of this specific project was especially troubling.

“…It would be ‘unnerving but not surprising’ if Huawei were to be trying to advance its GaN technology… could be used for a number of military applications: high-powered radar, electronic warfare including signal jamming and even potentially some weapons ” – Robert York, a world leader in GaN research (2)

The more the Todd family researched Shane’s work at IME, the more convinced they became that he had been murdered. They reasoned that the nature of his work had put him at risk. The cover-up by IME and dismissive attitude of the SPF merely reinforced this belief. After all, Shane said that he had feared for his safety due to his work with a secretive Chinese company. His employer denied any truth to this claim, but then was proven wrong. When faced with evidence from Shane’s hard drive, they demurred saying that it was merely a proposal. They contend it was a project that was never pursued. But the hard drive proved otherwise.

The political fallout of the proposal played a major role in the cover-up. Shane’s work had tremendous military potential and IME’s partnership with Huawei in such a thing would be toxic. Sir Colin Humphreys- the Cambridge University Centre for Gallium Nitride, said that the Huawei project had a huge potential for military use.

Steven Huettner, a specialist in such technology and employee of Raytheon Missile Systems was more direct. After reading the project specifications, he called the plan “disturbing”.

What stood out to Mr. Huettner was the, ‘…Absolute military potential for the project. While it did have civilian use, the project did not appear to be written for that. In fact, he contended that…an obvious use would be for high-powered radar that could enhance … military capability.”

Transfer of this would have severe repercussions. No wonder IME had disavowed any knowledge of it.