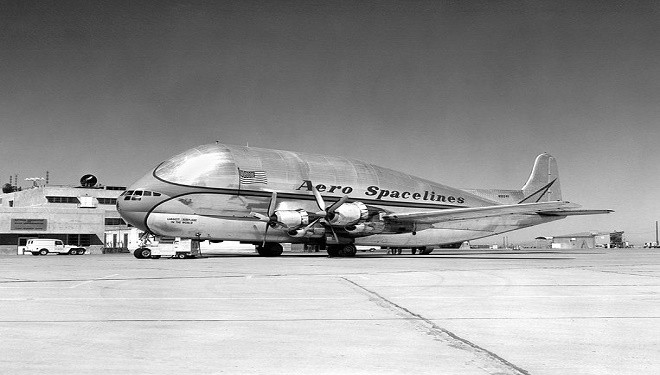 GabriellePickard view more articles
Facebook 0 Twitter 0 Pinterest 0 Google 0 LinkedIn 0
From the strange Hungarian Roswell crash of 1996 (1), to the equally mysterious Japanese UFO sighting in 1803 (2), when it comes to alleged UFO sightings, the most weird and wonderful always make the most interesting reading.

While some alleged UFO sightings have logical explanations, others, like the two mentioned above, are shrouded in mystery forever.

For those sightings with logical explanations, one common explanation is that the so-called UFO was in actual fact some kind of strange looking aircraft.

In a report on Hexapolis.com, an online digest that covers topics in science, architecture, technology and history, a series of cases are listed related to unusual man-made aircraft that might have been confused as UFOs (3).

Resembling a silver flying dolphin with a shark’s tail, you really would think Martians were landing if you saw the Avro Aero Spacelines Pregnant Guppy coming toward you in the sky!

This giant, oddly-shaped aircraft achieved its purpose – carrying the huge NASA equipment that was needed for Apollo moon missions.

In 1979, these cargo aircrafts were scrapped when large-scale operations carried out by NASA were cut back.

With its saucer-like shape and shiny metal surface glimmering in the sunshine, the Avro Canada VZ-9 Avrocar is hailed as being “arguably the closest thing to a ‘flying saucer’ ever made by humankind.”

The experimental flying machine was conceived in the United States as part of a top secret project during the beginning of the Cold War. The aircraft was designed with the ‘Coanda effect’ in mind, allowing it to lift and thrust from one solitary exhaust.

However, plans to make the Avro Canada VZ-9 Avrocar a fighter plane were dropped in favor of the arrival of a high-performance helicopter.

This hefty machine looks like some kind of giant flying turtle! It was designed by the Italian designer Robert Ludvigovich Bartini in the Soviet Union as an amphibious plane that could maintain high speeds over long distances.

These bizarrely formed aircraft had a total of 107 flights and eventually faded out following Bartini’s death. 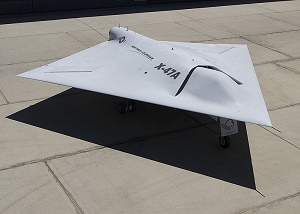 Fast-forward 30 years and there’s another strange looking object threatening to grace our skies, which could easily resemble a UFO arriving on planet Earth from outer space!

With an automated control system and anti-corrosion skin, the Northrop Grumman X-47A Pegasus was conceived as aircraft that was able to function in a densely electromagnetic environment.

With a wide wing-span and a smooth grey surface, the Northrop Grumman X-47A Pegasus looks a little like a pterodactyl dinosaur flying through the sky. Though the aircraft never made it past being anything other than a prototype.

Another strangely-designed aircraft of the ‘noughties’ – you wouldn’t be blamed for thinking the Martians and finally landed if you saw the Lockheed Martin P-791 land in your back garden!

This roundly-shaped aircraft with four stubby ‘feet’ looks a little like a flying hippopotamus. As Hexopolis informs the P-791 was part of Lockheed Martin’s ambitious plans to create a hybrid aircraft, which combines aerostatic lift and aerodynamic lift.

There are numerous UFO sightings on record. Some can be explained away by these experimental aircraft and others can’t. The debate is still ongoing about what exactly UFOs are.