The Tragic Consequences Of The Iraq Burn Pits 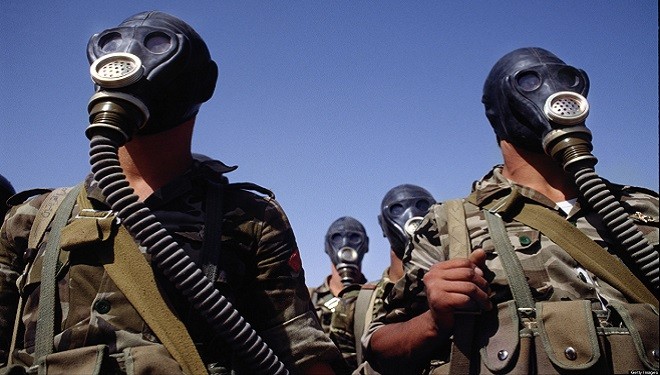 Mark Whittington view more articles
Facebook 0 Twitter 0 Pinterest 0 Google 0 LinkedIn 0
In a scandal that has the potential to rival that of Agent Orange from the Vietnam War, and the Gulf War syndrome (1) from the First Gulf War, many veterans from the wars in Afghanistan and Iraq have come to believe that they have been given deadly diseases from the use of burn pits in those theaters of operation.

When the American military first entered Afghanistan and Iraq, it dealt with refuse of all types by piling it in huge pits near military bases, pouring aviation fuel on it, and burning it. The method was supposed to be a stop-gap measure until safer incinerators became available, but burn pits were used long after incinerators were made available, according to the New York Times (2).

The problem is that just about anything was piled into the burn pits, including plastic, batteries, and other trash that released toxic gas as it was burned in the open air.

As early as 2010, veterans of Iraq and Afghanistan were beginning to sound the alarm about unusually high instances of respiratory diseases and even cancers afflicting soldiers who were exposed to the toxic effects of burn pits.

Congress mandated a study to be conducted by the Institute of Medicine to look into the link between burn pits and illnesses suffered by soldiers.

The report (3), which came out the following year, concluded that, while the level of particulate matter around the burn pits was higher than what was considered safe by government regulatory agencies and that there was a link between such levels and cardiopulmonary illness, there was little evidence of a link between exposure to such particulate matter and reduced respiratory function.

Fast forward five years, and NPR (4) reports that the issue is not going away. Congress mandated that the Veterans Administration create an Airborne Hazards and Open Burn Pit Registry for veterans who believe that they have been made sick by their exposure to burn pits and other airborne hazards in Iraq and Afghanistan. 50,000 veterans have signed up for the registry, which is being used for research into the phenomenon.

Unfortunately, it is the position of both the military and the VA that insufficient evidence exists to link exposure to toxic fumes from burn pits to service-related ailments. While officially the VA is dealing with claims related to burn pits on a “case by case basis,” the fact is that many veterans with chronic and even deadly diseases are being denied treatment, the theory being that insufficient evidence exists that there is a service-related link.

Complicating things is the fact that a civilian contractor, KBR, operated many of the burn pits. A number of sick veterans have launched a class action law suit against the company. However, KBR is vigorously defending against the suit, pointing out that it operated the burn pits at the direction of the military.

According to Salon (5), a new book, entitled “The Burn Pits: The Poisoning of American Soldiers” by Joseph Hickman is starting to draw attention to the scandal.

Accusations are being made that the Defense Department and the VA are attempting to squash the idea that a link exists between burn pits and service-related illness.

If the link were ever to be acknowledged, the government would not only have to acknowledge the folly of burning toxic trash in the open air, but would have to pay for the treatment of veterans so afflicted.

The idea that the government is trying to cover something up is not a spurious conspiracy theory. The burn pit story comes on the heels of revelations (6) that the VA has been denying veterans health care that they are entitled to by placing them on secret waiting lists.

Veterans have actually died of preventable causes while waiting for treatment. The sooner that the light of day is shone on this problem, the sooner that it can be solved, and those responsible can be held accountable.