What Will Humans Do When Artificial Intelligence Can Do Everything? 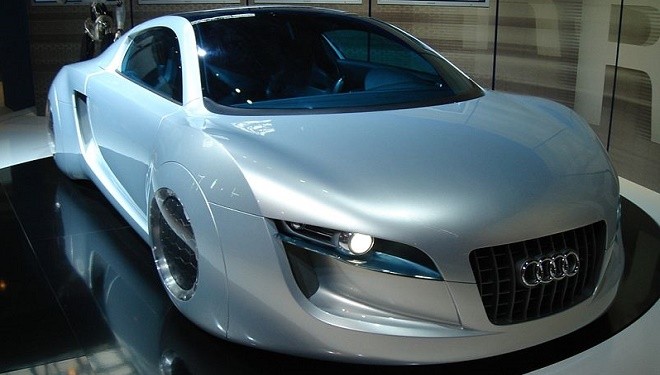 SallyPainter view more articles
Facebook 0 Twitter 0 Pinterest 0 Google 0 LinkedIn 0
In February 2016, during AAAS (American Association for the Advancement of Science) Annual Meeting Global Science Engagement held in Washington, DC, Rice University computational engineering professor Moshe Vardi painted the picture of a future in 30 years that will see half of the working human population out of work thanks to robots (1).

It isn’t the current robotics used in many manufacturing and other applications that will put humans out of work; it’s the 30-years from now generation of automated machines containing advanced Artificial Intelligence (AI). In fact, experts believes that within 25 years, automobiles will be completely AI controlled (2).

According to Tech Times, the future AI robot predecessors are the current smart machines. Humans are becoming dependent upon technology more and more for everyday existence.

Vardi believes that by 2045 (3) humans will rely on machines to do “a very significant fraction of the work a man can do.” Experts are predicting that these automated AI machine systems will be rolled out within the next two to three years.

During his speech, Vardi asked a very important question, “If machines are capable of doing almost any work humans can do, what will humans do?”


The Cost and Efficiency of AI Robotics

The jobs that are most likely to be targeted are those called, “in the middle”. These jobs have skill sets that can be automated via smarter technology. Replacing humans with AI robotics would be more cost effective than to continue to pay humans. Converting human jobs to automation is known as job polarization.

For example, AI machines wouldn’t need breaks, holiday and vacation pay, sick days, healthcare insurance, or other benefits. AI machines could feasibly work 24/7 or rotate machines in shifts to avoid overtaxing them. Productivity could then be increased and manufacturers would see a sizable reduction in production costs. This would give companies a higher profit margin than possible with a human workforce.

Why wouldn’t companies want to take advantage of the technology? With the advent of the Industrial age, jobs were lost to machines and the progress of industry has seen more and more human jobs eliminated and replaced by automation.

The threat of AI machines taking over these middle jobs is something experts like Vardi believe should be discussed now, while there’s still time to plan for the shift in the workforce. Solutions can be devised so that displaced human workers can have a work/career future. And perhaps more importantly, oversight.

There is an air of life imitating art whenever the topic of AI robotics is brought up. Would it be possible for robots to become self-aware and take over the world as depicted in the movie series Terminator?

Yale University ethicist Wendell Wallach warns, “There’s a need for concerted action to keep technology a good servant and not let it become a dangerous master.”

Beyond the immediate economic impact for the average person is the impending threat of rogue automated weaponry and drones, like those depicted in the Terminator movies. International Business Times (IBT) reports that in January 2016 Stephan Hawking, Theoretical Physicist, said if left unchecked AI would be disastrous for the human race. IBT quote Elon Musk, who said unchecked AI was “summoning the demon” (4).

It doesn’t require much imagination to envision what a world run by automated AI machines would do to the general (middle) workforce. For example, the prediction that in 29 years automated vehicles will be a norm translates to millions of people out of work.

Imagine all of those who drive a vehicle for a living are suddenly obsolete. Bus drivers, cab drivers, truck drivers, delivery drivers are just some of the people who will need to find other jobs.

What would those replacement jobs be? What kind of work could they find, especially if similar paying jobs were filled with robots?

Vardi stated that such displacement of workers by automated machines would create an industrial revolution not seen since the first one nearly two centuries ago. The Industrial Revolution began in 1760 and lasted until sometime between 1820 and 1840 (5).

The reality is that a new industrial revolution began when “smart machines” were first introduced. The evolution of AI technology seems inevitable. How it happens, and whether or not it is beneficial to humans, remains to be seen.