China and Human Cloning: Will They Do It?

GabriellePickard view more articles
Facebook 0 Twitter 0 Pinterest 0 Google 0 LinkedIn 0
A Chinese company known as the Boyalife Group has announced it will begin cloning cows later in the year. Will the organization that is responsible for creating the biggest cloning factory in the world, start making human replicas? It believes it has the technology to do so but public disapproval is stopping the company from taking the giant leap in human cloning.

In an article about ‘enhanced humans’, Futurism informs that the Boyalife Group is currently constructing a huge cloning factory in Tianjin, China (1). Production in the cloning plant is expected to start in the forthcoming months with the cloning of cows. The company aims to clone one million cows every year by 2020.

Cloning activities in the huge plant will not be confined to cows alone. According to Boyalife Group’s chief executive Xu Xiaochun, the company also intends to clone dogs and thoroughbred racehorses.

Boyalife has also announced it is working alongside the Chinese Academy of Sciences, as well as a partner in South Korea, to improve their cloning activities and capacity.

“The technology is already there. If this is allowed, I don’t think there are other companies better than Boyalife that make better technology.”

Abnormal babies being produced through human cloning is one of the ‘non-ethical health risks from the mutation of genes highlighted by Dixon, who poses the question – if the many attempts to clone animals produce disfigured monsters with severe abnormalities, why would the cloning of humans be any different?

Then there are the emotional risks, as a child grows up unable to establish his or her identity.

Dixon also cites the non-ethical risk of abuse of the technology, raising the concern about powerful leaders getting their hands on cloning technology to abuse it for their own purposes.

Public opinion surrounding human cloning is not entirely negative. The medical capability this technology will offer is, by some, viewed as a positive in future medicine. As one reader wrote in response to the Daily Mail’s article on the Chinese cloning factory:

“I think from a medical standpoint, being able to clone a healthy organ to save a life would bring about an incredible change of times.” 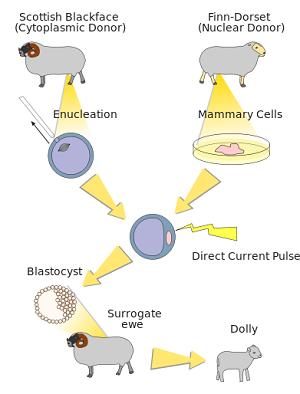 Is Cloning Unethical or Not?

Boyalife Group’s chief executive believes ‘social values can change’ and cited homosexuality as an example of changing social views over time. Attempting to justify the act of human cloning, Xu said that in time, cloning could mean humans have more choices about their own reproduction (2).

“Currently, the only way to have a child is to have it be half its mum, half its dad,” said Xu, adding: “Maybe in the future you [will] have three choices instead of one.”

According to Xu the cloning facility in Tianjin will be used as a safeguard of biodiversity to house a bank of genes and capable of holding up to five million samples in liquid nitrogen. As the Futurism article stipulates, this gene bank will serve as a “catalog of endangered species in hopes of regenerating them in the future.”

It certainly seems when it comes to modifying human makeup, China, which has started enhancing humans for battle, is at the forefront (3). Embrace it or oppose it, we’re likely to see the art of cloning become increasingly ubiquitous, with China leading the way.

What are your thoughts on cloning, particularly human cloning? Unethical and not right? Or necessary for the advancement of medicine? We’d love to hear our readers’ thoughts on such an important ethical issue. 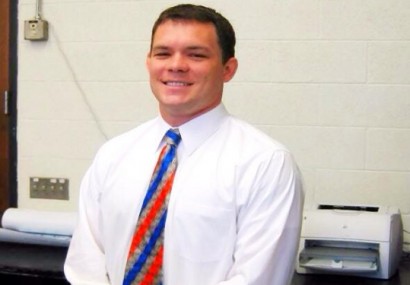 Lacking closure, the Todds asked both the Singaporean and American governments to help them out; nothing was adding up. The police report seemed to be from another crime scene [...]