Is Biohacking the Next Big Thing or a Disgusting Fad? 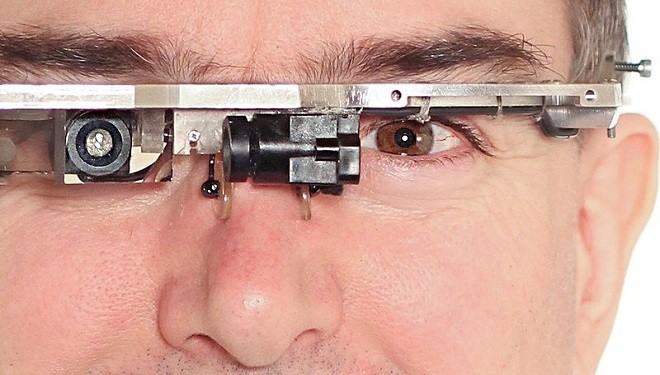 SallyPainter view more articles
Facebook 0 Twitter 0 Pinterest 0 Google 0 LinkedIn 0
If you haven’t heard the term before, biohacking is a growing movement to push humans to the next level. This includes implantations that transform humans into what some believe will be the future of the human race.

Biohackers are known as “citizen scientists” and they are doing more than just implanting magnets in their fingertips. They are also altering their DNA and even their cells. They are a new breed that combine the hacker community and the biological one.

These pioneers are experimenting on themselves, but it’s not a random, careless form of self-experimentation. According to KSNV News 3LV out of Las Vegas, Nevada, some of the biohacks took three years of planning before they were implemented on a human. In some areas in the US, like southern Nevada, biohacking is illegal (1).

Biohacking, also known as wetware hacking shouldn’t be confused with Do-It-Yourself biology (DIY biology or DIY Bio) that’s another “growing biotechnological social movement”. Unlike biohacking, the DIY Bio community uses traditional methodologies that research institutions use. In fact, many within the DIY Bio community have “extensive research training from academia or corporations, who then mentor and oversee other DIY biologists with no formal training” (2).

Just as with any field of endeavor, there are various members of the biohacking community who don’t like the term “hacking” since it’s associated with illegal activities.

For some biohackers, their desire to advance the human race may come from the frustration of a technological dangling carrot. Since the 1950s society has been told that soon the world will become much like the TV cartoon The Jetson’s, with flying cars, robot servants and as Lee said, “take a vacation to the moon.” Yet, 60+ years later that promise of a high tech society still hasn’t materialized.

Rich Lee, a salesman, told News 3LV that he didn’t believe that futuristic dream would manifest in his lifetime. He said, “I just decided I got to do this myself.”

Some of the body modifications made with subdermal implants include electronic chips, magnets and other technologies. Rich Lee explains biohacking as “…approaching biology with a hacker ethic.”

For instance, he has magnets implanted in his finger tips and wireless headphone ear implantations. The implants allow him to “take phone calls” or “listen to music.” He’s even able to send messages through an implant in the web part of his hand between his thumb and forefinger.

Unlike their DIY Bio counterparts, Biohackers, also known as Grinders, don’t necessarily have a science background. All that’s required is a desire to become more than human and of course a willingness to be a guinea pig.

Some chips, like those the startup company Grindhouse Wetware hopes to soon sell, will have the capability to track an individual’s health.

Cyberpunk is another term used for human augmentation. The people who implant and assist those wishing to modify their bodies are known as Body Modification Artists (BMA). It’s not easy to find these artists since most are part of an underground network. You need a referral or can only find them through word of mouth.

This isn’t Mad Maxx or some other apocalyptic driven human evolution. Biohacking artists usually have a team of highly-skilled individuals, such as biologists and software/hardware developers and engineers.

Most of these BMAs were making aesthetic body modifications long before biohacking arrived on the scene. Adding horns and other artistic implants to change body form has been going on for decades and long before that were tattoos and body piercings (3).

According to Ripley’s Believe It or Not, the current biohackers are only scratching the surface of what is possible. There are even implants available that will give a person night vision. In fact, Ripley’s predicts that, “Soon, seeing someone walking down the street with a computer embedded in their arm will be as commonplace as seeing someone with their ears pierced” (4).

The belief that innovations in biology should be available to anyone was one of the motivations for the creation of BioCurious. In 2010, after a successful Kickstarter campaign, six entrepreneurs actualized their dream of providing a place where the “innovations in biology” could be “accessible, affordable, and open to everyone.”

The facility is a community laboratory complete with a technical library and serves a wide range of people, such as other entrepreneurs, scientists, technologists as well as amateurs, citizen scientists, students and hobbyists. In addition to providing a meeting place and laboratory, the group offers a biotechnique training center that places an emphasis on safety (5).

Bulletproof Coffee and Other Techniques

Bulletproof takes a different approach to advancing human biology through nutrition. Its coffee is famous with the key ingredient – butter. Bulletproof coffee is designed to benefit the human body by feeding the brain to optimize nutrition. Their website says, “This [biohacking] is like Disneyland for adults!”

In addition to its products, Bulletproof has hosted the annual Biohacking Conference since 2012. The conference features speakers on topics, such as stem cells, light, mobility, spirituality and epigenetics (6).

A modern inventor, Steve Mann has made great strides in pushing transhumanism forward. For the past 34 years, he’s worn various versions of his inventions of augmented reality devices. Mann is highly accomplished and a tenured full professor (Department of Electrical and Computer Engineering) at the University of Toronto. He also has cross-appointments to the Faculty of Arts and Sciences, and Faculty of Forestry (7).

His latest invention, Digital Eye Glass, is permanently attached to his skull with a headpiece and is slightly similar to the eyepiece worn by the cyborgs (Borgs) featured in the TV series Star Trek, The Next Generation.

Known for his work in augmented reality, Mann is the “father of wearable computing”. In 2012, he was attacked by three McDonald’s employees in Paris, France. The attack was recorded as the first hate crime against a cyborg.

To biohackers, adding technology into the mix of body modification is a natural evolution and the future of human beings. Some feel that whatever first motivated the ever-growing biohacking community, the advances of AI (Artificial Intelligence) may spur biohacking into new realms as a way to keep up.

What do you think? Would you submit to this type of body modification if it meant you’d become a grade above the average human?