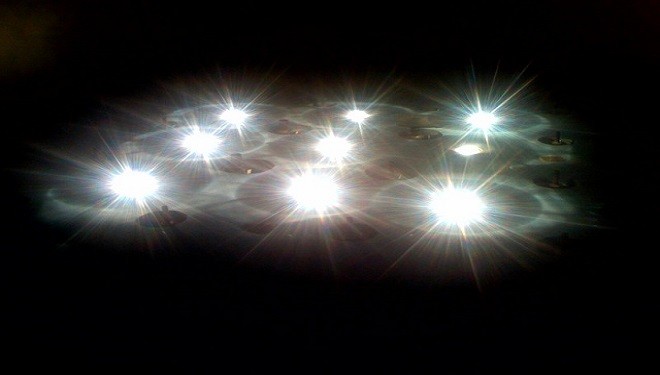 SallyPainter view more articles
Facebook 0 Twitter 0 Pinterest 0 Google 0 LinkedIn 0
There is a story that supposedly happened six years before the famous Roswell UFO crash. Until recently, few people had heard of the Cape Girardeau UFO crash. Thanks to an eyewitnesses’ granddaughter, this alleged UFO event has been brought to the forefront.

The UFO crash reportedly began on an April night in 1941. Charlotte Mann says she finally has all the missing pieces to a childhood story thanks to her grandmother’s deathbed confession.

Sitting 115 miles southeast of St Louis is Cape Girardeau, Missouri. Named for Jean Baptiste de Girardot, the “Cape” was a “rock promontory overlooking the Mississippi River” obliterated when the railroad was built (1).

It was in this town sometime between 9:00 and 9:30 PM that Charlotte’s grandfather, Reverend William Huffman, a Baptist minister, was called to the scene of a plane crash. His role was to administer to the injured and dying passengers, except when he arrived at the scene he claimed that the plane turned out to be a UFO and the passengers were alien “Greys”.

According to Charlotte, by the time her grandfather arrived on the scene two of the aliens were dead and a third struggling for breath.

KLTV (East Texas TV station) reported that Rev Huffman administered to the third alien. Later, he told his wife that the alien was barely breathing as he kneeled beside it. As he began to pray, the creature took its last breath (2). The Reverend explained that he then kneeled beside the other two dead aliens and said a prayer over their bodies.

The Cape Girardeau story doesn’t end there. Rev Huffman said he was allowed a look inside the UFO where he saw very strange writing. Charlotte stated, “He said it looked similar to hieroglyphics. The Egyptian hieroglyphics.”

Meanwhile, he also claimed that the military descended on the scene. Her grandfather claimed that he was quickly sworn to secrecy on the grounds of national security. After that, the UFO event and dead aliens became a closely guarded family secret.

Charlotte explained that, “He [her grandfather] was told, ‘This did not happen. You did not see this. This is enormous national security. You’re not to ever speak of it again.’ ”

Even though he said the military warned him not to speak of the crash, Rev. Huffman told his wife and sons. In his book, “UFO Crash Retrievals: The Inner Sanctum – Status Report VI,” Leo Stringfield discusses the letters Charlotte wrote him about her grandmother’s deathbed recounting of the UFO event involving her grandfather (3).

According to Charlotte’s grandmother, Rev Huffman wasn’t the only one called to the crash site. She stated that several police, fire and emergency crews were there as well as the FBI and military.

Rev Huffman’s description of the aliens was very much like the now commonly known Greys. According to Stringfield, others have signed sworn affidavits about the UFO crash. Also included in his book are the Cape Girardeau Fire Department records. The records detail the crash, the military removal of the crash debris and how the fire department personnel were sworn to secrecy by the military.

Charlotte grew up hearing snippets of the story, but that wasn’t all. Her grandfather was in possession of a photo that her father showed to her. The photo was of two men holding up the lifeless body of one of the aliens.

According to Charlotte, a few weeks after the event, a local photographer gave the photo to her grandfather. UFO Casebook identifies the photographer as a member of the Baptist minister’s congregation (4).

The photographer told Rev Huffman that he wanted someone else to have a copy of the photo. He apparently felt that person should be his minister.

Charlotte said, “You couldn’t see those big eyes and not be affected. It wasn’t anything I had ever seen.”

So where is the photo? Charlotte’s grandfather loaned it to a friend and unfortunately, the friend never returned it. She has no doubt that the story her grandfather told her is true. At least a photo would have helped lend credibility to the story, but with no evidence it remained an unprovable family secret.

It wasn’t until she was preparing for a TV documentary about the UFO crash that she found whatshe believes is proof . Charlotte states she came across a declassified “top secret” document about the retrieval of the Cape Girardeau UFO. She felt this was all that was needed to substantiate her grandfather’s story; a story she’d heard bits and pieces about until her grandmother’s deathbed confession.

Since the Cape Girardeau UFO crash is not as widely known as Roswell, it’s often met with a great deal of skepticism. Declassified evidence pointing to the 1941 April crash may challenge skeptics to reassess it as a possible UFO cover-up (5). Still, there is little evidence to prove the story, so it is hard to ascertain exactly what occurred on that strange night in 1941 in Cape Girardeau. There could be any number of explanations and without the photograph or document to support her claims, one has to look at the reports with a bit of skepticism.