US Navy Officer Charged With Spying for China

Lin, an immigrant from Taiwan, is a naval flight officer with an extensive signals intelligence background. He served as a signals intelligence specialist on board the Lockheed Martin EP-3E Aries II reconnaissance aircraft. He has also been a department head for the Hawaii-based Special Projects Patrol Squadron Two ‘Wizards’ (VPU-2) as well as a congressional liaison officer.

Aside from several counts of espionage, Lin is charged with patronizing prostitutes and adultery, both violations of military law. Even though Lin’s alleged spying was only recently revealed, he has been confined for the past eight or so months at the Naval Consolidated Brig in Chesapeake, Virginia.

Details of what Lin allegedly passed to the Chinese have been redacted from his charge document for reasons of national security. How the Chinese recruited Lin is not yet known, though the revelation about prostitutes is a tantalizing hint. It is known that he traveled outside of the United States to meet with his Chinese handlers to pass intelligence and receive instructions.

However, Lin’s job with a unit that flies what are essentially spy planes would give him knowledge of how electronic signals are gathered on missions near a foreign country such as China. That fact means that he was likely able to pass critical intelligence to the Chinese about what the Navy has picked up as well as technical knowledge needed to counter such electronic eavesdropping.

While the Lin case is being compared to that of John Walker, the last active-duty Navy officer to have been convicted of espionage during the Cold War, John Schindler, writing for the Observer (2), suggests that Lin constitutes just the latest security breach that has afflicted the Navy. He says these security breaches are because of political correctness.

Schindler cites two other security breaches that involved civilian contractors of foreign extraction. Mostafa Ahmed Awwad, a civilian naval engineer, was recently convicted of passing secrets about the aircraft carrier USS Gerald Ford to a person he thought was an Egyptian intelligence officer but who was actually an FBI agent.

Another civilian engineer, who called himself James Robert Baker, was found to have been actually Majid Karimi, who was born in Iran. “Baker” seems to have acquired a large amount of money that he cannot account for and has traveled on his Iranian passport in violation of security rules. He lied about his true identity and biography for 30 years. If he is involved in espionage, no one is saying at this time.

The point is that it is a legitimate counter-intelligence practice to pay particular attention to the ethnic backgrounds of people who might be recruited by a foreign power. The Navy has apparently failed to follow this practice.

In addition to these spy cases and the Washington DC Naval Yard shooter, a financial scandal has been uncovered. This involved a Malaysian entrepreneur suborning senior Navy officers, including several admirals and an NCIS officer, to steer ship-repair business to his benefit. This suggests that a breakdown has occurred in how the Navy handles security. 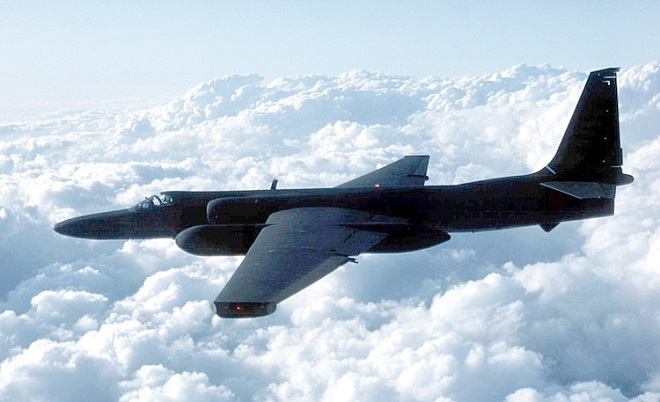 While it is a truism that everyone spies on everyone, including friends and allies, the apparent failure in Navy security, especially in the Lin case, should be cause for alarm.

The United States military relies on its technological edge to deter and, if necessary, defeat enemies. The more of that technology that a potential enemy such as China can acquire, the harder it will be for the American military to prevail.

China, which is aggressively laying claims to large swaths of international waters in the South China Sea (3) and the East China Sea (4), is a grave concern to the United States and its Pacific Rim allies.

The Chinese are conducting a massive military buildup as part of a long-term strategy to supplant the United States (5) as the world’s sole superpower. It would behoove the armed forces to take greater care in guarding their secrets against such an ambitious, imperialist power.