What Was the Flatwoods Monster of West Virginia? 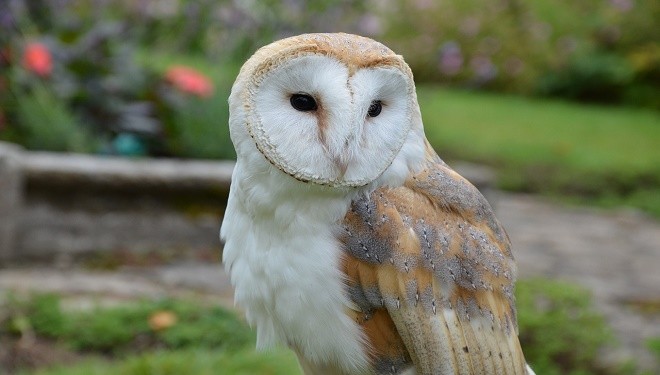 SallyPainter view more articles
Facebook 0 Twitter 0 Pinterest 0 Google 0 LinkedIn 0
It’s as controversial as the Mothman and comes with as many debunkers lining up to give their theories about what eyewitnesses really saw. Depending on who you listen to, the Flatwoods Monster was either the product of misidentification and hysteria or an actual creature possibly of alien origin complete with its red/orange glowing UFO.

The most retold version is that three boys were playing football at 7:15 p.m. on September 12, 1952 in Flatwoods, West Virginia and saw a brilliant object streaking across the sky. The media later reported the object was a meteor that traveled across three states before crashing into a hillside (1).

The boys who are frequently mentioned as the witnesses include:

The boys along with Kathleen “Kathy” May (mother) hiked up the mountainside and discovered the red/orange glowing spade-shaped UFO pulsating and to the left hovering underneath a tree was a 12-foot tall being with red eyes.

A gaseous mist rushed out from the being, making them nauseated. Terrified, they ran back home. The boys were sick and Lemon suffered convulsions and vomiting for several hours afterwards.

The debunking story following the incident was that the group didn’t see an alien at all, but an extremely large barn owl since its face is shaped like a spade. The shrill sounds were owl screeches.

Flatwoods Monster researcher Frank C. Freschino, Jr. states that he’s spent 20 years investigating that September night. His investigation includes video-taped or recorded interviews with the eyewitnesses and others involved in the investigation of the incident.

According to Freschino, there are no astronomy documents to back up the meteor explanation except for the meteor mentioned in the Project Blue Book report (2).

In his 33-minute documentary made about his revised book, Freschino explains that the hillside where the object landed was about a quarter of a mile up the mountain behind the May home that was situated at the entrance to the Fisher Farm.

A dog accompanied the group, running ahead but turned back whimpering and ran home. When the group reached the Fisher Farm hilltop, they were greeted by a large pulsating “ball of fire” some 50 feet away.

Along with the strange light, they reported a pungent smell coming from a strange mist that made their eyes and noses burn. Just to the left of the object, they noticed a pair of eyes and trained a flashlight on it, only to discover a 10-12 foot green creature hovering there.

In Freschino’s interview with Kathy May, she states that beams of light shot out from the creature’s eyes. As it floated toward them, a gas was released from its lower torso. In addition, the creature sprayed her with some kind of black oily substance that smeared her clothing.
Kathy said that the creature was making hissing sounds like “frying bacon sizzling” and a metal sound like a “silver dollar hitting against a piece of canvas.”

The alien’s presence terrified the group and they ran back to the house and called the sheriff.

The popular description is a creature 12-feet tall with a round head and a spade-shaped hood. Its lower body is draped with folds of cloth. According to Freschino, that description is an artist’s misinterpretation.

A few days after the encounter, A Lee Stewert (co-owner of local newspaper), Kathy and one of the boys were flown to New York to appear on the then popular TV show, “We the People”.

Prior to going on air, Kathy and the boy met with an artist to draw the creature, but the artist added claw-like hands and the picture was quickly flashed onto the television screen to become the poster child for the Flatwoods Monster.

In 1996, Freschino interviewed Stewert who stated it was a state police officer who called him that night and asked him to go to the May’s house. The sheriff was “tied up” when Kathy called and they’d send someone as soon as they were freed up.

In the Barry Conrad YouTube documentary, Kathy states the sheriff was busy investigating another similar sighting. She explained that there were four reports of UFOs that night (3).

When Stewert arrived at the May house, he found Kathy and the boys frightened. They were nauseated, wheezing and coughing. Kathy’s eyes were red and weepy. Stewert coaxed two boys to take him to the site. Joined by neighbor men, everyone was armed with shotguns and some also had pistols.

Stewert stated that one boy was “crying like a whipped pup.” He said it was dark and difficult to see with only flashlights and lanterns. He noticed a pair of skid marks on the ground (debunkers identify these were made by a truck). They went back to the May home and the following day he returned to interview Kathy and the boys.

Lemon had convulsions and vomiting all night. The others suffered from swollen throats and irritated sinuses. The doctor compared their symptom to mustard gas exposure.

Kathy told Freschino in the 50th anniversary interview that she had to take her boys to the doctor every day for 6 days because their nasal “membranes were irritated” and it made their throats raw.

Freschino points out that all of the witnesses eventually suffered either from lung or throat cancer or both and wondered if the illnesses were related to the gaseous mist that made them ill.

All kinds of explanations are offered for what the group saw that night:

The eyewitnesses rejected the debunkers’ explanations, saying they knew what they saw and felt. Many other eyewitnesses came forward, but their stories were equally discounted as imaginations or mass hysteria.

Two of those included:

–> September 13, 1952: The following night, a husband and wife along with their young daughter traveling through Frametown encountered the same creature when their car stalled (4).
–> One week before Flatwoods incident: A mother and her daughter (21) reported seeing the same creature 11 miles from Flatwoods. Afterwards, daughter was hospitalized for 3 weeks.

A radio interview with a journalist who actually investigated the sightings is found in the Conrad documentary. Ivan Sanderson was a renowned journalist and author as well as a noted biologist and geologist. He wrote for journals, such as True, Sports Afield and Argosy and general interest pieces for the Saturday Evening Post. He’s credited with debunking the 1909 Jersey Devil incident as “an elaborate real estate hoax” (5).

Sanderson went to Flatwoods, West Virginia a couple of days after the incident and along with other journalists interviewed the boys who witnessed the craft landing and the monster/alien.
According to Sanderson there were a total of 14 eyewitnesses that hiked up that mountainside:

Over the course of three days, Sanderson interviewed each boy and then in groups of 2, 3, 4 and all together. He was astounded that “none of the kids deviated from the story one iota.” He commented how difficult it would be to accomplish that had it been a hoax. The boys, “Never made a mistake,” in the retelling of what happened.

He examined the site and found a deep impression where the craft was said to have landed along with three markings indicating a tripod support.

Sanderson stated that there were in fact a total of 6 objects in the sky that night and many eyewitnesses.

He gave details of the 6 objects:

#1: Flew on to Alabama.
#2: Landed in Flatwoods behind the May’s house.
#3: Crashed into the side of nearby mountain. Sanderson and other journalists investigated.
#4: Crashed into another nearby mountainside. Witnessed by two disabled brothers from their farm who tried to coax others to investigate, but none would.
#5: Blew up in the air: Family McClean sitting on porch witnessed ship exploding over mountains.
#6: Flew on to Alabama in a parallel line with #1.

There was a 15 ft wide impression with bushes flattened and beyond was a mass of white plastic-like material scattered all over. He had the material analyzed but the scientists couldn’t determine what it was. It appeared to be some kind of plastic, but had an organic structure. He said it looked like a dried up snake egg. They tried everything to soften the material until someone suggested trying water. This finally softened a small piece that they then stretched to nearly 9 inches.

After talking with a chemist who said the valley hung heavy with polluted carbonized air from the coal mines and chemical plant, Sanderson believed that in passing over the valley somehow the air intake of the spaceships was the “wrong kind of air” and interfered with the machinery. #1 and #6 were able to bypass the harmful air since they traveled along the outer parameters of the formation and continued on course toward Alabama.

Not everyone accepts Sanderson’s investigation and conclusions. Joe Nickell of The Committee for Skeptical Inquiry writes that Johnny Lockard (95) of Flatwoods told him that almost everyone “recognized it for what it was: a meteor” (6).

He says a former local newspaper editor stated the meteor was seen in Maryland, Pennsylvania and West Virginia. He calls Sanderson’s explanations nothing more than “fanciful notions”. And states it’s an obvious conclusion that what everyone saw was a meteor breaking apart, not six different UFOs.

He also backs up his meteor theory with a report that an unidentified staff member of the Maryland Academy of Sciences “announced that a meteor had passed over Baltimore at 7 p.m. on September 12.” The staff member stated that the meteor was “on a trajectory toward West Virginia.”

The Flatwoods Monster tale becomes confusing with so many debunking theories and accounts about the monster (7). Was it a meteor breaking up or 6 UFOs flying in formation when something went terribly wrong? Did the 14 eyewitnesses suffer from mass hysteria? Or, did they actually see what they reported and fell ill from the mist? What do you believe?