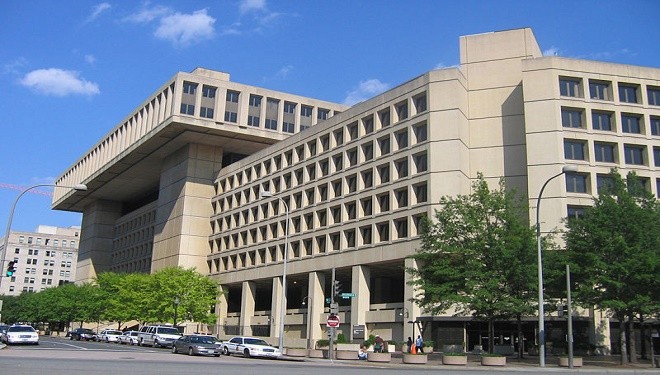 Mark Whittington view more articles
Facebook 0 Twitter 0 Pinterest 0 Google 0 LinkedIn 0
The FBI does not have a real-life version of the X-Files (1) and is not specifically charged with investigating paranormal activity. The Bureau’s mandate is the investigation of federal crimes, including espionage, drug smuggling, bank robbery, and offenses committed on federal land.

However, the FBI has occasionally found itself delving into paranormal subjects, such as UFOs, ESP, psychic abilities, and weird cults.

The United States government took a keen interest in UFOs from the late 1940s, when the Roswell Incident happened, to the end of the 1960s, when the Air Force’s Operation Bluebook was closed. FBI files are filled with references to UFOs, sometimes as a direct subject of an investigation; at times as an issue tangential to a different line of inquiry.

A fascinating UFO case concerned Silas Newton (2), who posed as a Denver oilman starting in the 1930s. Newton came under the Bureau’s radar when it suspected him of committing fraud by salting land he owned or leased and then bilking money from investors. He was eventually charged in a Los Angeles court in 1970.

However, a letter exists in an FBI file on Newton concerning claims he made about seeing a flying saucer that had crashed on land he leased in the Mojave Desert, containing 18 three-feet-tall occupants, all dead. The account was published in a number of magazines in January 1960 and was part of a book called Behind the Flying Saucers by Frank Scully.

The story has become known as the Aztec UFO Hoax (3), perpetrated by Newton to attract investors to extract minerals from the land where the flying saucer allegedly landed. He claimed to have a machine that could detect metals. No one in the area, especially in the nearby town of Aztec, noticed a crash or any subsequent military activity. This fact has not stopped Aztec from milking the story for tourism dollars and holding an annual UFO festival.

Another FBI file, dating from 1957 to 1960, contains a number of cross references on the subject of extra-sensory perception (4), the alleged ability to perceive things that otherwise cannot be seen or perceived by ordinary senses.

At one time the United States government was interested in ESP as a tool for espionage or criminal investigations. Several of the documents in the file concern a man named William Foos, a proponent of ESP. Despite a number of exhaustive investigations, the FBI concluded that no scientific basis exists for ESP and quietly dropped the matter.

Sylvia Browne claimed to be a psychic and a medium, which proved to be a lucrative business, with books, TV, and radio programs, and the Nirvana Foundation for Psychic Research.

Browne’s predictions often turned out to be false. Her alleged psychic abilities failed her when the FBI began investigating her (5) and her husband, Kenzil Dalzell Browne, as the result of several bank loans taken out by her and various of her business enterprises, which caused substantial losses to those banks in the 1980s.

The investigation eventually led to an indictment for investment fraud and grand theft in 1992 and later for grand larceny. The Brownes finally received one year each of probation. In addition, Sylvia Browne was sentenced to 200 hours of community service.

The Relationship to Cults

Finally, the FBI was tasked with investigating mass suicides by the Heaven’s Gate cult (6). Heaven’s Gate was established in the early 1970s with the belief that the Earth was due to be “wiped clean” and that only a select group of people would be saved by space aliens when the event transpired.

To be eligible, a member had to erase all attachments to the planet, including all human characteristics such as family, friends, sexuality, individuality, jobs, money, and possessions. They even went so far as to castrate themselves and change their names.

In March 1997, Marshal Applewhite, one of the cult’s founders, who went by the name of “Do,” decided that it was time for the cult members to board an alien spaceship that was following Comet Hale-Bopp, then passing close to Earth.

This process involved the 39 cult members taking poison and placing plastic bags over their heads to induce asphyxiation. In this way, their souls would be transferred to the alien spaceship.

Applewhite and the other cult members were found in their bunks in repose at the cult’s mansion in San Diego. The FBI identified the bodies and determined that the cause of death was suicide.

Whether the Heaven’s Gate people made it to the spaceship or not is a matter of conjecture.