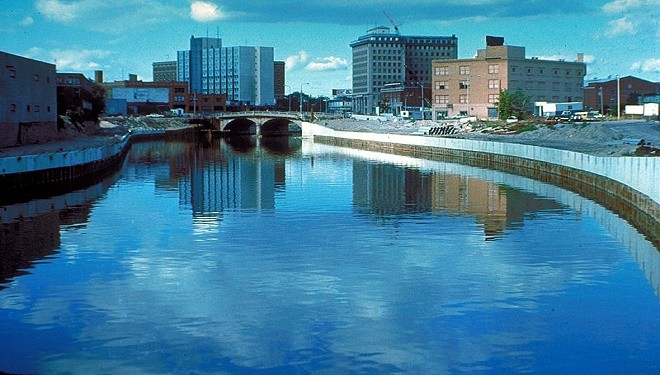 On April 19, the bodies of Sasha Bell and another woman, Sacorya Reed (19), were discovered in Bell’s home. Both women had been shot. In an astonishing discovery, emergency responders found a one-year-old child in the home whose life had been spared.

The child’s gender wasn’t disclosed and its identity was withheld. There was speculation that the child was Bell’s son. It was her son’s poisoning from the heavy metals in the water that motivated Bell to seek legal action against the government.

It didn’t take police very long to close in on a murder suspect. 18-year-old Malek Emmanuel Thornton was taken into custody the day after the two women’s bodies were discovered. He was later charged with two counts of first-degree murder, two counts of open murder and felony firearm.

Immediately, the Internet was slammed with all kinds of conspiracy theories surrounding Bell’s death. She was often in the center of the Flint water controversy and among those demanding justice for their 2-year long water crisis.

Many speculated that Bell was actually assassinated in an effort to silence her and diffuse the situation. However, at the time of her death the government cover-up of the Flint water contamination was unraveling and arrests imminent.

According to Michigan Live (MLive), Bell was leading one of the 64 lawsuits in the contaminated water crisis. Those lawsuits represent 144 children and named 6 company defendants and 3 individual government employees.

All of the defendants are charged with playing “a significant part in the oversight that led to the alleged poisoning of thousands of children in Flint” (1).

There are between 6,000 and 12,000 children who have been exposed to high levels of lead due to the city’s change in water supply to one that was corrosive and eroded old lead pipes (2).

It wasn’t until a group of Flint citizens contacted renowned consumer advocate/lawyer Erin Brockovich that the national spotlight finally turned on their town’s contaminated water crisis. Up until that time, Flint citizen complaints about their water being dangerously polluted for nearly two years fell on the deaf ears of local and state governments (3).

In fact, in July 2015, in an effort to downplay residents’ fears and demands, Flint Mayor Dayne Walling drank a cup of tap water that TV5 anchor Colette Boyd filled for him (4). Walling gulped down the water, assuring viewers that their water was safe to drink. He said, “It’s your standard tap water. You can taste a little bit of the chlorine.”

Even with that kind of demonstration and attempt to reassure, Flint citizens didn’t buy the propaganda. An investigation was at long last initiated. MLive reported, “An investigatory task force recently denounced the government as ‘fundamentally accountable’ for the crisis.”

MLive reported that there were no signs of foul play. The autopsy didn’t reveal a cause of death and the results of a toxicology report are pending (5). McFarland’s obituary simply stated that he “died suddenly” (6). According to ABC, McFarland was questioned by investigators of the Flint water crisis (7).

On the heels of these three deaths came three arrests in connection with the cover-up of the Flint contaminated water supply. Mlive reported that Michael Glasgow, identified as the Flint Utilities Manager, was one of three people charged for criminal activities surrounding the cover-up (8).

Glasgow is listed on the City of Flint website as the “Assistant Water Plant Supervisor” (9).
Glasgow was charged with “one felony count of tampering with evidence and a misdemeanor count of willful neglect of duty. Prosecutors allege that he tampered with 2015 water monitoring reports.”

Stephen Busch a district supervisor of the Michigan Department of Environmental Quality’s (DEQ) Office of Drinking Water and Municipal Assistance, Michael Prysby, a former district engineer with the DEQ were charged with multiple felony counts and two misdemeanor charges.

The Flint water crisis investigation is ongoing and so is Bell’s lawsuit. MLive reported that the lawsuit will proceed on behalf of Bell’s son with an “appointed representative” acting on his behalf. Thornton’s motive for killing Bell and Reed hasn’t been revealed.