Brazil Releases Details of Military Confrontation with UFO in 1986 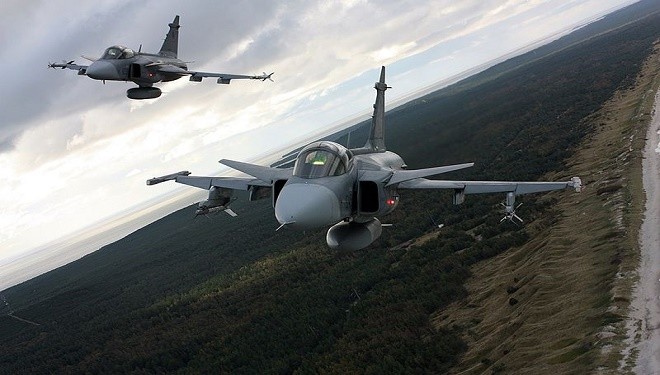 GabriellePickard view more articles
Facebook 0 Twitter 0 Pinterest 0 Google 0 LinkedIn 0
The Brazilian Air Force has released formerly classified information related to UFO research dating back to the 1980s. The newly released information tracks an incident that occurred in Brazil in 1986 when around 20 UFOs were sighted by numerous airplanes and by ground radar.

According to the reports, the UFOs were sighted by at least six airplanes and by ground radar on the night of May 19, 1986, flying over several states in the south east of Brazil (1).

Unidentified radar returns were tracked by the Integrated Air Defense and Air Traffic Control Center in Brasilia, as well as by Sao Paulo Airport.

Three Mirage jet fighters and two F-5E planes were said to have been scrambled from in the states of Sao Paulo and Goias.

As UFO Evidence states, the incident was “discussed openly” by Brazil’s high ranking government officials (2). The case was reported by the president of the Brazil-owned oil firm Petrobras, Ozires Silva. Reports say that Silva had been flying on a jet plane when he and the pilot sighted and pursued the UFOs from almost half an hour.

Between 20:00 hrs. (5/19) and 01:00 hrs. (5/20) at least 20 objects were detected by Brazilian radars. They saturated the radars and interrupted traffic in the area. Each time that radar detected unidentified objects, fighters took off for intercept. Radar detects only solid metallic bodies and heavy (mass) clouds. There were no clouds nor conventional aircraft in the region. The sky was clear. Radar doesn’t have optical illusions.”

The Air Force admitted that they did not have the technical operational conditions to explain the incident but announced that a commission would be made in order to study the incident.

What is interesting is that the Aeronautics Commission report was never released. However, accounts of the radar controllers and air force pilots that witnessed the UFOs flying over north-eastern skies of Brazil in 1986 were widely published in the media.

30 years later, Brazil decided to publish the formerly classified information. On Reddit, a video of a report of the incident that shows the dialogue between the pilot and the controller as they were chasing the UFO, caused quite a stir amongst readers (3).

One Reddit reader asked “Why is this nowhere else on the entire Internet?”

Another was quick to note that the report was shown on the popular Brazilian news show ‘Fanastico, which only covers the most important news of the week, proving that the story about the UFO incident is being taken seriously.

Top Secret Writers is keen to keep our readers up to date about secret, classified UFO documents, and why governments remain intent on keeping them hidden from the public domain (4).

The fact that Brazil has gone ahead and declassified such information 30 years after the UFO incident took place could possibly suggest that there may be some new clues as to what the Brazilian government knows about the mysterious UFO incident that took place over Brazil in 1986.