Does Lower Trust in Media Mean Americans Are Getting Smarter? 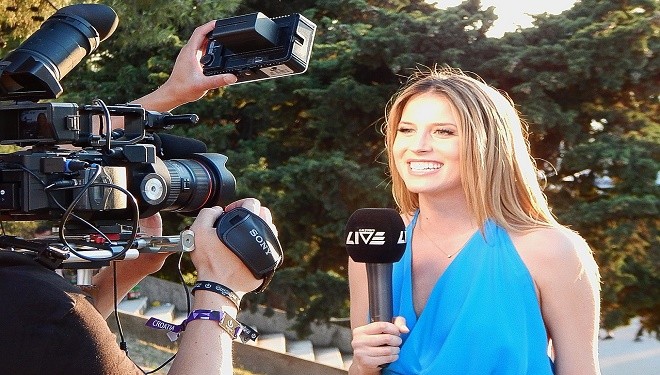 SallyPainter view more articles
Facebook 0 Twitter 0 Pinterest 0 Google 0 LinkedIn 0
Are the days of objective news reporting gone? Many people feel that in its place opinionated journalists have been encouraged to editorialize the news instead of simply stating the facts and letting the public draw their own conclusions. Some believe that the news is simply politically biased.

The decades-long growing trend of biased reporting was highly demonstrated during the first and second quarters of the 2016 Presidential election. Americans witnessed biased news reporting more than ever before while major news organizations revealed their true left or right wing political views. Force feeding biased agendas through news reporting has backfired. According to a 2009 and 2016 survey, the US news media has created an atmosphere of distrust in their audiences over the past decades (1).

This modern form of biased journalism doesn’t resemble the type of journalism people used to expect. News outlets have strayed from the truest definition of journalism as stated by Columbia Graduate School of Journalism. The syllabus description promises the course, “Trains journalists in a program that stresses academic rigor, ethics, journalistic inquiry and professional practice” (2).

A large majority of Americans believe those ethical professional ideals have been replaced with biased journalism with news media outlets pushing personal political agendas. This general consensus was confirmed by a 2016 survey.


Survey Reveals Americans Do Not Trust the News Media

During February and March 2016, American Press Institute (API) funded a study on the level of trust that Americans have in their press. Staff from API, Associated Press (AP)and NORC Center for Public Affairs Research at the University of Chicago initiated and collaborated on the study conducted by Media Insight Project (3).

NORC’s AmeriSpeak Panel was used to select panel members. AmeriSpeak Panel is NORC’s “probability‑based panel designed to be representative of the U.S. household population.” From this panel, 2,014 people were randomly drawn to participate in the survey.
The results were startling to some people while being confirmation to many others that the American public distrusts the American press.

–> 38% (about 4 in 10) Americans said that a “specific recent incident” destroyed their trust in a news source.
–> There were two problems common to those who lost trust in news sources: either perceived bias or inaccuracies.

What makes you trust a specific news source? For many it’s the accuracy of the reporting while others are more concerned about staying up with the latest details of an event. The survey asked about these and other reasons participants trusted certain news sources.

What about the news found via social media? The survey results were less flattering when trusting social media news reporting. “People who rely on social media heavily for news are highly skeptical of the news they encounter in those networks.”

This skepticism doesn’t prevent social media consumers from examining news feeds on Facebook. The survey participants stated they recognized certain cues to help them determine whether or not to trust the news item.

–> 66% find the original news source determines if they can trust the information.
–> 48% stated that the reputation of the person sharing the material wasn’t a trust factor.

This trend of distrust in the news media has evolved over the past decades. In 2009, the Pew Research Center (US Politics & Policy) published its survey on the public’s perception of the accuracy of the press. The consensus was that the accuracy rating was at a two-decade (1985-2009) all-time low (3).

In addition, the 2009 survey revealed just how Americans felt about the news media.

According to American Press Institute’s survey, the news reporting trends continue to spiral down as the news media ignores its loss of credibility. Instead of attempting to remedy the lack of faith in its accuracy and unbiased news reporting, major news media have seemingly stepped up their decided political slants and subsequent agendas.

This end result glaringly conflicts with the code of ethics journalists are taught. The Society of Professional Journalists (SPJ), founded in 1909 defines the ethics of this profession under the heading “Seek Truth and Report It”.

The SPJ states, “Ethical journalism should be accurate and fair. Journalists should be honest and courageous in gathering, reporting and interpreting information” (4). Why the Change in Trust?

Personal computers and access to the Internet in the 1990s altered the landscape of how people obtained news and general information.

The Internet explosion presented Americans with massive streams of information and multiple ways to connect with each other through social media. Other venues, such as Internet talk radio shows, news websites and topic-focused websites added to the mix.

All of these in turn opened the doors to other news sources, especially international ones that added new perspectives to various issues and topics.

While the Internet is also plagued with biased and inaccurate news reporting, it provides a 360-degree platform for all perspectives.

Another new and equally important addition is the sharing of individual human experiences that often bring the truth to light that otherwise would never have voice.