Mark Whittington view more articles
Facebook 0 Twitter 0 Pinterest 0 Google 0 LinkedIn 0
If aliens are keeping tabs on what we humans are up to, Vandenberg Air Force Base (1) would likely be a prime target for reconnaissance.

Vandenberg is located on the Pacific coast in California and is the home of the 30th Space Wing of the United States Air Force’s Space Command. Its primary mission is to launch Department of Defense satellites into polar orbit. In addition, the base leases launch facilities to SpaceX, a commercial space launch firm.

The Reddit UFO page (2) relates a story that was reported to Nuforce by an unnamed man who claims to have been a civilian contractor at Vandenberg working launches of Atlas missiles from 1964 to 1978.

The man claims that he witnessed a number of UFO incidents during said launches and that the Air Force is aware of these incidents and is covering them up.

The ‘Big Eye’ was used to receive immediate sight data to verify the flight profile for each missile launch. During the Thor (4) launches, it was imperative that the BlueStreak (5) (much smaller missile used for gathering exhaust gases data for analysis by Douglas Aircraft to improve the main engines)(sic). While viewing some of the launch films, it was quite common to see UFO activity paralleling the flight. Given that for many of these years, the Thor was considered the fastest ICBM that we had, on launch(sic).

“The BlueStreak was a small, extremely fast, single-stage missile used strictly for gathering various data about the missile flight. It was fired T+10, into the exhaust trail, in the case of the Thor, to within 1,000 yards of the missile. On many occurrences, UFOs were seen to ‘catch’ the BlueStreak, track with it, then speed up and ‘catch’ the Thor missile, tracking it for a brief time, then speed away at a terrific speed.”

A number of the details of this account do not add up. The Thor missile was originally developed by the United States Air Force as an Intermediate Range Ballistic Missile (not an ICBM) capable of delivering nuclear warheads in the 1950s and was deployed in Great Britain.

The Thor has served as a stage for a number of other launch vehicles, including the venerable Delta II. Its primary test and development program occurred before the unnamed UFO whistle blower says he worked at Vandenberg.

It could be that he was referring to launches of other missiles of which the Thor was part. 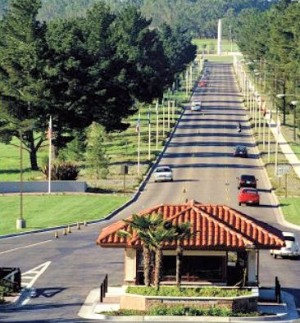 The BlueStreak is also a detail that jumps out. BlueStreak, Blue Streak, as it is properly spelled, was a British medium-range ballistic missile project developed during the 1950s to augment the United Kingdom’s nuclear deterrent.

The project was cancelled in 1960 when it became clear that it was too expensive and too vulnerable to a first strike by the Soviets. The British attempted to preserve the project as part of a civilian launch vehicle.

The first iteration of this proposed British launch vehicle was called Black Prince. When the British found that the project was too expensive, they brought in West Germany, France, and Italy, and the Europa rocket was born.

That Blue Streak project was abandoned as well in 1968 after a number of launch failures. Britain’s European partners worked for a while on another version of the Europa called Europa 2.

No record exists of the Blue Streak being used for any purpose at Vandenberg. One might suppose that the British loaned the rocket as part of a secret project, but there seems little reason to classify an attempt to monitor rocket exhaust from a close proximity.

With these nagging details in mind, we have to label the account implausible at best.