The Men in Black – The Stories and Legends Behind Them 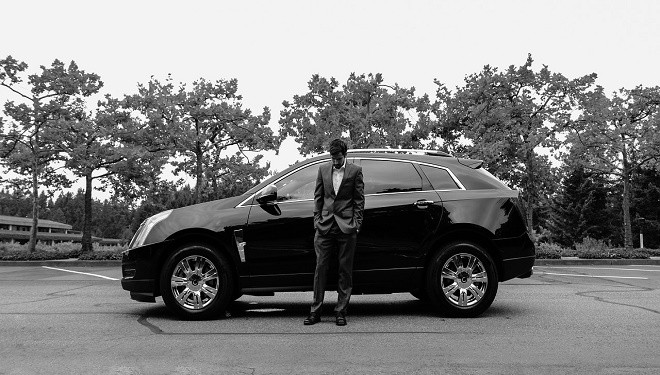 SallyPainter view more articles
Facebook 0 Twitter 0 Pinterest 0 Google 0 LinkedIn 0
They’ve inspired three films and continue to fill the Internet with stories. The Men in Black are said to show up after certain UFO sightings and encounters (1). Their arrival on the scene is ominous and their mission seems to be one of intimidation and threat.

Those who have seen UFOs report that afterwards the MIB have paid them a visit with demands that they not speak of their sighting or encounter. Those demands are sometimes vague threats other times the sudden appearance of the MIB is so intimidating no threats are necessary.

Who are the Men in Black?

No one truly knows who these pasty-faced men are. Some are described as having an olive complexion, while some are said to be foreign, Asian or Native American. Some are also reported to be bald, blonde or dark haired. While their physical appearances seem to have a wide range, two things they all have in common are their dress and vintage vehicles.

Appropriately dubbed Men in Black, these visitors are dressed in black suits, white shirts, narrow black ties, black sunglasses and in most cases are donning black hats pulled low over their eyes. Witnesses remark that the men are identical or eerily similar in physical attributes. This could be because of their uniform of black suits et al. According to witnesses, the MIB demeanor, dress, mannerisms and speech are robotic.

In addition to their appearance, there are reports that the Men in Black (MIB) always arrive in 1950s-1970s mint-condition black cars. These are high luxury vehicles, such as Cadillacs or Lincolns. A few reports describe the MIB arriving in black helicopters. Some describe the vehicles as unmarked and others describe some form of insignia or emblem on the door. Weird neon colored lights are often seen illuminating the interiors.

Are these men government agents or are they agents of a nefarious alien race?

According to UFO Evidence, the first reported incident of the MIB was in 1953. Albert K. Bender, editor of the UFO publication Space Review, published an eerie warning in the October 1953 issue. Bender warned fellow UFO investigators to “be very cautious.” Bender explained that “…he had come across information that would solve the flying saucer mystery but could not print it because he was ordered not to.” (2)

UFO Evidence reports that Bender was later interviewed about this warning and stated three MIB had “ordered him” to cease publishing information about UFOs. Bender told the interviewer that he had obeyed the order “because he had been ‘scared to death’ of them.”

Although he’d been frightened by the MIB, Bender went on to publish a book, “Flying Saucers and the Three Men in Black”.

According to Gregory Myers’s, 10 Creepy Stories of Encounters with Men in Black, Bender’s encounter with the MIB occurred in his bedroom. Adding to the creepiness of this story, Bender reported he was lying on his bed and suffered a “dizzy spell”. This was when he realized “several dark shapes” began to appear in his room that “slowly materialized into men in black suits with black hats obscuring their eyes and faces” (3).

If this wasn’t startling enough, Bender said he witnessed the intruders’ eyes light up in a glow. They communicated with him telepathically to destroy his work and stop all UFO research.

There are many MIB stories and the majority are very strange with the MIB acting oddly and decidedly not as typical humans. This has led to speculations that the MIB are alien, robot or android entities. Huffington Post tells the 1976 chilling story of a family physician in Maine, Dr. Herbert Hopkins. Unknown to anyone else, Dr. Hopkins was researching a UFO incident when he received a phone call from a supposed UFO group that later proved to be bogus. The man asked to come over immediately to the doctor’s home to discuss his research (4).

Agreeing to the meeting, Dr. Hopkins hung up the phone and walked across the room to turn on the outside light when there was a knock on the door and when he opened the door; there stood a MIB.

The doctor described the typical pasty-faced, bald man dressed all in black except for his white shirt. He described the man as wearing red lipstick that during the course of their conversation, the MIB smeared when he brushed his brown gloved finger over his lips. The doctor was alarmed when the smeared lipstick revealed abnormally formed lips that were a “perfectly straight slit.”

At the end of their conversation, the man asked Dr. Hopkins to place a coin in the MIB’s hand. The stranger then proceeded to turn the copper penny to silver then blue whereby the coin started to look fuzzy and “out of focus”. Slowly, the coin “dematerialized”.

Upon the end of this magic show, the MIB ordered Dr. Hopkins to destroy all of his UFO research. Dr. Hopkins noted that the MIB spoke in a monotone robotic manner. He described how the MIB’s speech grew slower and when the stranger attempted to stand in order to leave, he was unsteady and weak.

The MIB said his energy was “running… low…” and he must leave. He had difficulty descending the outside steps and had to steady himself by grasping onto the railing, taking one step at a time.

The MIB didn’t arrive or leave via the typical black car. Dr. Hopkins reported that the stranger simply walked around the corner into a bright light and disappeared.

UFO researchers and eye-witnesses have reported these strange visitations from MIB that leave them feeling threatened and frightened. Whoever the MIB are, they seem to easily accomplish their mission of intimidation and even if only temporarily, stopping the spread of UFO information.