This Was Why Carl Jung Was Fascinated With UFOs 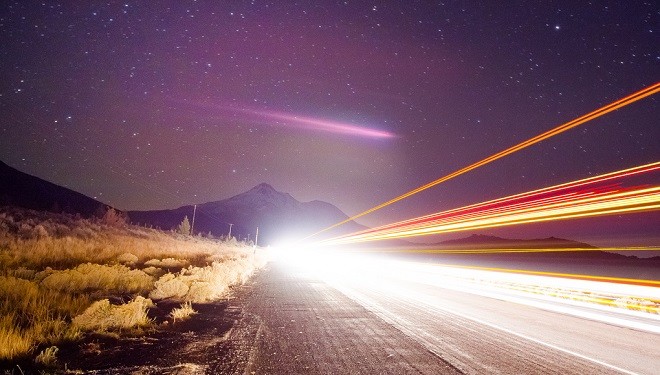 Jung tackled the psychological aspects of the UFO phenomena by attempting to ascribe it with a deep psychological need. This was his way of trying to explain what wasn’t explainable as the first wave of UFO reports erupted after the reported Roswell crash.

In the Princeton University Press book, “Flying Saucers: A Modern Myth of Things Seen in the Sky. (From Vols. 10 and 18, Collected Works) by C. G. Jung, the reader gains insight into the famous psychologist’s views on UFOs (2).

Jung postulates that anyone who claimed to see a UFO was in fact a victim of “projection-creating fantasy.” Jung attributed the need for this type of fantasy to the world situation that made people feel that “everything is at stake…”

He felt that those reporting UFOs had a strong need to feel that gods from other planets were in control of life on Earth and that the fate of the human race was in their domain of power.

Perhaps the one Jung statement gives the best insight to his UFO theory. He described “sections of the community who ask themselves nothing were visited by ‘visions,’ by a widespread myth seriously believed in by some and rejected as absurd by others.”

The Princeton Press book blurb makes it clear that, “Jung’s primary concern in Flying Saucers is not with the reality or unreality of UFOs but with their psychic aspect.”

As though contradicting the first half of the blurb, Jung’s interest in the UFO phenomena wasn’t so much about whether or not it was real, but why it was happening in such large numbers. He believed that it was in direct correlation to world unrest and reflected the fear people had for the future. He called the UFO phenomena “a modern myth”.

The modern myth concluded that the human psyche projected its fear factor into a type of salvation for the human race with extraterrestrials coming to the rescue.

In 1946, Jung turned his attention to the UFO phenomena by collecting all types of information, include gobbling up books on the subject. The Jung Page describes a 1951 letter that Jung wrote to a friend living in America expressing his frustration over the UFO phenomena.

Jung writes, “I’m puzzled to death about these phenomena, because I haven’t been able yet to make out with sufficient certainty whether the whole thing is a rumor with concomitant singular and mass hallucination, or a downright fact” (3). Ultimately, Jung concluded that it was simply “more desirable” for people to believe in UFOs than to dismiss them. He also believed that the “internal psychic” state of a person is mirrored by “external events”.

He also commented that such fantasies signify an ending of an era or age. He turned to ancient Egyptian history as proof that he was right. Endings, such as Platonic months and the beginning of another are just one example of how Jung felt UFOs were such psychic fantasies. He believed UFOs were the manifestations of psyche desiring intervention from outside forces, such as ancient gods.

Turning back to the myth theory, Jung felt that TV and movies made about UFOs and aliens simply reinforced the notion to the psyche that such things were possible and therefore could be real. He believed these symbolism of fear evolved from the end of the war in the 1940s and grew during the ensuing threat of the Cold War.

According to UFO Evidence, in a 1958 interview Jung (83) admitted that he didn’t know if UFOs existed or not. Yet, he also stated that his profession should try to discover what those who believe in UFOs/aliens needed. In other words, why did people feel they needed such fantasies (4)?

UFO Evidence states that Jung appeared to have been conflicted when he told two friends that UFOs were real and he wasn’t interested in the psychological aspect of the phenomena.

To understand this completely opposite point-of-view, it’s important to recognize that Jung was known to see both sides of issues and often held contradictory views on the same topics. Whatever he ultimately believed, Jung’s books on the UFO topic point to individuals needing to believe in a power greater than themselves and a God or gods that would protect and save the world from destruction.