Clown Sightings in North Carolina Are No Joke 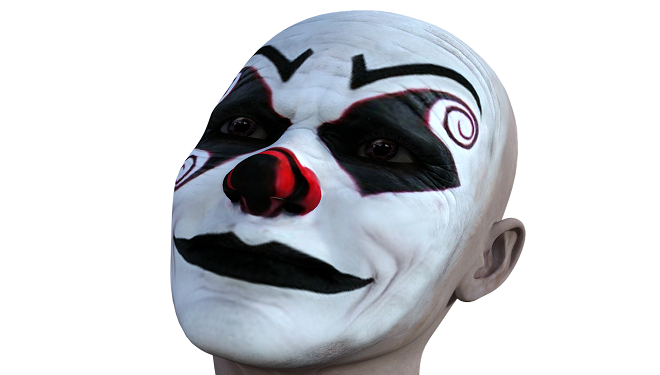 Children reported seeing clowns appearing and trying to entice children into nearby woods with money or treats. Not one of these sightings has been confirmed, but parents and local police are taking the matter seriously.

People dressed as clowns trying to lure children into an isolated area are the exact MO of a child predator.

The incidents have since escalated and spread to other communities in Greenville County and nearby Spartanburg County. A local Fox TV affiliate (2) reports an account of a person dressed as a clown lingering at an apartment complex.

Some have been knocking on doors, and a woman reported a clown in her backyard. She took a photo of him and chased him off, though the conditions were too dark for local law enforcement to make out anything.

Thus far, aside from eyewitness reports, law enforcement has not been able to verify the clown sightings or even if the clowns exist. However, according to People Magazine (3), Greenville Police Chief Ken Miller warned that whoever are dressing as clowns and terrifying residents need to stop, or they will be subject to arrest.

Various theories abound as to what is causing the clown sightings.

One theory suggests that the sightings are related to the recent release of a Rob Zombie horror film, “31,” which features a gang of sadistic clowns. People could be wandering about dressed as clowns, either as a publicity stunt for the movie, or inspired by the film to frighten people for their own amusement.

Another theory is that the matter started because of the overactive imaginations of some children, spread to the adults and that the clowns do not actually exist.

No one, oddly, has mentioned aliens (4).

The last theory, the most chilling of all, is that the clowns are a group of child predators who have decided to stalk children in that area of South Carolina. The possibility has both parents and law enforcement on edge.

Certain details about the case jump out.

No one in law enforcement has actually seen any of the clowns or found any evidence of their existence. Except for the dimly lit photo taken by the woman of the clown in her backyard and a man named Kevin Thoman (5), no one has taken any pictures of these clowns, so far as is known, despite the proliferation of smartphones outfitted with cameras.

Fortunately, no reports exist of any children who have been foolish enough to accept offers of money or treats and followed a clown into the woods. No reports have been revealed to the media of missing children who might have been connected to the clown sightings.

Also mitigating against the theory of the clowns as child predators is the fact that none of these mysterious figures have been reported as having escalated their MO by forcibly abducting young children.

Usually, when a child predator is stymied in an attempt to lure a child passively, he (and it is almost always a male criminal) will modify his technique or escalate to fulfill his need.

Clowns are usually thought of as figures of fun and laughter, making children and adults laugh at the circus and birthday parties. But people dressed in white face with red noses can also be subjects of terror, as in the before-mentioned Rob Zombie and Stephen King, whose novel “It” is about a demon who manifests as a clown.

The fact that a group of people dressed up as clowns is terrifying residents in South Carolina has spread across the United States is no accident.

It goes almost without saying that children need to be taught not to respond to the enticements of strangers, but to get away and report the incident to the nearest adult.