Will NASA Be Able to Save Us From an Asteroid Strike? 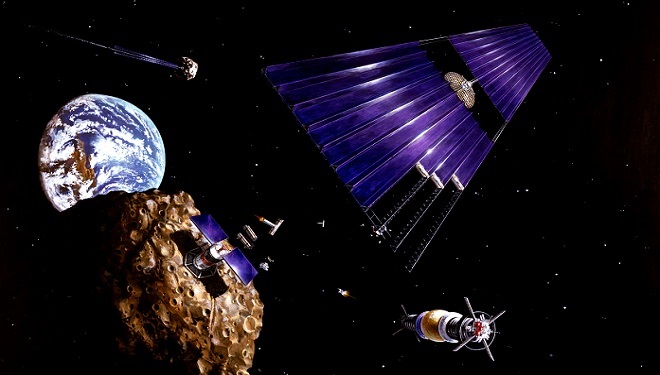 Mark Whittington view more articles
Facebook 0 Twitter 0 Pinterest 0 Google 0 LinkedIn 0
The idea of an asteroid or a comet hitting the Earth has been the stuff of science fiction for decades. The 1998 films “Armageddon” (1) and “Deep Impact” (2), as well as this author’s “The Man from Mars: The Asteroid Mining Caper” (3) tell the stories of efforts to stave off a world-ending collision between the Earth and another celestial body.

The problem is that tens of thousands of asteroids of various sizes cross the Earth’s orbit periodically. One of those flying rocks landed in the Yucatan 65 million years ago (4), creating a shock wave and a firestorm that in turn covered the planet with dust and debris that ended the dinosaurs.

A similar event would likely end most of life on Earth, including the human race.

Two recent occurrences in Russia, 1908’s Tunguska impact (5) that resulted in a 15 to 30 megaton airburst in Siberia and the smaller 2013 Chelyabinsk meteor (6) that damaged thousands of buildings and injured more than 1,500 people, illustrate how vulnerable the Earth is to these strikes.

However, as White House Science Advisor John Holdren recently pointed out (7), human civilization has yet to come up with an effective response to asteroid impacts.

It is not as if practical asteroid deflection strategies have not been thought of. Space.com (8) examined two such strategies in a recent article.

One strategy would be to smash an impactor into the asteroid that would deflect it just enough so that it would miss the Earth. Another would be to fly a spacecraft near the asteroid, the idea being that its tiny but persistent gravity pull would cause the flying rock to change course.

One method that is often used in the movies, using a nuclear explosive, is not considered a good solution, as it would transform a big rock into a swarm of little ones that would still hit the Earth but over a wider area.

NASA, naturally, has been tasked with coming up with solutions to the asteroid threat. The space agency saved the world in “Armageddon and “Deep Impact.” (The heroes in the author’s story were commercial asteroid miners.)

Oddly enough, NASA is planning a mission to go to an Earth-approaching asteroid, snag a boulder from its surface, and then deliver it to lunar orbit for astronauts to visit it. The Asteroid Redirect Mission is highly controversial.

Dr. Richard Binzel, one of the world’s leading experts on small celestial bodies, has pronounced ARM to be a waste of time and resources (9). Binzel suggests instead stepping up the detection of Earth-approaching asteroids and perhaps sending a crew of astronauts to one of them in its native orbit.

Nevertheless, NASA is touting the Asteroid Redirect Mission as not only a step on its Journey to Mars program but also as a test of technology that could be used for asteroid deflection (10).

A solar electric rocket engine would be used to deliver a spacecraft to an Earth-approaching asteroid, snag the boulder, and then take it to lunar orbit. The same propulsion system could be used to deflect an asteroid should it threaten the Earth. 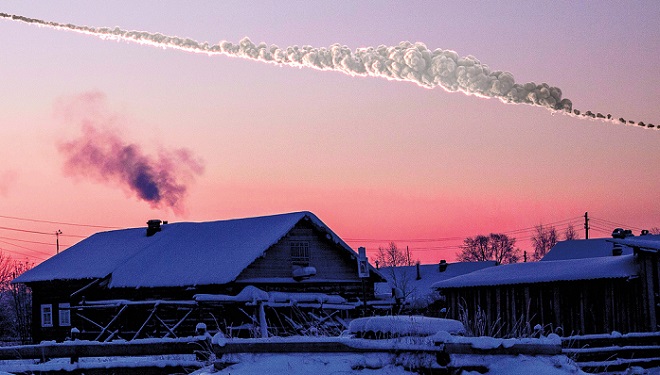 Alternatives to the ARM Program

Recently a group of United States senators, led by Ted Cruz of Texas, have proposed a NASA authorization bill (11) that would, in part, order the space agency to develop alternatives to the ARM program. One of those alternatives might be to directly test an asteroid deflection system using the solar electric rocket.

Ironically, Earth-approaching asteroids, thought of as a threat by some, are also regarded as sources of great wealth (12) by a number of commercial companies founded to mine these celestial bodies.

Planetary Resources and Deep Space Industries propose to extract the estimated trillions of dollars of mineral wealth that exist in the Earth-approaching asteroids. Thus, while these bodies might destroy the Earth, given imagination and effort, they might enrich it instead.