Funniest Conspiracies From the 2016 Presidential Election

GabriellePickard view more articles
Facebook 0 Twitter 0 Pinterest 0 Google 0 LinkedIn 0
Whether you are pleased of the Presidential Election outcome or not, we all must agree that the Trump/Clinton race to the White House was awash with controversy, drama, contempt and, sometimes, outright absurdity.

With Donald Trump, a well-known conspiracy theory peddler, and Hillary Clinton, no stranger to being on the receiving end of many a conspiracy, how could these two big personalities escape the clutches of gleeful conspiracists, eager to stir up trouble in one of the biggest political events of an era?

Top Secret Writers looks at some of the funniest conspiracies from the 2016 presidential election.

1 – Clinton murders to cover up crimes

Clinton was no stranger to being portrayed as corrupt and unlawful during the campaign, and none more so the rumors circulating that she had carried out murders in order to prevent her secrets from getting out.

One of the most compelling of the “Clinton murders” was that the family had taken part in the murder of Deputy White House counsel Vince Foster. Despite accord that Foster tragically committed suicide in 1993, (1) according to the conspiracy theory, Foster was killed in order to protect that Clintons and keep their secrets safe.

The notion that the election of Trump to lead the Republicans in the presidential campaign was a deliberate interference campaign on behalf of Clinton and the Democrats, was one interesting theory circulating during the race to the White House.

Jeb Bush, former Florida governor, gave the theory some fodder, when he tweeted:

“Maybe Donald negotiated a deal with his buddy Hillary Clinton.”

The theory that Trump was a deliberate tool planted by the Clinton family to ensure Republican voters didn’t vote for such an extreme right-wing candidate, is (2) referred to as the “Pied Piper” strategy.

Of course, if this theory is true, it spectacularly backfired given the result!

3 – Trump and the Illuminati

Could Trump be rebelling against the (3) top secret society the Illuminati to break us away from its grip? Or could he actually be a member of the Illuminati, the elite “chosen one” to “usher in Armageddon?” Both theories have been voiced, so whatever way you look at it, Trump and the Illuminati go hand in hand. 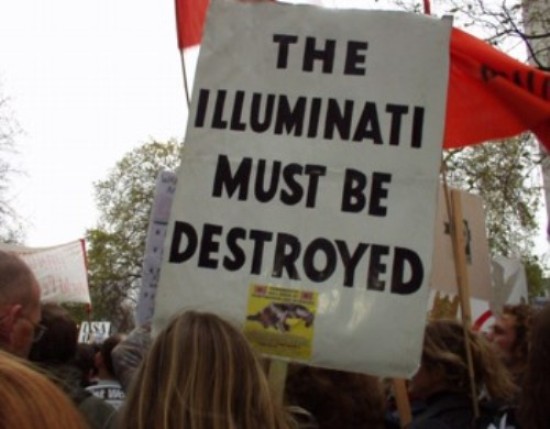 That said, Hillary Clinton’s presidential campaign wasn’t free of Illuminati accusations, as the Democrat candidate was belittled as being an (4) “Illuminati overlord and literal witch who practices a powerful brand of satanic shamanism.”

4 – Trump and the Kremlin puppet

One conspiracy theory that proved popular during the election campaign was fueled by Clinton herself, who (5) attacked Trump as being a “Kremlin puppet.” In an attempt to deflect criticism about the Clinton Foundation and its association with foreign donors, Clinton accused her rival as being a “Kremlin puppet”, who had “deep financial ties” to both Russia and China. 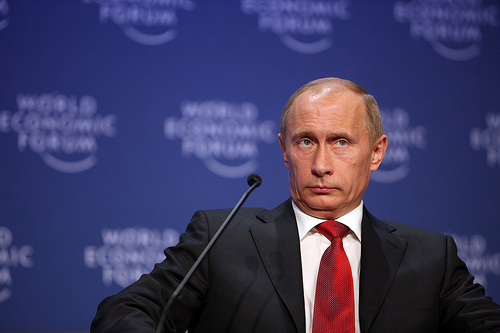 “Donald Trump is refusing to disclose deep financial ties that potentially reach into the Kremlin, which could influence his foreign policy decisions. None of this is being disclosed.”

5 – Clinton and her ongoing health problems

A cough at a conference, a stumble at an event, any sign of Hillary Clinton’s seemingly waning health was jumped upon and propelled into a drama that the Democrat candidate was suffering serious health problems.

As Vox writes, the (7) Hillary Health conspiracy theory has:

“Injected the claim that Hillary is physically unfit to be president into the mainstream, forcing the candidate to respond.”

Yes, when it comes to tantalizing conspiracy theories, the Trump/Clinton rivalry was certainly a breeding ground for conspiracies at their most creative to foster, escalate and rouse the imagination.

What’s your favorite conspiracy theory from the 2016 Presidential Election?