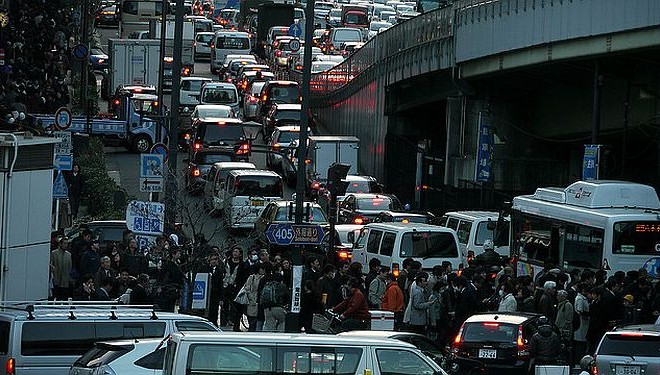 GabriellePickard view more articles
Facebook 0 Twitter 0 Pinterest 0 Google 0 LinkedIn 0
Talk about spot on predictions! One Reddit member published a post forecasting that an earthquake was going to happen in, most likely, Alaska, Japan or California, starting on 11/16/2016. True to the Reddit member’s words, a powerful earthquake occurred off the northwest of Japan’s coast in November.

The 7.4 magnitude earthquake created a tsunami of up to 90 centimeters and sent nearby residents to flee their homes and seek higher ground. The earthquake struck in the same area that was devastated in 2011 by a tsunami which killed around 18,000 people (1).

The powerful earthquake is said to have shaken buildings in Tokyo, some 150 miles to the southwest of the earthquake’s epicenter. Some minor injuries and damage was reported (2).

The Reddit member, who goes by the name of “GlobalHell” put a post on Reddit, claiming to be a “solar observer”, who has studied the sun since 2010 (3). According to the Reddit member, after watching solar activity for so long, he/she can notice certain consistencies in patterns. When the solar wind peaked to 750km/s, “GlobalHell” said he/she expected a 7.0 earthquake.

The solar observer went on to talk about how when solar winds drop rapidly, he/she believes the energy from the sun “hibernates inside the planet”. This “energy” is eventually resurfaced when the solar wind speed stabilizes. The Reddit member talked about how Japan is known its series of large scale activity and in his/her words would, alongside Cali and Alaska, be “another area to watch out for.”

According to the solar observer, the sharp decreasing of wind, is usually indicative of a “huge, huge quake activity. Likely 7.0+”. The member advised that for the next 48 hours or so for people to have an exit plan, as he/she truly believed there was an 80% chance this event would occur.

The Reddit user admitted that he/she might not be a professional observer but has “nailed some awfully large quake predictions.”

This is not the first time earthquake predictions outside the likes of the US Geological Survey have been uncannily accurate.

Hours before Tokyo suffered a 6.0 earthquake, a Reddit user that goes under the name TheEarthquakeGuy made a post on Reddit warning that a big quake was impending, something in the excess of 6.0+ on the Richter scale.

Just ten hours following the post being published on Reddit, a 6.0 earthquake hit Tokyo, causing around 17 people to be injured, but, thankfully, no deaths.

The Daily Dot recognised the accuracy of the Earthquake Guy’s predictions (4), stating:

“Whether EarthQuakeGuy has mysterious technology that the USGS would be after, or is in fact part of a similar agency, is a mystery. Whatever the secret, it’s clear that the world could use more people with this kind of super power.”

What are your thoughts on the uncannily accurate earthquake predictions on Reddit? We’d love to hear our readers views on these unnerving predictions.