Koi is the pseudonym of a British barrister (the type of lawyer who argues cases in court in the UK legal system) who felt obliged to keep his real identity a secret in order to protect his career and his family. However, as a result of a flame war that erupted on UFO forums, another UFO community figure, Ted Roe, the cofounder and executive director of NARCAP(1), the National Aviation Reporting Center on Anomalous Phenomena, as well as the founder of a new group, IAUAPR(2) (International Association of U.A.P. Researchers) threatened to out Koi on the Internet.

We reached out to Isaac Koi for more insight into the threats.

“It appears to be implied – although not entirely clear – that Ted intends to cause my interest in ufology to appear in search results anytime someone searches my (real) name. Given that Ted knows people that have met me (with Ted repeatedly referring to Jacques Vallee (another well-known and respected UFO researcher) in the relevant posts), he could be in a position to do this. I’m not willing to take this risk.

I’ve been prepared to share resources freely with the UFO community for over a decade without asking anything in return, simply seeking to be allowed to participate using a pseudonym to avoid risking any potential damage to my career. The above issues suggest that I cannot do this.”

The dustup appears to have started during an online discussion on the Facebook group ET Disclosure International, about a fake alien photo that was documented on Koi’s website, according to a post on Blurry Blue Lines(4).

The photo was published as an April Fool’s joke in 1950, but a recent book entitled “UFO’s and Alien Abduction Phenomena: A Scientific Analysis” by Harold Povenmire included it as a genuine photo. At one point, Erica Lukes, the Director of Communications for IAUAPR entered the discussion to defend the so-called authenticity of the photo. She raised the notion about Koi’s real identity, suggesting that people really needed to know who he is in order to assess his “true motives”. 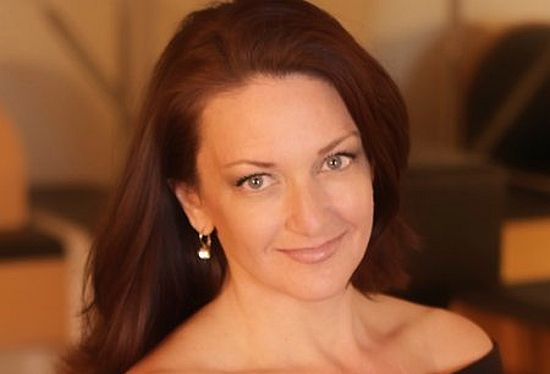 Ted Roe chimed in and took up the issue of Koi’s real identity. At one point, after the usual accusations and counter accusations that are typical of Internet flame wars, Roe made his threat to out Koi and then Koi announced his intention to withdraw from UFO research entirely.

Koi’s contribution to UFO studies over the years has been significant. He has gathered many documents from a variety of sources and to make them available to all interested parties that can be accessed from his website (5). He seems to have raised some hackles among some in the UFO community for approaching accounts of UFO encounters, including those backed by images and videos, with a healthy science-oriented skepticism.

Roe’s true motivations for threatening to out Koi, which he is now denying he ever did, are unclear. Koi believes it may have to do with a comment he made about IAUAPR on another forum. The Blurry Blue Lines account opines that he is making the threat on behalf of Erica Lukes, who felt slighted because Koi was one of the researchers who proved the so-called Roswell Slides (6) to be fakes. 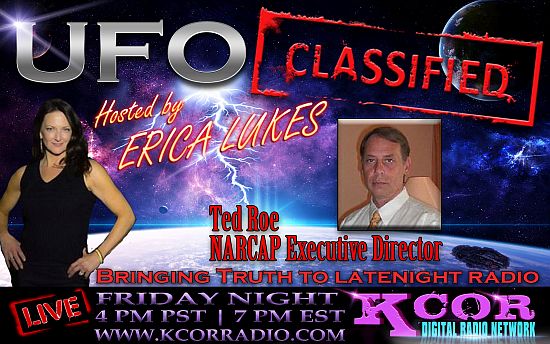 The controversy, which has rocked the UFO community, illustrates not only the power of the Internet to amplify disagreements all out of proportion, but it also reveals an inconvenient truth about the UFO community.

While some people, such as Koi, approach UFOs as an interesting scientific phenomenon, others regard them as a religion. For the latter group, aliens are indeed visiting the Earth, abducting people, and doing other secretive things, and anyone who is skeptical must be denounced as a heretic who shall be expunged. It is small wonder, then, that Koi might not want to be associated with UFO studies under his real name, considering its reputation for attracting crazies.

Years ago, I founded Top Secret Writers to provide a place where sound, science-based research on fringe topics — including Ufology — could find a home. Unlike Isaac Koi, I’ve never shied away from using my real identity. If anyone wants to know why I’m interested in any of these topics, I explain how science would never have progressed if the likes of Einstein or Isaac Newton had avoided the fringes of scientific inquiry.

Those of us who respect evidence and truth number fewer every year inside of the world of Ufology, and the departure of Isaac — a researcher I’ve followed and have come to respect over the years — is a disheartening thing for the entire field. We’ve seen the likes of Erica Lukes and Ted Roe many times in Ufology. They are entertainers, looking for drama and latching on to anything — regardless how ludicrous or flimsy — to confirm their premature conclusions about UFOs. It is a sorry example of just how pathetic the entire field has become, and how badly real scientists and effective researchers are needed.

To Isaac Koi: I hope you one day return to the field and continue on with your excellent work. You should be proud of the intelligent discourse you’ve brought to the field over the years. To Erica and Ted: You should be absolutely ashamed of yourselves.