Genetically Tweaking Babies Could Rid the World of Geniuses

SallyPainter view more articles
Facebook 0 Twitter 0 Pinterest 0 Google 0 LinkedIn 0
The controversy over gene editing in humans appears to be coming to an end as the US, UK and China prepare to conduct the first human trials in gene editing (1). The trials will focus on genetic cancers by editing the genes responsible for the diseases. Two incidences of human genome editing have already been done in China and the UK to treat cancers (2).

While such breakthroughs thunder across the world with the hope of preventing hereditary diseases and suffering, not all scientists are on board. Some scientists, like Dr Jim Kozubek author of Modern Prometheus: Editing the Human Genome with Crispr-Cas9), warn this might have unforeseen consequences, such as the disappearance of great minds (3).

Dr Kozubek points out that many great geniuses suffered from a hereditary psychiatric and/or physical illness, such as depression, bi-polar, schizophrenia or Asperger’s. He theorizes that these and other conditions may be directly related to what goes into creating great writers, artists, composers and scientists.

Delving deeper into this possibility, Dr Kozubek stated that genetic editing could put an end to playwrights like Tennessee Williams. The playwright suffered from depression and later alcohol and drug dependency.

Dr Kozubek concedes that a psychiatric illness alone might not have formed Williams’ genius. He points out that the genius could be formed by both illnesses and environment. When Williams was very young, he nearly died from diphtheria. It took over a year for him to recuperate and his alcoholic father resented his son’s weakened physical health.

Writers More Likely to be Bipolar

This combination of conditions may be difficult assess exactly how each contributed to create such a talent as Williams. Many historians point to Williams’ dysfunctional family as the inspiration for his stories (4).

Dr Kozubek suggests that before using a Crispr-Cas9, gene editing tool, that such considerations be examined. He contemplates the possibility that such psychiatric conditions may be “beneficial depending on the environment or genetic background.”

The treatment Cas9 (modified protein) is injected into the body and attacks the diseased gene like a pair of scissors and why it’s often referred to as “molecular scissors” that snip/cut out the gene from the DNA.

University College London (UCL) explains how these processes, “edit genes and create designer immune cells, programmed to hunt out and kill drug resistant leukemia.” This is the same gene therapy used on a one-year-old baby suffering from relapsed acute lymphoblastic leukemia (ALL). After the treatment, the child was diagnosed as being “cancer free” (5). 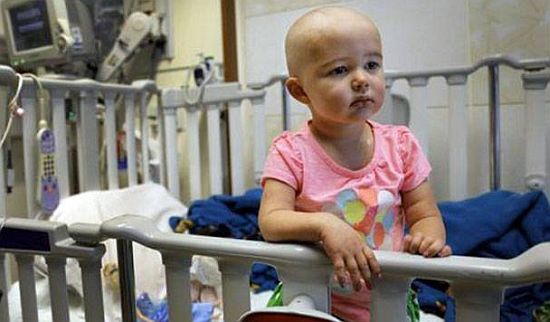 A 17-month old girl also suffering from leukemia was the first to undergo the experimental gene editing therapy. In November 2015, The Telegraph reported that the treatment Layla Richards was given only took “10 minutes to administer and now, just a few months on, Layla is free of cancer and back at home.”

She will be monitored over the next one to two years. If the disease doesn’t reappear during that time frame, doctors will be able to claim her cured (6).

The only research center of its kind dedicated to pediatric research, the Centre was recently awarded £37 million to fund its research into children’s rare diseases. (7).

Is There Too High a Price to Pay?

While there are many geniuses who have suffered from various learning disabilities and even psychiatric illnesses, what part did these challenges play in developing their art, writings, music or science? Trying to unravel the extent that such a condition(s) contributes to the development of a genius isn’t easy and may never be possible. If gene editing becomes common place, time will surely reveal if the rate of geniuses diminishes.