Mark Whittington view more articles
Facebook 0 Twitter 0 Pinterest 0 Google 0 LinkedIn 0
On December 14, 1994, 911 dispatchers in Trumbull County, Ohio, started to receive calls (1) describing an Unidentified Flying Object in the skies overhead. While the dispatchers thought the object was a low-flying aircraft, one of them, Roy Anne Rudolph, called the Liberty Township Police to investigate.

Sergeant Toby Meloro (2) was driving down Samson Drive, following eyewitness accounts of the object, when his cruiser suddenly went dead. As he tried to restart it, his vehicle was engulfed in a bright light. Meloro exited the vehicle and saw a huge circular object hovering overhead. After about 30 seconds, the object moved away without making a sound. The police sergeant’s police car returned to normal function, and Meloro went off in pursuit. The flying object soon left him behind, but he did report what he saw on his cruiser radio to nearby law enforcement agencies.


Before the night was over, 14 law enforcement officers and numerous others had seen the object and had given similar accounts. Lt. James Baker of the Brookfield Township Police Department climbed to the top of an abandoned radar tower and saw three UFOs in a triangle formation with the middle object changing colors from red to yellow to blue to green.

A nearby airport FAA control tower did not detect anything unusual on radar within a 60-mile radius.

The object (or three objects, if we include Lt, Baker’s account) was seen by multiple eyewitnesses from multiple locations, including law enforcement officers who have some training and experience in observing and reporting phenomena accurately.

However a discussion (3) on the Skeptics Society Forum provides another perspective. For instance, one poster claims that the color change that Lt. Baker observed was consistent with how some meteors behave. Another poster points out that motor vehicles do not, as a rule, spontaneously stall out and then restart. No one was able to take a photograph or a video of the object

Two explanations come to mind to explain the Trumbull incident.

One is that the eyewitnesses saw either an astronomical object such as a meteor or a low-flying aircraft that they interpreted as a UFO. One possible culprit might be an early prototype of a stealth helicopter (4), which would have had noise reduction technology and would be hard to detect on radar, especially if it was flying low.

Sergeant Meloro might have misjudged the size of the object, especially if his vision had been compromised by a spot light. His car stalling might have been coincidental to the aircraft appearing overhead, statistically unlikely but not impossible.

The other explanation is, of course, that it was aliens. If it was aliens, what was a craft doing flying the skies over a semi-rural area of Ohio near the city of Youngstown?

People versed in UFO lore will point out that Ohio is the home of Wright-Patterson Air Force Base, which is alleged to be the repository of the bodies of alien astronauts.

On the other hand, Wright-Patterson is also the home of the Air Force Research Laboratory(5) which has tested a wide variety of aircraft and related technology in cooperation with NASA and DARPA, leading back to the stealth helicopter theory. 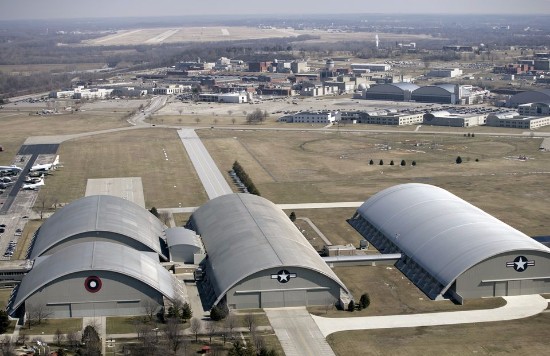 As we’ve related elsewhere (6), using large, conspicuous craft that everyone can see from the ground would be a dumb way to conduct a reconnaissance mission of an alien planet with intelligent inhabitants. The United States military has a fleet of aerial drones that can do the same job inconspicuously. An advanced alien species should have even more advanced technology that can look at Earth and observe the Earthlings without detection.

In any case, the Trumbull County UFO incident remains officially unsolved. So, aliens or some other cause are choices left for the readers to ponder.